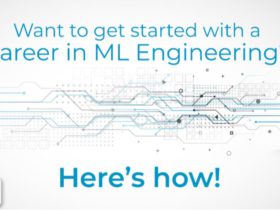 A career in Machine Learning Engineering

We all have dreams to fulfil, but very few stand up for what they dreamt of. Some give up quickly some prefer to choose a simpler path. But when we hear stories of our alums who not only stood for their aspirations but also fought the toughest phase of covid with utmost positivity, our hearts fill with immense pride. With that being said, let’s get to know Suraj Pratap Singh who is now placed at FIITJEE, Mumbai.

Suraj Pratap Singh is a Computer Science Engineering graduate from NSIT, Delhi. He is now associated with one of the top coaching institutes for JEE, FIITJEE, Mumbai as an Associate Professor Grade A-1.

His journey with Coding Ninjas

Suraj got to know about Coding Ninjas from his friends and enrolled in Data Structures and Machine Learning course. He told that it was a great experience for him, and it was then that he got motivated by Ankush Sir and the way he used the digital platform for teaching. It was at that moment Suraj decided to pursue a career in teaching.

His takeaways from Coding Ninjas

According to Suraj, it is not the coding lessons that are helping him today instead, it is the methodology that is of great use in his teaching career. Moreover, he adds, “Coding opened my mind like a parachute, and it was my choice to land in a field of my utmost competency”.

His journey to FIITJEE and dealing with the Covid

Suraj had been a student at FIITJEE in his high school as he was preparing for JEE. He even cracked JEE Mains & Advance and earned a seat at IIT, Kharagpur. However, he didn’t go for it. Instead, he chose CSE in NSIT.

Fast forward to his third year, as the placements season began, he refused to sit for the placements as he was quite sure of what he wanted to pursue. So, he started revising JEE syllabus to get well-versed with them to kick start his teaching journey. Who knew what was waiting for him and all of us?

As covid took a significant toll on the social and economic sector, offline coaching centers were a massively affected. Over the top, as FIITJEE is one of the top market players, it has a national-level recruitment test that was called off. It was a depressing time for Suraj.

It is said, “Even in the darkest times, there is light,” and just like that Suraj got his light when he got in touch with one of his NSIT alumni who worked for PhysicsWallah, now a unicorn, then a budding startup. Convinced by him, he joined PhysicsWallah as a Mathematics professor. Slowly and gradually, within one year he got promoted several times and reached a good position. Despite that, he always knew where he belonged and wanted to get there.

As the covid scenario got normalised, the national-level recruitment test took place, and he cleared it with flying colours. He was among the six people who got selected. Soon after that, he began his training in Delhi and was placed at FIITJEE, Mumbai.

What is a typical day at FIITJEE look like?

A typical day at FIITJEE includes taking classes. Every teacher is given a maximum of four classes in a day to deliver their best. Other than that, we are involved in parents’ counselling and working on improving admissions.

What makes you unique?

Even after being pressurized by his family to take up a job as he also had an education loan to pay off, he refused to take up any other career option. He even mentions teaching was important for him as he has a startup idea in mind for which he has to gain experience in the field.

On being asked how to overcome the challenges, he adds “Challenges are a part of life. But I choose to stay calm. I have seen people panicking a lot but that is not the way to deal with challenges, I believe. At FIITTJEE the environment is flexible but I remember while working with Physicswallah, there were times I slept 2-3 hours only. Due to live-streaming and recording lectures, it was never an easy task. I had the determination to overcome these challenges as I wanted people to remember me as someone who would give his all to complete the task with utmost quality and punctuality.

Tips For Our Budding Coders

“Stay focused and do your work with calmness. I have seen them panicking. Some of them do code, but their coding skills are not up to the mark, and they end up getting demotivated. To them, I would say only one thing this is not the end of the world and opportunities. If you are learning something, give your best and take it in a way that you’re building your skill set and developing your approach to solving a problem. Ultimately it’s your dedication and focus that is going to help.”

Suraj also mentioned courses like data structures & machine learning helps you open up your mind as you are exposed to several case studies. It will teach you how to deal with a bug and reach a certain solution.

School Of Thought That Suraj Follows

“Work with utmost determination, and success will come your way”.

“I would like to thank Ankush sir because it was he who inspired me with his way of teaching. Moreover I have this startup idea that I got while being associated with Coding Ninjas, and if everything goes well, I will start working on it.

Hope you enjoyed reading Suraj’s story. If you too want to share your success story, do write to us at alumni@codingninjas.com 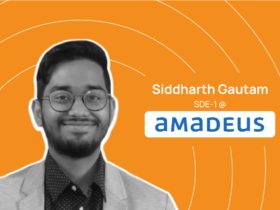