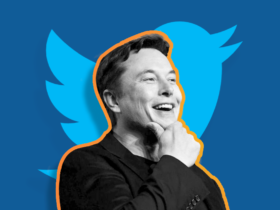 As someone said, “It’s never too late to start, it’s the determination to achieve your goal that will always be your greatest asset”, and just by holding onto this saying, our ninja alumnus, Anmol Pant has made it to one of the MNCs as a Software Engineer. Let’s dive into the article and get to know him more.

Just like his name suggests, Anmol describes himself as a high-spirited individual who has a keen interest in sports. He is a zonal-level tennis player since school. Recently, Anmol graduated from VIT, Vellore with a BTech degree in Computer Science Engineering and is now associated with Societe General Group as a Software Engineer.

When you see everyone around you moving one step ahead of you, it becomes daunting. It was the same with Anmol in his first years in college. He had Physical Education as his subject whereas his peers had computer science which is a bonus for any engineering student as they have basic knowledge of the topics. However, he tried coping with the subjects like C, C ++, and Python. He barely focused on web development and another competitive programming during his first and second years.

Fast forward to the third year, as the realization of lagging hit as the placement season was approaching, and without having a good grasp over web development he wouldn’t have been able to clear the first round of any interview. On being suggested by his friend, Anmol opted for Coding Ninjas. He feels grateful for this decision as within a few months he had a better understanding of the concepts. He got the direction that he immensely needed.

Do you still use the lessons learned in Coding Ninjas?

On being asked if the lessons still help him, he shared, “I was doing a JAVA programming course. So, during the course, the faculties did not focus on just DSA or competitive programming. They focused on the basics of software development. Now when I am working with the team in which we use DJANGO, which I was not familiar but since the concepts are the same, it becomes easier for me to grasp new things. Without any doubt, I would say that the concepts and approaches that I learned at coding Ninjas are still very helpful”.

What did you do differently to get placed in Societe General?

“I would say one thing for sure, I solved questions related to the topics after completing them. It helped me gain confidence”.

Beyond academics, what is that one thing which helped you crack interviews?

“ I am a huge believer in luck. I have seen many deserving candidates who missed out on companies just because of the time slots. This is the reason why I feel luck plays a crucial role. Apart from that, it’s the speaking skills that matter a lot. Be it any round, the way you present yourself and interact can be a plus point”.

How will you describe a typical day at Societe Generale?

The team that he is a part of works with a concoction of other teams. His team is involved in building internal software for other engineering teams, as it helps automate what they do. According to Anmol, his typical day at work includes scrum calls, maintaining the everyday task board, deliverables, and meetings with the head team.

What strategy would you use to overcome professional challenges?

“I feel it’s the competition that becomes a challenge. It’s when a few of your fellow team members have been recruited from the same campus and somewhere you know, you are competing with them however, on the other hand, you are on the same team. In college, it’s pretty simple to avoid people but in the corporate world, you need to learn to keep your differences aside and connect on a professional level”.

What would be your specialty which sets you apart from others?

“I feel when I decide to do a task, I give in my hundred percent without backing off and that’s something which sets me apart. I have seen people starting and leaving in between, but the will to complete makes me unique” By hearing Anmol answer this question so maturely, our hearts were full of pride as the amount of commitment he has at the start of his career is applaudable.

“Firstly, the entire Coding Ninja management is very thoughtful and trying to give their best.  It does not need any extra marketing to promote the platform as I have seen the reviews coming from people because of the quality they provide. To the students, I  would advise take their time and give their best. Do not panic. At some point,  I was stuck too, but just trying and sticking to your task will help you find your way out”

Hope you enjoyed reading Anmol’s story. If you too want to share your journeys with us then do write to us at – alumni@codingninjas.com