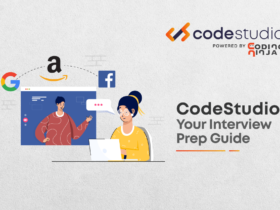 CodeStudio: A platform for aspiring & experienced programmers to prepare for tech interviews

Nothing makes us prouder than being able to talk about the accomplishments of our students and their road to success. Students at Coding Ninjas are setting records and soaring beyond boundaries; one such member is Yash Mohan, who got placed at PayU as a Software Engineer. Let’s know a bit about him.

Get To Know Yash

Yash completed his dual degree course in B.Tech & M.Tech from IIIT, Allahabad, and graduated in July 2021. He did an internship at PayU and has successfully converted it into a full-time position as a Software Engineer.

He is passionate, dedicated, and determined about what he wants to achieve and believes consistency is the key to success.

Why Did He Choose Coding Ninjas?

While preparing for his internship season at college, Yash took help from different platforms. But, while giving the coding rounds of companies like Flipkart and other tech giants, he found his preparations were not up to the mark and the reason for not clearing the interviews.

One of his friends asked him to join Coding Ninjas as his basics were not up to the mark, due to which he was lagging behind and couldn’t clear most of his coding rounds. Later in October, he enrolled in a C++ Data Structures & Algorithm course.

Yash feels extremely satisfied with the video lectures and says joining Coding Ninjas has opened several gates for him in a true sense. He started clearing the coding rounds after the course, which led him to get offers from companies like Reliance Jio and PayU.

The best thing he found about the C++ Data Structures and Algorithm course was that it helped him instill his thinking ability and problem-solving approach, which is still helping him immensely.

What Did Yash Do Differently To Bag An Offer From PayU?

While talking to Coding Ninjas, he mentioned that most of his batchmates did not take internship season seriously and got serious during the placement season, and that’s where he stood out and had done things differently.

According to Yash, it’s better to stay focused from the very start as it increases the chances of getting an internship with a PPO in a top company.

As he was also preparing for GATE, it helped him clear his theory portion and cleared the coding part with the help of the Coding Ninjas course. In addition, he says even Geeks for Geeks and HackerEarth helped him prepare for the interviews.

Master your interview with these tips!

“Make daily goals. Make a list of things and topics that you want to cover in a day. Try to finish that list, if not 100%, and try to achieve at least 90% of it. So if you achieve your smaller goals, then, you will be able to achieve your bigger goals easily. Also, consistency is the key to success. Coding daily is much more helpful than sitting for 12 hours a day” says Yash.

His Strategy To Overcome Challenges

“When I was an intern, I was given a project on Golang. I did not know anything about it so I had to learn everything from scratch. There were new concepts that I had to go through altogether. Also, there were times when I got stuck and had to ask my seniors for help. Since at that time I was working from home so it was very difficult to connect with them. During that time, what I realized was that if you maintain a good relationship with your seniors and colleagues they will help you out eventually. Making good relationships is something I feel is very important in professional life and will help you get out of any challenge without a hitch.”

For Yash, every day comes with a new challenge. He likes creating “everyday goals” and tries to complete them before going to sleep. He believes making short and long-term goals can have a huge impact on one’s progress.

Yash’s journey of self-growth has been inspiring as there was a time when he was a complete introvert, however, now he is working on that part and trying to connect with new people.

“ I am very much inspired by A.P.J Abdul Kalam. I have heard that he had more degrees than the shirts he had. That is something which fascinated me a lot. The hard work he has done and the simplicity he carries are what I appreciate the most. I have read his biography ‘Wings of Fire’ which is very motivating. I also like the kind of work Elon Musk is doing.”

Message from Yash for the Ninjas!

“To the Coding Ninjas students, I would like to say, it is a very good platform, and they should use it wisely. The video lectures are very helpful if you’re not understanding, rewind and watch again until and unless you don’t get to the solution, and if still, you find yourself stuck, the Teaching Assistant will help you out. Just, don’t give up easily and run to the TAs. This way, you will learn the problem-solving approach, which is ultimately what you need during your interviews. Lastly, keep up the hard work and maintain the consistency; it will be fruitful.”

Hope you enjoyed Yash’s story. If you too want to share your journey with us, then do write to us at alumni@codingninjas.com. We will be delighted to hear from you. 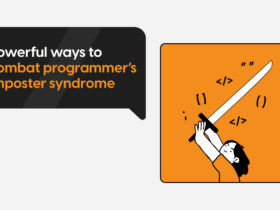 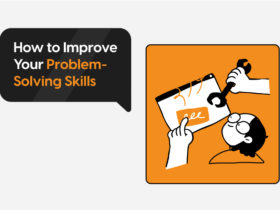 How to Improve Your Problem-Solving Skills?