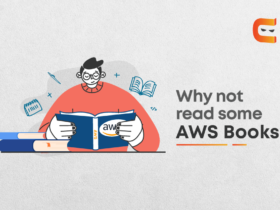 Fresh out of college? Don’t know what to do, what to choose, what job profile is suitable? You are not the only one! I know what it feels like to be one of you in this placement season; I have been there too!

During this placement season, you get terrified when your friends have figured out, what they want to do, what they are gonna do in the next 5 years, and you are sitting in the corner thinking how could they be so sorted when you guys were in the same class and course!

But, let me tell you something it is okay to be confused and not have everything figured out because not everyone has the same timeline. The world of work is a scary place for newbies.

Well, as long as you have the skills and qualifications, I say go where you’ll be able to make big bucks. Cha-Ching! And, I think you are the one who dreamt of living a comfortable lifestyle as an adult, choose from one of the highest-paying jobs in technology in India.

The “sexiest job of the 21st century” that’s what Harvard Business Review is saying! Yes, you read that right.

And, it is the highest paying job in India!

To top that off, India is the second-largest source of data scientists globally, followed by the US.

The average base salary of a Data scientist in India is  ₹82,3924 per annum. And, that’s why it is the sexiest job of the 21st century!

What qualifications do you need to become a Data Scientist?

All you need is a bachelor’s degree in Computer Science, Statistics, and Mathematics; and Data Science Certifications. But why go somewhere else when Coding Ninjas is there for you with a brilliant course on Data Science!

Too much technical information, my mind is kinda exploding, but I guess you can understand this…

Ah.. don’t get so agitated, I know you’re only waiting for one thing, and then you are gonna decide. The base salary of a Linux System Administrator is ₹835711 per annum in India.

Yes, a Web Developer gets good handsome money! Even if you work as a freelancer.

A Web Developer is a programmer who creates and maintains websites. As a programmer, s/he develops World Wide Web applications based on a client-server model.

And the average base salary of this person is  ₹310843 per annum in India.

How to become one?

A computer science degree or a Web development certificate is all you need. And, if you are in search of such certification on Web development, well, now you kinda know the name of the place- Coding Ninjas!

Java developers design, implement, develop, and maintain Java-based applications. And, their demand is skyrocketing in India! Given that Java is one of the most widely used programming languages.

How does one need to become one?

Nothing more than a bachelor’s degree in computer science and a certification in JAVA language.

They are the one who is responsible for easing our daily life from grocery to finding the love of our life! 😉

The mobile applications seem so easy to use, but there is some real hard work behind them!

But the hard work doesn’t go unnoticed because if you want to be one, then you might get paid around ₹448594 per annum in India.

All you need is a bachelor’s degree in computer science and a certification in Data Science and Machine Learning.

These were the top 5 highest-paying jobs in India that I like and are most recommended by the experts, and I hope this might have given you some clarity on what to choose and how to go about your career! If you think you don’t have qualifications related to these jobs, then you can always visit Coding Ninjas.