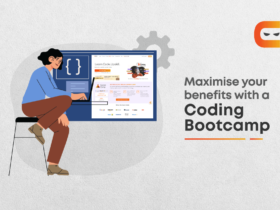 Preparation Before Enrolling In A Coding Bootcamp

Concurrency in software engineering can be defined as the execution of numerous sequential instructions simultaneously. This can be noticed from the operating system’s end as a byproduct of multiple process threads being run parallelly. This occurs due to these threads communicating with each other by passing messages or through shared memories.

Even though concurrency facilitates better performance and utilisation of resources, it can end up causing a lot of errors or problems due to the extensive sharing of system resources.

However, even with its few drawbacks, concurrency in OS allows multiple applications to be run simultaneously which certainly makes up for the potential optimisation, allocation or locating errors. There can also be challenging situations such as deadlocks during concurrency where sub-systems or units are waiting for assets (resources) to become free or waiting for other units to finish.

Let us understand why concurrency is important and what benefits it offers while we also touch upon the problems or issues we can face with concurrency.

When discussing the principles of concurrency, we must first understand a few examples of concurrency. For instance, overlapped and interleaved processes can both be identified as processes engaging in concurrency. Overlapping in operating systems refers to I/O units or devices functioning parallelly, thus overlapping with other CPU functions while operating. This leads to better utilisation of CPU and provides seamless data transfer.

Interleaving on the other hand highly improves the performance of storage or data accessing processes. This is done by allowing sequentially accessed data to be arranged in sectors that are non-sequential in nature. We can see concurrency all around us now, especially with most systems having shifted to multi-core processors that facilitate parallel processing.

This fundamentally allows multiple processes or threads (which access the same sector, same declared variable or same space in the memory) to be run at the same time. This can even enable actions such as writing and reading the same file or utilising the same unit for two different objectives. However, we cannot predict the completion time of each process, thus requiring us to use algorithms to estimate the time taken for concurrent processes and then decide upon sequences that we can implement or incorporate.

For instance, I/O devices can perform a two-way function where each process requires a different amount of time. If this TAT (turn around time) can be determined, we can prepare the operating system or program to carry on a function that relies on both in the most effective way possible. For example, let us take printers into consideration, where the output and input time is vastly different, thus, this requires a well-defined buffer to effectively carry on simultaneous processes at the same time. With proper planning, one can avoid common concurrency issues.

Here are a few factors that determine the time required to finish concurrent processes:

Here are the main advantages of concurrency:

Here are some drawbacks of concurrency we should always consider before planning processes:

Here are some common problems that can be seen during concurrency:

Here are the main issues with concurrency:

What is a concurrency example?

What is concurrency in programming?

What is concurrency in database?

Concurrency in database refers to multiple users using the same database for various data transactions. Fundamentally, this means that the database is being executed and accessed concurrently in a multi-user setting.

How do you describe concurrency?

Concurrency can be described as the execution of multiple processes or instructions at the same time.

Why is concurrency needed?

Concurrency is needed to facilitate multiple processes/applications being run at the same time or for allowing multiple units/users/applications to use the same hardware or data resources.

Concurrency is caused by simultaneous transactions or processes which lead to common resources being allocated and utilised in operating systems.

What is the goal of concurrency vs parallelism?

Why is concurrency important?

Why is concurrency risky sometimes?

Concurrency can pose a risk of degrading the performance through incorrect allocation, resource starvation and other sequential problems.

Concurrency is very useful and thus, even with its shortcomings, it is used extensively in modern computing and operating systems. This opens up a world of coordinated process execution, efficient allocation of memory and the ability to run multiple applications on a single system. This maximises the efficiency of computers for both basic users and advanced processes.