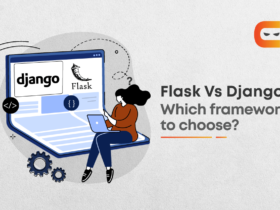 Flask vs Django in 2021: Which Framework to Choose?

Tech Mahindra is a great company to join for both professionals and freshers alike. The company provides ample opportunities and massive scope for growth in the field of programming or IT in general. Cracking the Tech Mahindra Test is essential in order to get into this Indian MNC with a respectable track record. The first round of the Tech Mahindra Test incorporates the coding test in the Technical Section alongside Technical MCQs based on Object-Oriented programming, Networks, RDBMS, C, C++, Java, general IT/Computer Science, Linux and other operating systems.

Before we jump into the top Tech Mahindra Coding Questions. Coding Ninjas has launched the best course for complete preparation of Tech Mahindra Interviews, TCS, IBM, Infosys, and other similar exams and companies.

1. Here are some Tech Mahindra Coding Questions from 2020 which are solved in C: Build a program for calculating and returning the sums of absolute differences between adjacent numbers in arrays of positive integers. This must be calculated from the position determined by the current user.

In the case of this coding problem, you use three positional arguments through a findTotalSum function. The three inputs you would require are the number of elements inside the array, the elements in the array and the position from where this function will take place.

For example, suppose the total number of elements is 5 and these are the elements:

Then, if we decide to start from the 3rd position or enter 3 as input, the function will occur from ‘3’, the 3rd number in the array.

2. Build a program that will allow you to find out how many clothing pieces in total of a certain length can be extracted from a particular number of cloth pieces. We can take the required length for each clothing piece as 10 feet.

In this case, we must first decide upon the length unit as feet and determine the inputs we need. For this function, we will need two inputs, first the number of pieces ( in the array) and the size of each piece in feet inside the array.

A cloth merchant has some pieces of cloth of different lengths. He has an order of curtains of length 12 feet. He has to find how many curtains can be made from these pieces. Length of pieces of cloth is recorded in feet.

For example, suppose the total number of elements is 3 and these are the elements:

Here are some more previous Tech Mahindra coding questions with answers in C++:

2. Write code for returning the differences between the sums of even and odd numbers in an array of positive integers.

Is there coding in Tech Mahindra?

Does Tech Mahindra 2021 have negative marking?

No, Tech Mahindra 2021 Test does not have any negative marking.

What is the syllabus of Tech Mahindra?

The syllabus for Tech Mahindra Coding Test is based on mainly arrays and foundational programming while the technical MCQs are based on operating systems, programming languages and other concepts such as Object-Oriented Programming.

What is Tech Test in Tech Mahindra?

The Tech Test is the technical session composed of 26 questions in the first round of the Tech Mahindra Test.

What is the salary for freshers in Tech Mahindra?

The salary for freshers offered by Tech Mahindra is an average of Rs. 3,50,000 per annum.

How many rounds are there in Tech Mahindra 2021?

There are a total of 3 rounds with 2 composed of different sections of assessments and the final round being an interview round.

Is the Technical Section tough?

How should I prepare for the coding test?

Is Tech Mahindra a good company to work at?

Yes, Tech Mahindra has a great track record and is an amazing company to work at. The possibilities are endless with this MNC hailing from India.

Even though Tech Mahindra’s Technical section is not known for being easy, one can easily pass the first round and even the later rounds with enough practice. You must choose the language you are comfortable with such as C, C++, Java, or even Python, and use the programming knowledge at your disposal to solve the coding problems.

One must take care to not only solve previous year’s questions but also discover potentially important questions from other sources such as CodeStudio in order to get in more practice. Practice is key to cracking this technical test and you must get enough of it, especially focusing on problems related to arrays.

TCS iON CCQT 2021: How to Apply, Eligibility, and Preparation