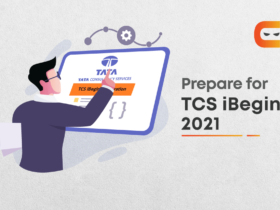 Object-Oriented Programming or OOPs refers to a programming paradigm that organises software design around real-world objects.

Inheritance, abstraction, polymorphism, and other real-world concepts are all part of OOP. The basic goal of OOP is to connect data and functions. Functions operate on data so that no other part of the code may access it.

In this article, we’ll be discussing Multilevel Inheritance in Java. Let’s first get acquainted with the concept of Inheritance.

Inheritance is a crucial component of OOP. Inheritance is the ability of one class to inherit the properties and methods of another.

Some standard terms frequently used in this article are:

Let’s get to know about multilevel Inheritance now.

Multilevel Inheritance involves inheriting a class, which already inherited some other class.

Correlating it with a real-life scenario, we’ve often seen some of our habits and thoughts match precisely with our parents. And similarly, their habits match with their parents, i.e. our grandparents.

We can create hierarchies in Java with as many layers of Inheritance as we want. This means we can utilise a subclass as a superclass. In this case, each subclass inherits all of the traits shared by all of its superclasses.

In the above diagram, multilevel Inheritance is shown. A is the grandparent class, B is the parent, and C is the child class.

Now, you might be wondering, why do we use multilevel Inheritance in Java?

The answer is the readability and reusability of the code. We don’t have to write the same code in the child class because it inherits the properties of the parent class. This makes it easier to reuse code, reduces the amount of code, and makes it more understandable.

Let’s understand the above lines with the help of an example.

Let’s assume you work in a software company. And your manager told you about a project to find out the volume of a box. You, the competent employee, completed this task by creating a simple Box class(as shown in the below given example).

The next day, he told you to rewrite the program, adding weight as well. But, you had clear inheritance concepts, so you have created a child class, BoxWeight and inherited the Box class.

But, the manager was not impressed and told you again to rewrite the code and add Shipment details. This made you a little disturbed, but then you recalled your multilevel inheritance concept. You created another class, Shipment and inherited the BoxWeight class.

And, you tackled this situation quickly. This is how Inheritance makes life easier.

The implementation of the above problem is given below:

What is Multiple Inheritance in Java? Give one example.

What is multilevel Inheritance? Explain with example.

How is multilevel Inheritance implemented in Java?

Multilevel Inheritance in Java is implemented using extends keyword. Refer to the example above to understand in a better way.

Is multilevel Inheritance allowed in Java?

What are the types of Inheritance in Java?

In object-oriented programming, Inheritance is a crucial concept. And we’ve gone over Multilevel Inheritance in Java in-depth in this article.

For technical interviews, you can refer to some of the frequently asked OOPs Interview Questions to refresh your concepts.