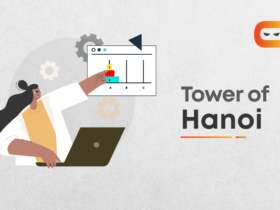 In this article, we are going to learn static vs dynamic binding. We will see each of them in detail and then compare them based on their functionalities and where they are used.

We know that Object-Oriented Programming is useful in many ways in terms of the flexibility it provides while creating classes, calling functions etc. There is a concept of function overloading and function overriding. So, if you have always wanted to know what happens behind the scenes while implementing these features, then you are at the right place. This article will provide you with an in-depth understanding of static vs dynamic binding concepts in an easy and precise manner with examples to give you a clearer picture.

Let’s get started with the question – What is Binding?

In your code, at any point of time when a function is called, then the program control binds to the address in memory where the function has been defined.

Suppose if we have a class A, which has two functions, m1 and m2 and their definitions. So, to identify for which particular function call, which function is to be executed, binding is needed.

Static binding happens at compile-time, i.e., the function call and the function definition are linked during the compile time itself. So, it is also called early binding.

This is because all the information needed to associate the function call to its definition is available at the compile time.

When does static binding take place?

Static binding happens by default for any normal function calls in the program. It also occurs during function overloading and operator overloading.

The binding of static, private and final methods is always compile-time. Why? This is because the type of class is determined at the compile-time and hence binding happens then and there.

Let’s look at an example to understand better –

In the above code, in the class findSum(), we see that the function sum() is overloaded. There are two definitions of sum, and the only difference is in the number of parameters passed.

When we call the same function sum() from the main, it gets bound to the correct definition. So, in this case, at compile time itself, the function call binds to the correct function depending upon the parameters passed to them.

Dynamic binding takes place during run time based on the type of object. Since it is delayed till the run time, it is also called late binding or runtime binding. When the compiler cannot determine all the information required to resolve a function call during compile time, these function calls are not bound until run time.

When does dynamic binding take place?

It can be achieved with the use of virtual functions in C++ and overridden methods in Java.

But we see that the function f() has been defined again in the derived class.

Now, in the main code, we have a base class pointer basePtr. Firstly it points to a base class object “base”, and the function call basePtr->f() calls the function f() of the base class, which is expected also because the pointer, as well as the object to which it points, are both of the type base class.

What is static and dynamic binding in OOP?

What is an example of dynamic binding?

Function overriding is an example of dynamic binding.

Can we override the static method?

What are dynamic binding and message passing?

Dynamic binding links the function call to the function body/definition at run time according to the object type. In contrast, message passing is a method of exchanging information between objects in Object-oriented programming.

This topic comes under the Object-oriented programming paradigm and is often asked during technical interviews.

So, having a clear understanding of this will help you master other related concepts also easily.

Read more about Object-oriented Programming here. You can also have a look at the commonly asked OOPs interview questions to get a better understanding.