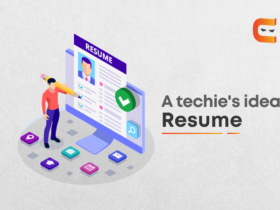 Building A Good Resume Of A Programmer

Java is an object-oriented programming language. Everything in Java is an object, all the programs, codes, and data reside within classes and objects.  Inheritance, Polymorphism, Encapsulation, Abstraction, classes, and objects are few important concepts of Object-Oriented Programming.  OOPs is a really important topic from an interview perspective.

As in real life, a child inherits some features from its parents; Similarly, in Object Oriented Programming language, a class may inherit from its parent class. In Java, every class has a superclass/parent class. The Object class is the root of the entire class hierarchy in Java.

This blog will discuss hybrid inheritance in Java in detail, along with codes and examples.

Inheritance is a crucial part of object-oriented programming. The process of inheriting the properties and behavior of an existing class into a new class is known as inheritance. We will reuse the original class methods and fields in a new class when we inherit the class. Inheritance may also be described as the Is-A relationship, also known as the parent-child relationship.

A real-world example of Inheritance is a relationship between a daughter and her Mother. A daughter inherits features from her mother, the mother, in turn, has inherited the features from her mother, and the cycle goes on. A technical example of inheritance is as follows: The Integer Class is the child class of the Number class. The Number class is the Child Class of the Object Class.

This blog will discuss hybrid inheritance in Java using a combination of the following inheritances:

Consider the following example wherein a combination of single and multiple inheritances is used to achieve hybrid inheritance in Java:

Now consider that the Male and Female classes have a child with the class name as Child. This is a simple example of multiple inheritances in Java. The relationship between the Male, Female, and Child classes is visualized below:

The combined relationship between the HumanBody, Male, Female, and Child classes is visualized below. It is an example of Hybrid Inheritance using the combination of Single and Multiple Inheritances.

However, wait, we know that multiple inheritances are not possible in Java. So this analogy has to be incorrect.

Well, the only incorrect thing is that, instead of classes, interfaces will be used to achieve multiple inheritances.

On the other hand, Son and Daughter both inherit Father class, and this relation is of Hierarchical Inheritance.

A combination of both the inheritance relation will make Hybrid inheritance.

The below program demonstrates Hybrid inheritance using a combination of Multilevel and Hierarchical inheritance.

What are the different types of hybrid inheritance?

Why is there no hybrid inheritance in java?

What is hybrid inheritance?

The combination of two or more inheritances is called hybrid inheritance. It provides code reusability.
Refer to the blog for more details.

Why are pointers not used in Java?

Java is a highly secured programming language. Pointers provide direct access to a memory address, and an arbitrary memory location can be accessed, and read and write operations can be performed on it. For the purpose of security Java does not support Pointers.

This blog discussed Hybrid Inheritance in Java in detail. With this done, you may now switch to learn more about Object-Oriented Programming concepts.

Questions related to Inheritance are frequently asked in technical rounds of big companies.

Do not stop here !! Feel free to explore Codestudio; it is one of the best platforms wherein you will find structured, guided paths, interview questions listing, blogs curated by experts. Remember, Practice makes perfect !!