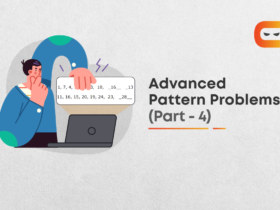 Spooling can be defined as a mediatory process between applications and slower peripherals such as printers and punch card readers. Fundamentally, it is a multivariate method of transferring data between various devices. During spooling, data is sent to temporary storage or memory and stored there until an application or the Operating System requests to execute the tasks associated with the data. For example, when peripherals such as printers are performing batch processing operations, spooling allows the files, images, or documents to be transferred into the memory and qued before getting printed one by one.

This allows Operating Systems to bridge the gap between the computer interaction and the hardware peripherals. This is especially true as modern computer systems are very fast and slower peripherals such as a punch-card reader or other I/O devices cannot keep up with the processing speed of these Operating Systems. Thus, multi-programming paradigms are used for ensuring that task requests are queued and input and output are rendered according to this queue.

The term spooling refers to the concept of SPOOL or Simultaneous Peripheral Operations On-Line. Spooling in OS provides a buffering mechanism for temporarily holding instructions that process the task when the computer’s or peripheral’s resources are available for use.

Here is an interesting example that we have all experienced. When your operating system hangs for any particular reason or your keyboard stops working while you are typing, have you noticed how all the alphabets that you pressed after the system hung suddenly get typed out very fast on their own even though you are not typing anymore? That is a classic example of spooling where the input or keys that you have pressed got registered and this data was sent to be stored.

When the computer or peripheral recovered from the malfunction, the tasks were then queued accordingly. This is why even when our system hangs, even if we type a lot of things very fast and click in multiple places, the alphabets will be processed in the original order or the exact same spots will be clicked. This is because all the input is being stored in its original order in the temporary or volatile storage and will be executed in the same order.

This can also be noticed while scanning or using Optical Character Recognition as well, as the characters or portion of the image that has been scanned is stored in temporary memory while the rest of it is processed and finally the total output is shown. Spooling in printers is one of the most common applications of spooling.

When Operating Systems were being built, CPUs executed instructions to give us output based on the input we provided, however, I/O operations (Input/Output operations) took more time than it took the CPU to execute these instructions. So, CPUs had to be put into an idle state till the instruction is processed by the peripheral or I/O device and then the output is shown. This was again required for the next batch of instructions, thus requiring the entire process to be repeated again.

This was a very slow method that made Operating Systems very troublesome and inefficient to use. This is where spooling came into play. Spooling enables I/O operations for certain tasks to be overlapped with other computing operations that require processing in Operating Systems. This concept also allowed more than one I/O operation to be carried out simultaneously as well, enabling us to experience faster applications of our peripheral devices such as printers or OCR (Optical Character Recognition) scanners.

While CPUs function on Operating Systems and data stored in the main computer memory, peripherals or input devices can simply store data on digital or secondary memory that can be employed by the CPU at any given time. This allows the CPU to be independent and not simply stay idle for I/O operations while allowing multiple input devices to send information to the CPU at the same time. The nature of a temporary or secondary memory is digital, thus this speeds up the data transfer process between the CPU and the input device.

Using spooling to bridge the gap between Operating Systems and input devices allowed CPUs to stay in the execution phase at all times and not be fully occupied. Spooling in OS also greatly increased the speed of output as the Operating System does not require waiting for the output devices to carry out instructions and the OS can simply go ahead with sending more output data. Spooling is used to improve the interaction between multiple devices and computing systems, acting as a buffer that can make data streaming fluidic, resulting in the extremely immersive experience that we now enjoy in modern times. We are barely able to notice any difference in input and output operations, these tasks almost seem like they are carried out in real-time.

Here are some benefits we enjoy from Spooling in OS:

What is spooling and what are its advantages?

Spooling can be simply defined as a process of sending data between devices (peripherals) and operating systems (computers). The advantages of spoofing are faster processing, more effective use of CPUs and simultaneous or batch processing operations. If you wish to learn more about spooling, you can search spooling in OS in Hindi or English.

What is buffering and spooling in OS?

Buffering is the method of trying to match the speed of the input and the output while spooling is the means to bridge the gap between input devices and software or computers. If you wish to learn more about spooling and buffering in OS, it is recommended you check out a well-orchestrated spooling in OS ppt.

What is the function of spoolers?

A spooler fundamentally operates the input devices or peripherals during the spooling process. Spoolers are applications or systems that regulate data transfer and queue the data during the bugger in order to increase the efficiency of the machine.

How is spooling implemented?

Spooling is implemented by sending and storing input data on a temporary volatile memory which is transferred to the main memory and then employed by CPUs or the Operating System when required.

Why is my printer spooling?

If your printer is spooling, meaning that it has queued the documents as fast as the CPU allows, then it is doing this so that these documents can be then printed at the general speed of the printer, one after another.

Is there any security risk during spooling?

There are no spooling security risks in general use, however, for corporate users, spooling can make you vulnerable to hostile remote code execution.

How can I answer questions about spooling?

It is recommended that you study the concept of spoolers and the applications of spooling. Learning more about these two concepts will definitely help answer Spooling in OS MCQs.

What are the disadvantages of spooling in OS?

The disadvantages of spooling are generally the difficulties faced when debugging and due to a failed spooling attempt affecting other pending jobs.

Printers, punch-card readers and even keyboards or mouses require spooling. All input/output or I/O devices benefit from spooling.

Spooling is a very useful topic for students focusing on Operating Systems and studying core Computer Science. Due to spooling, our interaction with peripheral devices is much smoother and easy. Spooling makes our computing experience better and saves us a lot of time by enabling us to carry on with our daily computing work while input devices do theirs.