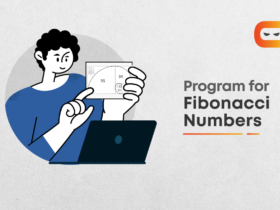 Software testing is absolutely necessary for the development of any program or software to validate and verify it for release. Before applications are deployed for end-users, a variety of guidelines and standards must be met. A software can face many difficulties if released without extensive testing, especially due to various bugs, gaps, and glitches. Software testing also supports the development process as well, making it as efficient as possible.

For instance, if a bug is discovered much later during the development pipeline, the software will require a rollback and the developers will again have to start from scratch or from that point. This is especially true if a functionality or core business requirement is not met by the software, making the efforts of the developers go to complete waste if most of the code cannot be reused. This is why it is also important to conduct component or module testing, this helps in identifying defects faster and also allows you to fix them without affecting the other components of the software.

Why is Software Testing Important?

Software testing ensures that the software is efficient, user-friendly, and usable. There should not be any loopholes or areas in software where the function is not working or can lead to a crash. Various testing methods make sure that these errors do not occur and that user interaction is easy, smooth, and fluid. Testing also helps in vastly improving the performance of the software and the system’s ability to run it. Programs must always meet the expected results or business requirements that encouraged the program to be developed in the first place.

Thus, it is very important to troubleshoot any factor that might compromise the software’s ability to serve these requirements. The final software product that has gone through rigorous testing comes out almost bug-free and barely in need of immediate updates. Security of the end-users and protecting their personal information is also important alongside securing the software’s own database as well.

Software and security testing tools are one of the most important weapons we have in our arsenal against malicious attackers and bugs that can compromise the program’s security. This is why we have a variety of software testing stages and methods at our disposal that we can use to make the right software without any defects.

The Various Types of Software Testing

The two classifications of software testing are:

Manually testing the software fundamentally involves the identification of vulnerabilities, bugs, and defects by either becoming an end-user or testing the software’s individual components. For instance, unit testing is a very popular software testing process that involves manually inspecting smaller units or a set of smaller units inside a software.

For example, other applications can be used to build and test the software as the current code is dumped into the repository. The automation system can then keep building and testing the program as the changes keep getting made and more code is added.

When it comes to how to perform security testing, there are two common points of view companies adopt when testing programs. These are part of the ‘box’ approach of software testing. Here they are:

The Black Box testing technique involves the tester not having access to the software’s source code. In this technique, testers do not pay any heed to the code or the logical structure of the software product, instead, the testing is performed using the software’s interface. Most end-users are black box testers and the tests are run by a trial and error method where each intended function is tested manually.

White Box testing consists of testing processes where software testers have access to the source code and the logical structure of the program. This type of testing technique is more focused on ensuring that the program is functional well internally. This kind of software testing makes sure that the program’s code is stable and can run the expected functions efficiently.

There are 4 main types of software testing which is performed at different stages of a development process. They are:

Unit testing involves conducting tests on the building blocks of the program. In this software testing process, tests are conducted on individual components or a set of smaller units. Each unit is verified and validated separately in this process.

In this kind of testing, components are tested to see how they function together. In this process, modules or extensions that have been added to the rest of the program are also tested to evaluate how well they interact with each other. This allows developers to figure out the defects in the integrations.

System testing is conducted when the software product is complete and ready to be deployed. This process is conducted in order to see how the final program functions in systems but in specialised environments such as suitable conditions. This is different to the destructive testing process as it does not run the program in unfavourable or harsh conditions or weaker systems. This process also ensures that the software meets the business requirements.

In this final process or stage of software testing, the program is evaluated for its acceptability. Here it is tested if the software product complies with the end-user requirements and if it can be deployed. This stage is also followed by beta testing and rigorous Black Box testing where chosen end-users are given access to the beta version of the program. Before the product is deployed to the public, it is seen if the beta users encounter any problems. Companies might also choose to do destructive testing to see how their software performs in the worst systems possible.

What is the example of security testing?

What are key techniques in security testing?

What are the elements of security testing?

What are application security testing tools?

Which is the best tool for security testing?

The Powershell-suite is probably the best tool for security testing. However, Netsparker is also very good and equally popular.

What tool is recommended for security testing IBM?

Why is software testing important?

Software testing is important in order to evaluate if the software meets business requirements and if it is free of bugs and defects. It is also important for preventing errors during use after the deployment of the software product.

What are the additional benefits of software testing?

The additional benefits of software testing are increased security and customer satisfaction. The software product is perfect and reduces the risk of data leaks and testing increases the cost-effectiveness of the development process.

What are the 4 main types of software testing?

The finished software product must be efficient, fluid, and offer all the functions it was built to provide. This is why software testing is important and these various testing processes are incorporated into the development process. Without proper software testing, programs and applications are highly likely to have multiple defects and bugs that can even lead to the software crashing on the end-users or freezing on them.

The different stages of software testing allow developers to ensure that the software will function properly in all regards and it helps them identify underlying problems that are hidden.