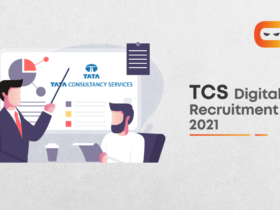 Software Testing is a necessary process that involves determining if software products meet the expected requirements of the business and ensures that these applications function without errors. Testing helps in identifying bugs, loopholes, glitches, and defects in the software or associated system in order to improve the program or troubleshoot the problem. This process is mandatory in order to isolate the sources of these errors and then remove them or alter the program accordingly.

A successful testing process leads to software products being absolutely free of any defects and bugs. Software testing can involve running the components of the software through a set of trials manually or with automated assistance. Automatic testing tools are great for evaluating multiple properties of the software simultaneously in order to confirm that they align with the interest of the company.

Software must also be able to properly cater to all the business requirements that encouraged the development of the program in the first place, thus testing also verifies that these products can provide all the functionalities that were expected from it. Not just that, it must provide a seamless user experience while performing any of these functions and not freeze on the user or crash.

The Various Types of Software Testing

The reason why we have so many types of software testing methods is due to the fact that there might be a variety of ways that a software product can fall short. Yes, software testing is mainly for finding errors, however, it is also very important to identify gaps in the application that can cut off functions and data or cause missing links (not being able to access a certain area or option).

There might also be design flaws and lagging problems that must be tested and fixed. Different types of software testing processes provide assistance throughout the various stages of the development process to build the perfect software product.

Here are the 10 software testing methods:

This kind of testing involves testing the building blocks of the software. Unit testing revolves around testing smaller units functioning in groups or individual components.

Integration testing involves taking components that have already been unit-tested for building program structures that are aligned to given designs. This evaluates the output produced by the group of components functioning together. There are 4 types of integration testing, namely, the top-down method, the bottom-up method, the big-bang method, and the sandwich method.

When code is updated or new modules are added, software products are heavily affected by it. It can not only cause the direct effect that the modules are meant for but also many unwanted side-effects. Regression testing ensures that components are functioning effectively after the addition of more components.

Smoke testing ensures that the current program is ready for more trials and testing. This testing provides the authorisation for the software to be tested further.

This is a highly crucial testing process that is conducted by internal testers and quality analysts. This testing validates the software’s eligibility to be released to the public. As compared to beta testing, alpha testing is conducted in laboratory environments.

Beta testing is more accurate for real-life scenarios as this kind of testing is done by end-users and selected customers. Beta releases are successful prototypes that are only available to a small number of people so that they can evaluate the functionality of the software in a real end-user environment.

System testing focuses on testing software products on various operating systems to evaluate how well they perform in each. During this testing, the primary focus is the output and the input rather than the internal functions. Security, recovery, and stress testing, all fall under system testing.

Stress testing is conducted in order to measure the performance of the software and the associated systems in unfavourable or demanding conditions.

Example: Testing in unsupported or unsuitable virtual operating systems and testing the software in scenarios where maximum memory, disk or storage is required.

This kind of testing involves testing the building blocks of the software. Unit testing revolves around testing smaller units functioning in groups or individual components.

This testing in software engineering is associated with running a combination of software testing methods for verifying and validating programs that are object-oriented in nature. This is different from general-purpose testing and is used for specific software.

Here are the various well-known advantages of software testing:

What is software testing and its types?

Software testing involves manually or automatically testing software products to evaluate their performance or identify and fix their errors.

What are the types of tests?

The different types of tests are manual and automatic tests that focus on different aspects of the software such as integration testing and unit testing.

What are software testing methods?

Software testing methods are a range of processes that cover different metrics and the different stages in the software development process such as system testing, design testing and performance testing.

What are the four types of testing?

What are the 3 types of software?

What is the STLC life cycle?

The STLC stands for Software Testing Life Cycle and is a set of processes that must be completed in order to holistically test the software for meeting quality objectives and business requirements.

What is the main principle of software testing?

The main principle of software testing states that testing should start from smaller components and then move on to larger components.

What is the main goal of software testing?

The main goal of software testing is to find errors or gaps and fix them in order to truly perfect the software.

Can you avoid software testing?

It is not impossible to do so, however, it might cause the software to malfunction as you prepare it for its first trial run. If you wish to truly avoid testing it yourself, you can simply automate the process.

The importance of testing during software development cannot be stressed hard enough. This is especially due to the numerous potential bugs and gaps that can exist in software that developers are initially unaware of. Quality assurance is as important as the software itself and with the chance of the final code having problems with design, interface and functionality being as high as possible, it is an absolute must to run the necessary software testing processes to deliver the most optimum product.