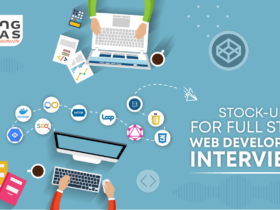 Java is the most popular programming language among developers. Even after new programming languages are developing, JAVA seems to get more widespread year on year. One of the reasons behind this is its platform independence. Programs can run on different computers as long as the Java runtime environment is installed.

This is the reason why JAVA is a favorite among interviewers. Sometimes, interviewers focus mainly on String data structure. But string interview questions are in itself so vast that you won’t be able to focus on other concepts.

With the little time you had while preparing for your interviews, you can go through the string interview questions covered in this blog which can help you in your upcoming interviews.

The blog is divided into Intermediate level string interview questions and Advanced level String Interview Questions so that you can have a clearer understanding.

Q1. What are the different ways to create string objects?

String objects can be created in two ways:

Several constructors are also available in the String class to create strings from a char array, byte array, StringBuilder, and StringBuffer.

When the String is created with the double quotes, JVM searches it for in the string pool; if the same value is found, it returns the reference to that String else creates a new object with the new value provided.

Q2. Difference between String, StringBuffer, and StringBuilder in java

There are three classes to represent a sequence of characters: String, StringBuffer, and StringBuilder.

Q3. Why is string made immutable in JAVA?

Security is the major reason why strings in Java are made to be immutable. Strings in Java can be used to access data sources like files, databases, or even objects found across networks. Even sometimes, strings store passwords and usernames, which can’t be modified once created.

Q4. How to compare two strings in java?

The reason behind this ‘equals()’ method compares the values of the two strings, whereas the ‘==’ operator compares the reference in the memory.

Q5. How can you remove all the white spaces in a string?

The output of the program is:

Q6. What is a string constant pool?

The memory space allocated in the heap memory to store the string literals is called the string constant pool.

No two string objects can have the same value in a string constant pool.

Q7. How many objects are created in the following code snippet?

Two objects are created in the above code snippet.

Q8. How many objects are created in the following code snippet?

Three objects will be created.

Q9. Difference between string in C and string in java.

C string is a null-terminated character array, whereas String in Java is an object. String objects in java allow us to call various methods like substring(), toLowerCase(), length().

Q10. What does the string intern() method do?

When the intern method is invoked, if the String constant pool already contains a string equal to the String object as determined by the equals(Object) method, the String from the pool is returned.

The task of the intern() method is to put String (which is passed to the intern method) into the string constant pool.

Q11. How can you split the string in java?

Q12. Write a program to remove a given character from a string.

Q13. Why string is not used for storing the passwords rather a char array is preferred for the same?

In the case of passwords, if String is used, it will be available in the memory for a longer duration. It will be a security risk as anyone with access to the memory dump can access the password.

Q14. Which object is popular as the HashMap key and why?

String is the popular HashMap key.  This is because String is immutable in Java. So, the hashcode of the String is cached every time it is created and doesn’t need to be calculated again. This makes the processing faster than other HashMap keys.

Q15. How will you create an immutable class in java?

You can create an immutable class in Java by implementing the following points:

Q16. Explain Character Encoding. What is the difference between UTF-8 and UTF-16?

Encoding is the way to convert the data from one form to another. Character encoding refers to the method when a character is represented in bytes.

Q17. How does the substring() method fix memory leakage?

Substring shares the same character array as the String. If the original String is too large, it will lead to a memory leak, and sometimes it will not be retained.

Q18. Write a program to check whether the two given strings are anagrams.

Two strings are said to be anagrams if the two strings contain the same set of characters, but the order can be different.

There are two approaches to solve this problem:

Approach 1: This approach involves sorting both the strings lexicographically and then comparing both strings. This approach will cost O(N * log(N) + M * log(M)) time where ‘M’ and ‘N’ represent the length of two strings.

For the code and algorithm, you can refer to the link – Anagrams.

Q19. Write a program to print all permutations of String in Java.

There are two approaches to solve this problem:

Approach 1: This approach follows backtracking. In this, a character is made to be fixed at a position, and permutations of the rest of the characters will be computed. This approach will cost O(N! * log(N!)) time and O(N * N!) space.

For the code and algorithm, you can refer to the link – String Permutations.

Q20. Write a program to swap two string variables without using a third variable in Java.

Suppose we have two strings, String a = “Coding” and String b = “Ninjas.” After swapping, the result should be a = “Ninjas” and b = “Coding.”

For this we first concatenate string b to string a, So a = “CodingNinjas”. Now we will store the substring starting from index 0 and of length = a.length() – b.length() in string b. Now b = “Coding”.

Now store the substring from index = b.length() till the end of the String a in String a. After this, String a = “Ninjas.”

You can refer to the below code snippet for the logic.

The output for the code is:

Q21. What is StringTokenizer in Java?

To break the String into tokens, Java.util.StringTokenizer is used. StringTokenizer doesn’t provide the facility to differentiate identifiers, quoted strings, and numbers like the StreamTokenizer class.

There are six useful methods of the StreamTokenizer class:

Q22. Write a program in Java to reverse the order of words in a string without using the reverse() method.

In this question, you will be given a string of space-separated words like “hey there hope you are having a good time.” You have to reverse the order of words in the given String like “time good a having are you hope there hey.”

The approach is to use an array to store the words of the String. Now traverse the array in the reverse direction and append the words again in the given String.

This approach will cost O(N) time and O(N) space, where ‘N’ denotes the length of the given String.

You can refer to the link for the code and algorithm – Reverse the order of words in a string.

Q23. Suppose there is a code in which a lot of string modification and string concatenation is going on. Which class among StringBuffer, String, and StringBuilder, will improve the performance of the code, keeping thread-safety of the code in mind?

If we use the String class, because of its immutable nature, it will create a new object after every modification in the String, which will badly affect the performance of the code.

So, in this scenario, StringBuffer will give better performance.

Q24.Why is Java provided with String constant pool as we can store the objects in heap memory?

String constant pool provides the facility of reusability of the existing string objects. When a new string object is created using the string literals, then JVM first checks in the pool if this String already exists or not. If it exists, then it will reference the existing String rather than creating a new object. This will help in the speeding up of the application and also helps in saving the memory as no two objects will have the same content.

Q25. What is the similarity and difference between String and StringBuffer class?

Q26.Write a code in Java to prove that String objects are immutable.

Let’s just modify s1 by concatenating “article” as s1 = s1 + “article”. After this s2 = “codingninjasarticle”. This statement will concatenate “article” to the object which s1 is pointing to and reassigns reference of that object back to s1.

Now, s1==s2 will give false output as s1 and s2 are now pointing to different objects in the pool as when we modified s1, a new object is created in the pool, and its reference is assigned to s1.

For clarification, refer to the below code snippet.

Q27. What will be the output of the following code?

The output of the above code will be 411. The reason is the print statement has character literals in single quotes, so instead of concatenation, the corresponding ASCII value of each character is added, and the result is displayed as 411.

Q28. What is the difference between s1.equals(“book”) and “book” .equals(s1) where s1 represents the object of a string?

If the s1 value is “book”, then both statements will return true. The difference arises when s1 will be a null value. In that case, s1.equals(“book”) will throw the null pointer exception, and on the other hand “book” .equals(s1) will return false.

Q29. What will be the output of the following code?

The output of this code will be CODING because s2 will be assigned to s1. The confusion arises between ‘==’ and ‘=’ operators. That’s why this question is a simple yet tricky one.

Q30. What will be the output of the following code?

The output of this code will be false as s2 is not of type string. You can learn more about the StringBuffer class from here.

Till then, all the best for your future endeavors. Keep Coding!!