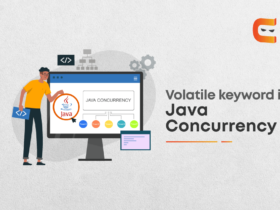 The Java programming language created by James Gosling in the early 1990s is one of the most popular programming languages. No wonder Java is the second most demanded programming language with around 70K job postings in January 2020, as per Indeed. Over 90% of the Fortune 500 companies still rely on Java for their development projects, and globally there are over 8 million Java developers.

So if you get an interview call for the Java developer role and are looking for a quick guide before your interview, then you have come to the right place. The whole blog consists of 100 interview questions divided into three parts: Beginner, Intermediate and Advanced. This article is Part 2 of the Java Interview Questions and Answer Series covering intermediate-level questions.

Question 1) What do you know about the JIT compiler?

Answer 1) The JIT or Just in Time compiler does the task of compiling parts of byte code having similar functionality simultaneously, thereby reducing the amount of compilation time for the code to run.

Consider the following example with a single try block and multiple catch blocks.

The output of the code will be:

Question 3) Immutable nature of string in Java is advantageous for many reasons. Why?

Answer 3) The immutable nature of strings provides the following advantages:

Question 4) If you want to store confidential information, which one will you choose, character array or strings?

Answer 4) A string once declared stays in the String Pool as long as it is not removed in the form of garbage. Anyone who has access to the memory dump can access confidential information.

However, in the case of character arrays, they can be set back to blank after the work is done. So for storing confidential information, a character array is preferred over strings as it mitigates the risk of theft.

Consider the below example for better understanding.

Note that even Java recommends using the getPassword() method of JPasswordField, which returns a char[] array.

Question 5) What is the difference between Thread and Process?

Question 6) Explain the lifecycle of the thread?

Answer 6) The life cycle of the thread is as follows:

Question 7) What is Multithreading in Java?

Answer 7) In simple terms, Multithreading is the process of executing multiple threads simultaneously by sharing the process resources. The main purpose is to utilize the CPU time as much as possible. The following are the main advantages of Multithreading in Java:

Question 8) What are the two ways to implement Thread in Java?

Answer 8)  There are two ways to implement Thread in Java.

The output of the above code is:

The output of the above code is:

Question 9) How do multiple threads communicate with each other?

Question 10) Java works on a pass by value or pass by reference?

Answer 10) Java works on pass-by-value. When a primitive type is passed to a function, Java creates a copy of the variable being passed and then does the manipulations. So the changes made inside the method are not reflected inside the main method. Whenever an object is passed in any method, Java creates a copy of the reference and then passes it.

Question 11) A lot of updates need to be done in the data, which one is a preferred option, String or StringBuffer?

Answer 11) Strings are immutable. For every update, a new String object is created in the String Pool. Whereas String Buffers are mutable, the original object will be modified for every update instead of creating a new object. Hence, in the case of many updates, it is always preferred to use StringBuffer as it will reduce the overhead of creating multiple string objects in the String Pool.

Answer 12) Data abstraction deals with hiding the implementation details and showing only the functionality to the user. In simple words, the user will have information about what an object does instead of how it does it. An example could be sharing a post on social media, complex details such as protocol, database, etc are hidden from the user. All the user needs to do is upload and post.

Abstraction can be achieved in two ways:

Question 13) Explain the difference between Abstract Classes and Interfaces?

Answer 14) Java does not support multiple inheritances. The problem arises when multiple parent classes have the same method name, then at runtime, it becomes difficult for the compiler to decide which one to execute. This problem is also referred to as the Diamond Problem.

Question 15) What is Object Cloning?

Answer 15) The process of creating an exact copy of an object is called object cloning. In order to clone an object, a java class has to implement the Cloneable interface provided by the java.lang package and override the clone() method of Object class. The clone() method creates a new instance of the current object’s class and then initializes all the fields with the exact same content of corresponding fields.

Consider the below program that clones an object of Demo class.

Question 16) What are Copy Constructors?

Answer 16) A copy constructor is a constructor that creates an object by initializing it with the object of the same class created previously. Java does not provide an explicit copy constructor, and you need to define one.

Consider the following example to understand the Copy constructor

Question 17) Is it mandatory for a catch block to be followed after a try block?

For more information refer to the blog.

Question 18) What is the collection framework in Java?

Answer 18)  A collection framework is a combination of classes and interfaces used for storing and manipulating data in the form of objects.

Question 19) How to write a custom exception in Java?

Answer 19) Java allows the creation of user-defined exceptions, which are basically derived classes of Exception. Custom exceptions are mainly used to provide specific treatment to a subset of existing Java exceptions.

The below program illustrates using and defining Custom exceptions in Java

The output of the above code will be:

Question 20) Explain the propagation of exceptions in Java.

To know more about Exceptions in Java, you may refer to this and this.

Question 21) What is the OutOfMemoryError in Java?

Answer 21) The java.lang.OutOfMemoryError happens when there is insufficient space to allocate an object in the Java Heap memory. The garbage collector cannot make sufficient space to accommodate a new object. The various cases in which the exception is raised is:

Question 22) What are the rules that need to be followed when overriding a method that throws an exception in Java?

Answer 22) This question is frequently asked, sometimes an interviewer may ask specifically for a particular case as well.

The following set of rules need to be followed when overriding a method that throws an exception in Java:

If the Superclass method does not declare an exception, then

The following program will generate an error:-

The following program will work fine

If the superclass method declares an Exception

The above code when compiled will give the following error message

Question 23) What is the difference between Checked and unchecked exceptions in Java?

Question 24) How many objects will be created in the following code, and where will they be stored?

Question 25) What will be the output of the following code.

Answer 25) The output of the above code is 386. The reason is the print statement has character literals in single quotes, so instead of concatenation, the corresponding ASCII value of each character is added, and the result is displayed as 386.

Question 26) In the program given below, what is the significance of …?

Answer 26) The … is a feature called varargs or variable arguments. The function having … indicates that it can receive multiple arguments of the data type String.

Consider the following example to understand the concept of variable arguments.

Question 27) In case a package has sub-packages, will it be sufficient to import only the main package?

Question 28) What is the difference between Arrays and ArrayList in Java?

Question 29) What is the difference between String, StringBuffer, and StringBuilder in Java?

Answer 29) There are three classes to represent a sequence of characters: String, StringBuffer, and StringBuilder.

Question 30) What do you mean by Association, Aggregation, and Composition?

Answer 30) In object-oriented programming, an object communicates with other objects to use the functionality and services provided by that object.

Association:  The relationship between multiple objects is called an Association. Association refers to how different objects are related to each other and how they are using each other’s functionality. An example could be the relationship between Teacher and Student. Multiple students can associate with a single teacher, or a single student can be associated with multiple teachers, but there is no ownership between the two objects, and each has its own lifecycle. Composition and Aggregation are two types of association.

Aggregation: An association is an aggregation where all objects have their own lifecycle, but there is ownership. All the objects can however exist independently. An example could be the relationship between Department and Teacher, a teacher belongs to one department, and if the department object is deleted,  the Teacher object can still exist independently.

Answer 31) Inheritance lags behind composition in the following scenarios:

Question 32) When is the runnable interface preferred over the thread class and vice versa?

Answer 32) Runnable interface is preferred over Thread class because of the following reasons:

Answer 33) What is Garbage Collection?

Question 34) When does an object become eligible for Garbage collection?

Answer 34) An object becomes eligible for garbage collection when:-

The article discussed frequently asked Java interview questions for professionals with an intermediate level of experience. Once you are done with this, you may check out our Interview Preparation Course to level up your programming journey and to get placed at your dream company.