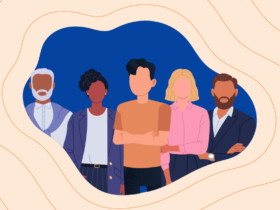 Signs to Identify a Diverse and Inclusive Workplace (Before Joining)

Bangalore is the capital city of Karnataka while Hyderabad is the capital city of Telangana. Both are equally important Indian cities in terms of foreign investment, economic contribution and information technology (IT). While Bangalore has had an early experience of the start-up culture, Hyderabad is not too far behind, especially with the latter becoming one of the popular locations for both foreign and local IT firms.

Hyderabad is also cheaper than Bangalore when comparing the expense of office space, thus being presented as a more economic solution for large MNCs that intend to build massive offices with hundreds of employees. However, Bangalore is the IT capital of India for quite some time, thus being the prime choice for most conglomerates and organisations to be at. The IT-centric city is also known as the Silicon Valley of India and boasts of multiple special economic zones (SEZs) and IT parks.

Bangalore is also highly advanced in terms of infrastructure in these areas designated for companies that provide software services. This allows a quick transition for companies and lets them blend in with ease. Companies have the option of getting operational quickly.

And, with the number of software engineers living in the city or willing to relocate to Bangalore, it is very easy to hire skilled resources as well. However, when talking about Bangalore vs Hyderabad, the latter has also recently become very IT-centric, starting from state laws geared towards promoting IT development and foreign investment to the creation of its own SEZ, HITEC City. Hyderabad’s IT prioritisation highly supports the endeavours of multiple MNCs who have set their eyes on this city during recent years.

Indisputably, both the cities are highly alluring choices for IT and ITeS (IT-enabled services) companies.

IT and ITeS Companies in Bangalore

Notably, 80% of the large global IT firms have offices in Bangalore. There is no doubt that Bangalore is an important city for India. The city contributes to over 34% of the country’s IT exports. Moreover, it is soon expected that this city will be the largest IT cluster in the world, overtaking top-tech clusters such as Shenzhen, Berlin and even Silicon Valley.

Bangalore is all set to become the IT capital of the world, thus being highly lucrative to both local and foreign companies for setting up their operations and offices here.

Here are some of the top companies that have offices in Bangalore:

IT and ITeS Companies in Hyderabad

Hyderabad comes second in rank just after Bangalore in terms of how many IT operating companies they are home to. Because of Hyderabad, ITeS and IT exports from Telangana have increased at a massive CAGR of 11.32% from FY 2013-2014 to FY2021.

As a matter of fact, the state has experienced a growth of 17.93% in FY 2019-2020 as compared to FY 2018-2019 in the IT sector directly because of Hyderabad. Further, Hyderabad has opened up its door for all the incoming companies and has the resources such as 24×7 uninterrupted power and specially-constructed software parks to support these firms as well.

Here are some of the well-known companies that have offices in Hyderabad:

IT in Bangalore vs Hyderabad

The pandemic might have caused a small delay in this or Bangalore might have already reached this point this year, regardless of that, it is one of the largest sources of human talent pools, especially in the fields of IT and software development. With the city also housing multiple academic institutes and technical schools, there will never be any lack of skilled employees here.

Bangalore is also an alluring city to employees and many are willing to stay here and work for their employers. The highly organised infrastructure and active personal life make it even more desirable to relocate here. More than 50% of the population in Bangalore is migrants, thus reinstating this fact even more.

This makes choosing Bangalore a great idea for companies around the world as they can get their choice of the best minds in the industry. Bangalore has also been declared the most dynamic city in the world by the City Momentum Index. These views are supported by JLL, the UK firm with a presence in over 80 countries as well as the World Economic Forum, especially when it comes to growth and infrastructure. However, we must also note that Hyderabad is not far behind and comes second in the City Momentum Index.

Hyderabad leads each of the other five metro cities such as Mumbai and Bangalore when it comes to the office-space absorption rates. Hyderabad experienced office space absorption of 1.26 million square feet in the second quarter of 2021. This was a massive 129% jump from the last financial year, a huge leap compared to the 6% average growth from the top five metro cities.

This simply shows how fast Hyderabad is growing and how many companies are either setting up offices here or expanding their base. Hyderabad has 34 SEZs that are fully operational and 64 officially approved SEZs underway. This will not only encourage companies to invest in the city of Hyderabad by thinking of new and cheaper office space but also positively affect the economy of the state of Telangana. The cost of living in this city is also lesser than in cities such as Bangalore.

This encourages many IT professionals and software developers to relocate here or look for jobs here. This allows companies to save up money on rent accommodations or compensation as well as helps them to acquire skilled human assets easily.

Which is the Best City for IT?

Since 1990, Hyderabad has seen an upward surge in the number of companies setting up their base in this city. This will not reduce any time soon, especially with the numerous relaxations and exemptions offered by the state of Telangana to support their growth in IT.

Companies can also take advantage of 100% foreign equity and duty-free imports if they are registered under the STP scheme. Firms can further benefit from extensive export support and accessing dedicated data communication links due to this scheme. However, Bangalore has a massive amount of skilled manpower to change a company’s decision when pondering about which city to choose from. Bangalore also has more resources and is one of the smartest cities in the world. Notably, both cities are among the top 10 IT cities in India.

Bangalore and Hyderabad both were in the lead (interchangeably in accordance with area/time variables) in terms of development and growth among all the IT cities in India in 2020.

Why is Bangalore the IT hub of India?

Bangalore has a huge number of SEZs and the highest number of IT companies operating within its boundaries.

Which city is known as the IT hub of India?

Bangalore is known as the IT hub of India.

In terms of IT, it would be Bangalore. However, when talking about other factors, there are many more great cities in this massive nation.

What is Bangalore vs Hyderabad GDP?

Which office is better when talking about Amazon Bangalore vs Hyderabad Amazon?

Bengaluru and Hyderabad are the hubs of which industry?

Is Bangalore’s IT hub better or Hyderabad’s IT hub?

As for now, it seems that Bangalore’s IT hub is larger and more extensive in nature. Bangalore is one of the largest IT clusters in the world.

Which city is cheaper?

Hyderabad is cheaper among the two. Rent, food and utilities are all cheaper in Hyderabad as compared to Bangalore. Hyderabad wins even when we talk about school fees in Hyderabad vs Bangalore.

What is the future of both these cities?

Entering Bangalore is more fluid for companies as the city is highly advanced and boasts of several world-class software parks and SEZs. The city is also more organised and is home to over 100 engineering institutes that make it more alluring for all the employers out there who are in need of skilled resources. It is also the ‘tried and tested’ Silicon Valley of India and even Asia.

However, Hyderabad has also become an increasingly better choice for IT with its new set of IT regulations and a massive number of developmental projects underway.