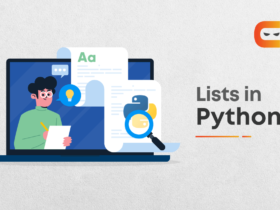 We know that various scheduling algorithms are used to assign resources to perform different tasks. One of these CPU algorithms is Priority based scheduling.

As the name itself suggests, it is related to the priority of the task to be performed.

In a nutshell, a priority is associated with each process, and the CPU is allocated to the process with the highest priority.

Where is it used?

It is used in operating systems to perform batch processes.

Now, a natural question comes to mind – On what factors the priorities are based on?

See, the priority of a task can be decided either externally or internally.

Some of the internal factors can be –

Whereas the external factors can be –

If two or more tasks have equal priority, they are executed on FCFS(first come, first serve) basis, i.e., the process that arrived first among them will be given CPU first.

How are the priorities represented?

These are generally depicted by some fixed range of numbers, like 0 to 7 or 0 to 4095. Depending on the systems, the high priority can be represented by either low numbers or by high numbers.

Note: Throughout this article, we will be considering low numbers as a high priority.

We know about the SJF(shortest job first) scheduling algorithm. An interesting point here, it is also a type of priority based scheduling algorithm in which the priority of a process is inversely proportional to the next CPU burst. It means that the process with the next smallest CPU burst will have higher priority and will be assigned CPU first and vice versa.

If you are not aware of the SJF algorithm, you can read about it here.

Types of Priority Based Scheduling

It is a priority scheduling algorithm in which the CPU is preempted when a new process arrives i.e it will start executing the new process if the newly arrived process is of higher priority than the currently running process.

Now, let’s consider an example to understand this better.

Note: Burst time is the time taken by a process to complete its execution.

Now what we will do is, we will form a Gantt Chart to schedule these processes using Preemptive priority-scheduling:

In this example, we will consider the process with the lower priority number has higher priority.

Steps to make Gantt chart for scheduling are as follows –

Then, P3 is inserted into the chart.

The burst time of P4 is 4, and P4 is the only process left, so it finishes its execution at time=20.

This chart contains the calculated Completion time, Turnaround time and Waiting time for all the processes using the formula mentioned above  –

Advantages of Priority Based Scheduling

Disadvantages of Priority Based Scheduling

What is priority scheduling with examples?

Priority scheduling is a CPU scheduling algorithm in which the CPU is assigned to the process having the highest priority.

What is priority based preemptive scheduling?

How is priority scheduling calculated?

We schedule the processes by making a Gantt chart. In this, the process that arrives first is scheduled first, and if two or more processes arrive at the same time, they are scheduled according to their priority.

What is FCFS in the operating system?

You can learn more about the various scheduling algorithms in operating systems like FCFS, SJF and many more interesting concepts related to operation systems here. Practising problems also helps to gain a clearer picture of the concepts. So, Do Practice questions from CodeStudio and check your understanding.