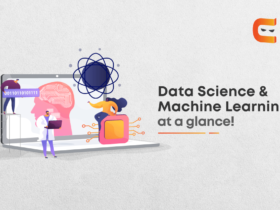 Outlining the Difference between Data Science And Machine Learning

Give a pat yourself on the back because you are at the right place! The entire blog has been divided into three sections: Basic, Intermediate, and Advanced. Whether you are a beginner or an experienced professional, these Git interview questions will undoubtedly help you expand your subject knowledge and excel in your interviews.

Ans:- Git is a distributed version control system that allows you to track changes in files and revert to any point in time. It is used to help coordinate the work of multiple people on a project while also tracking progress over time. In other words, it is a tool that aids in managing source code in software development.

Ans:- A distributed VCS is one that does not rely on a central server to keep track of a project file and all of its versions. In distributed VCS, each collaborator or developer is given a local copy of the main repository, referred to as a clone.

Every collaborator, as shown in the diagram above, keeps a local repository on their local machines. They can commit and update the local repositories without any problems.

Ans:- Git offers a range of benefits. Some of them are:

When a developer needs to start working on something, regardless of the size of the project, they create a new branch. This ensures that the master branch always contains production-quality code.

In this system, the developer receives a repository file that is present on the server. Along with this file, a copy of it is also stored in the developer’s system, which is known as a local repository. As a result, the project’s scalability improves significantly.

Ans:- The purpose of branching in Git is to allow you to build your own branch and move between them. It will enable you to return to past work while keeping your current work intact.

Ans:- A repository is a file structure in which git stores all project-specific files. Git can store files on either the local or remote repository.

Ans:- Git is a version control system that allows you to track changes to computer files. The main purpose of Git is to manage projects, or a set of them, as they change over time. It is helpful for tracking progress over time and coordinating work among multiple people on a project.

GitHub is a service that hosts Git repositories and provides a web-based graphical interface. GitHub enables every team member to collaborate on the project from any location, making collaboration simple.

Ans:- The command makes a copy (or clone) of an already existing git repository. It is generally used to make a copy of the remote repository and save it to the local repository.

Ans:- When you no longer need a specific stash, use the ‘git stash drop’ command to remove it. It will remove the most recently added stash item by default, but it can also remove a specific item if you include it as an argument.

If you want to remove all the stashes from the repository at once, use the ‘git stash clear’ command.

Ans:- ‘git commit –a’ is the command used to create a commit message. The –a flag tells git to commit the new content of all tracked files that have been modified. If you need to commit new files for the first time, use ‘git add <file>’ before ‘git commit –a’.

Ans:- When you create a repository, you will notice a .git directory inside it. This .git directory contains all of the repository’s metadata and keeps track of all changes made to the files in your repository by keeping a commit history.

This folder contains all information about commits, hooks, refs, object databases, remote repository addresses, and so on. This is the most important aspect of Git. This is the directory that is copied when you clone any Git repository on your local machine.

Ans:- Before committing to the changes, the developer is given the option to format and review the files, as well as make changes to them. All of this occurs in the common area known as the ‘Index’ or ‘Staging Area.’

Ans:- A commit object consists of the following components:

Ans:- You can find out the branch merge status by running the following commands:

Ans:- The HEAD is simply a reference to the branch’s most recent commit object. There will always be a default HEAD referred to as ‘master’ or now ‘main’ (as per GitHub), but there is no limit to the number of HEADs available. In other words, it can have as many HEADs as it wants.

Ans:- Git typically handles feature merges automatically, but when working in a team environment, there may be instances of conflict, such as:

A merge conflict occurs when Git is unable to resolve differences in code between two commits automatically.

Ans:- Use the command ‘git branch –d [head]’ to delete a branch.

Ans:- The ‘git log‘ is used to find specific commits in your project history- by author, date, content, or history.

Ans:- You will lose track of your project’s history if the .git/ directory is deleted. Also, version control will be removed from the repository.

Ans:- The command ‘git Is-tree‘ returns a tree object that includes the mode, name, and SHA-1 value of the blob or tree.

Ans:- The ‘Bare Repository’ is used to coordinate with the distributed development and developers team, especially when working on a project from multiple computers. A bare repository is simply a history of your code’s versions.

Ans:- The ‘git checkout‘ command is used to update specified files or directories in your working tree with those from another branch without merging the two branches.

The ‘git fetch’ command accomplishes the same thing, but in two steps:

A ‘git fetch’ does not immediately update your own local branch or working copy under refs/heads, but a ‘git pull’ brings the local branch up to date with its remote version.

Ans:- The command ‘git reset –mixed’ is used to undo changes to the working directory and git index.

The ‘git merge –abort’ command is used to terminate the merge process and return to the state before the merge.

Ans:- The ‘git rm‘ command is used to remove the file from both staging and the disc.

Ans:- The command ‘git instaweb‘ is used to open a web browser and launch a webserver with an interface into your local repository.

Ans:- The ‘git cherry-pick’ command allows you to select commits from one branch of a repository and apply them to another. This command is helpful for undoing changes made by mistake to the wrong branch. Then, switch to the appropriate branch and run this command to cherry-pick the commit.

Ans:- The ‘git cherry-pick’ command allows you to select commits from one branch of a repository and apply them to another. This command is helpful for undoing changes made by mistake to the wrong branch. Then, switch to the appropriate branch and run this command to cherry-pick the commit.

Ans:- Both the ‘rebase’ and ‘merge’ commands are used to integrate changes from one branch to another, but they do so in slightly different ways.

As shown in the image below, the result of the ‘merge’ will be a combination of commits. It joins the histories of both branches and creates a new ‘merge commit’ in the feature branch.

The ‘rebase’ command, on the other hand, will move the entire feature branch to the beginning of the master branch.

Ans:- A merge can enter a conflicted stage in one of two ways:

Clone: Creating a clone or copying an existing git repository in a new directory is referred to as ‘git clone’. Cloning creates an automatic connection back to the original repository, making it very simple to interact with the central repository.

Branch: Individual projects within a git repository are referred to as git branches. Within a repository, separate branches can have completely distinct files, and folders, or everything can be identical except for a few lines of code in a file.

Ans:- To combine the last N commits into a single commit, you have two options:

Ans:- You can revert a commit in two ways:

Ans:- It is always preferable to create a new commit rather than amend an existing one for the following reasons:

Ans:- To resolve a merge conflict in Git, follow these steps:

Ans:- Both commands are used to reapply your previously stashed changes and resume work from where you left off.

In the ‘git stash pop’ command, the changes are re-applied to the working copy after being removed from the stash.

In the ‘git stash apply’ command, the changes will be saved in the stash as well as applied to your working copy. When you want to apply the same stashed changes to many branches, you can use this command.

Ans:- The ‘git reflog’ command keeps track of any modification made to the repository references (which can be branches or tags), as well as the history of branches/tags logs that were either created locally or checked out.

Git maintains reference logs, including commit snapshots from when the branch was established or cloned, checked-out, renamed, and any commits done on the branch. The ‘reflog’ command lists these references logs.

Ans:- Yes, it is. You’ll need to know the SHA to recover a deleted branch. Every operation in Git generates a unique ID called SHA or hash.

The SHA is displayed on the terminal when you delete a branch:

To retrieve the deleted branch, run the following command:

If you don’t know the SHA of the commit at the branch’s tip, use the git reflog command to find out, then use the checkout command to restore your branch.

Ans:- It is possible to recover the files that were stashed and saved in the stash index. Untracked files will be lost. That’s why staging and committing your work or stashing it is a good idea.

Ans:- For this, you can use the ‘cached’ option:

This command will delete the files from your repository but not from your local filesystem.

What is Git repository interview questions?

Git is a distributed version control system that allows you to track file changes and roll them back to any point in time. It is one of the interviewers’ favourite topics to play with. The git repository interview questions include all of the critical and frequently asked questions you may encounter in an interview.

What is the difference between Git and SVN?

Git and SVN have the following differences:

What is CI/CD interview questions?

CI/CD stands for Continuous Integration, Continuous Development and Continuous Delivery. These are a collection of DevOps best practices that ensures that code updates are delivered often and reliably. CI/CD interview questions include questions based on CI/CD, their advantages and disadvantages, their relation with DevOps, implementation of CI/CD pipeline etc.

What is SonarQube interview questions?

Sonar is a web-based tool for analysing code quality in Maven-based Java projects. It includes a broad range of code quality checkpoints, such as architecture and design, coding rules, potential bugs, complexity, duplications, unit testing, and so on. As a result, it has become one of the essential interview topics. Its interview questions include its uses, benefits, quality profiles, quality gates, architecture, and role in databases, etc.

We hope you found this blog useful. Feel free to let us know your thoughts in the comments section.