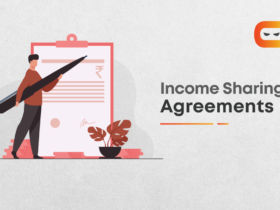 In python programming or any other programming language, looping over the sequence (or traversing) is the most common aspect. While loops and for loops are two loops in python that can handle most of the repeated tasks executed by programs. Iterating over sequences is so widespread that Python offers extra capabilities to make it easier and more efficient.

In Python, an iterator is an object used to iterate over iterable objects such as lists, tuples, dictionaries, and sets. An object is called iterable if we can get an iterator from it or loop over it.

Let us understand this with one example:

You can efficiently process the traversing using a For or While loop to get each element one by one.

They are neatly implemented within for loops, comprehensions, generators, etc., but concealed from view. In simple words, an iterator is just an object that can be iterated on.

A Python iterator object must implement two specific methods, __iter__() or iter() and __next__() or next() , which are referred to collectively as the iterator protocol.

The iter() function in Python returns an iterator for the supplied object. The iter() generates a thing that can be iterated one element at a time. These items are handy when combined with loops such as for loops and while loops.

The next() method accepts two parameters:

Assume we have a list of different types as given below.

As you can see, when we are trying to print the iterator a, it shows its type and the memory address it is located on. One by one, next() fetches the element from the list.

Let’s use the same example to figure out why there’s an exception at the end of the sequence in the above diagram.

Let’s look at the next() method again in the above program to see what happens next.

When we attempted to fetch the next value, we received an exception. Usually, a StopIteration Exception is raised when the next() method attempts to proceed to the next value, but there are no new values in the container.

What exactly is going on in the code’s background? Let’s have a look at the flowchart given below to understand it.

Now, how to avoid the StopIteration Exception?

StopIteration is an iterator’s means of signalling that it has reached the end. When you use a for loop to iterate, the exception is handled internally and exploited to terminate the loop.

This is one of the distinctions between loops and iterators. When you explicitly call next(), you should be prepared to catch the exception yourself. A more elegant way to print the elements by using the loop is given below.

We can wrap the code inside the try block, as shown below.

Let us consider some more examples:

After the maximum is hit, we will get the None an infinite number of times. The StopIteration statement can be used to halt the iteration from continuing indefinitely.

We can add a termination condition to the next() method to produce an error if the iteration is repeated a certain amount of times.

Great, We made our iterator by defining its maximum length and including the terminating condition.

For a better understanding, consider the following example.

In the above code, we are attempting to implement an iterator of powers of two manually. In the __iter__() method, we direct the n variable to the initial value. In the __next__() function, we manually increase the n variable to its maximum value. Simultaneously, the result is returned to an iterable object.

Building an iterator in Python requires a significant amount of effort. We must create a class containing __iter__() and __next__() methods, keep track of internal states and raise StopIteration when no values are returned. This is both long and contradictory. In such cases, the generator comes to the rescue.

Python has a generator that allows you to create your iterator function. A generator is somewhat of a function that returns an iterator object with a succession of values rather than a single item.

A yield statement, rather than a return statement, is used in a generator function.

The difference is that, although a return statement terminates a function completely, a yield statement pauses the function while storing all of its states and then continues from there on subsequent calls.

Let’s retake the Power of two’s example to illustrate the concept.

Since generators maintain track of information automatically, the implementation was shorter and more streamlined.

Explanation: yield in Python can be used as the return statement in a function precisely the way we have used in the above program. The function returns a generator that can be iterated upon instead of returning the output when done so.

Python iterates over the code until it reaches a yield line within the function. The function then transmits the produced value and pauses in that state without leaving. When the function is called again, its last paused state is remembered, and execution is begun from there. This will continue until the generator is exhausted.

Why use generators when the return statement is already present?

The most well-known feature of generators is their excellent memory efficiency. A standard function that returns a sequence will first construct the whole sequence in memory before returning the result. If the number of elements in the sequence is enormous, this is overkill. The generator implementation of such sequences, on the other hand, is memory-friendly and preferable since it only generates one item at a time.

Comparison of Iterators and Generators in Python

Now, let’s look at some distinctions between Iterators and Generators in Python:

What are the Iterators and generators in Python?

Iterators are primarily used to iterate through other objects or convert them to iterators using the iter() method. Generators are commonly used in loops to create an iterator by returning all the data without impacting the loop’s iteration. Iterator makes use of the iter() and next() methods. The generator uses the yield keyword.

What is the difference between iterable and iterator in Python?

What is the purpose of the yield statement?

To summarise the session, we explored Iterators and Generators in python.

Don’t sit idle. Continue to practice the listed Implementations on your own. Keep an eye out for the fantastic articles.

Don’t stop here Ninja, get yourself enrolled in our Top-notch Courses from the best faculties.