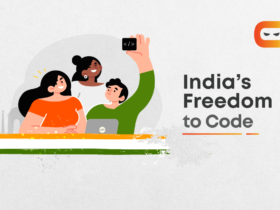 Java has a predefined String class that represents character strings. All string literals in Java programs, such as “Hello“, are implemented as instances of this class.

Java can provide a comprehensive set of features that simplify string manipulation by implementing strings as built-in objects. It includes methods for comparing two strings, searching for a substring, concatenating two strings, among other things.

The second part of this series covers Special String Operations. Having read this blog, we recommend you to read part-2 as well to ensure a great understanding of this topic.

So, without further ado, Let’s get started!

Creation of Strings in Java

Before diving deep into the working of Strings in Java, Let’s learn about how to create them.

String objects in Java can be created in one of the two given ways:

By using a string literal

In Java, this is the simplest way to create strings. String literals can be created by using double quotes.

How does this work internally?

A reference to the pooled object is returned if the string already exists in the pool. If the string does not exist, a new string object or instance is created and placed in the string constant pool.

While creating the obj1, JVM will not find any string object having the value “Coding Ninjas” in the string constant pool to create a new object. For obj2, it will find the string with the same value in the pool. Thus no new object will be created, and the reference to the previous instance will be returned.

Note: This method of creating strings in Java is memory efficient.

To understand what the preceding paragraph means, look at the diagram below.

Some important constructors of string class are explained below.

To create a String with an array of characters, a string class constructor can be used as given below:

As we can see, s1 and s2 contain the exact string.

Note: To handle an array or sequence of characters, Java provides two more classes other than the string class. These classes are StringBuffer, and StringBuilder. We will discuss them in detail in the upcoming section but before that let’s see why string is immutable?

Immutability of Strings in Java

In Java, string objects are immutable, which simply means something that cannot be changed or modified. Once a string object is created, its data or state can’t be modified.

In the given example, Coding is not changed, but a new object has the value CodingNinjas.

It is evident in the diagram given below. Here Coding is not changed, but a new object is created having value Coding Ninjas. That is why strings in Java are immutable.

In the given diagram, two objects are created, but the reference variable ‘s’ still refers to “Coding” and not to “Coding Ninjas”.

But if we explicitly assign it, it will refer to the “Coding Ninjas” object.

An object is considered immutable if its state cannot change after it is constructed. Security, synchronisation, and efficiency are three substantial advantages of making the String class immutable.

The various reasons for string immutability are listed below.

Let’s look at some of their prominent features and differences.

Note: StringBuffer(String str) accepts a String argument that sets the initial contents of the StringBuffer object and reserves room for 16 more characters without reallocation.

Thus in the above example, It will produce a string builder with a length of 12 and a capacity of 16.

Note: The append() and insert() methods, which are overloaded to accept data of any type, are the main operations on a StringBuilder that are not available in the String class.

We discussed these operations in detail in the Special String Operations blog.

Differences between StringBuffer and StringBuilder

Both the classes are analogous, except that StringBuffer is thread-safe by having its methods synchronized. Some of the primary differences and similarities are given in the table below:

What are strings in Java?

The string is a non-primitive data type. It is implemented as a character array in the memory.

What is special about strings in Java?

Strings in Java are not just a non-primitive data type, it is an object of Java String class. It is implemented internally by a char array. Since arrays are unmodifiable, Strings are unmodifiable as well. To change to a String, an entirely new String should be created.

What is the main difference between string and string buffer?

Is string thread-safe in Java?

String is immutable, and that’s why it is also thread-safe. The string can not be used by two threads simultaneously.

Why is string immutable in Java?

Caching, security, synchronisation, and efficiency are all advantages of making the string class immutable. The basic reasons for string immutability are mentioned above.

In this tutorial, we learned about Java Strings, how to create them, and various string methods with the help of examples. String class is undoubtedly the special class in Java, and it has a rich library of methods and constructors.

To read more about methods of String class in Java, move to Special String Operations|Part-2 of this tutorial.

If you want to explore primitive data types in Java? Check out this amazing article: Data Types And Identifiers In Java.

Java is one of the most popular languages. It finds wide applications in Android development and server development. Learning Java in-depth will get you a lucrative placement.

To learn more about Java, take a look at various courses offered by Coding Ninjas. To know more about the best books of Java, check out our blog on 21 Best Java Programming Books for Beginners & Experts.