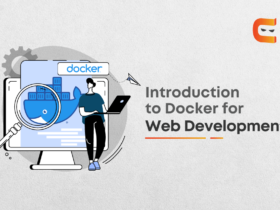 Introduction to Docker for Web Development

Seven individuals backed up by an amazing Product Team and five interview experiences – this is how it all started a year ago. 26th August 2020 was when CodeStudio, Coding Ninja’s one-stop platform to fulfil a student’s entire development cycle while preparing for placements, was launched.

In the units of time, only a year has passed since its launch. But in terms of achievements, additions and ardour, the number is a thousand.

In another article, I would have written “Let’s now take a walk through this journey”, but to live the journey of CodeStudio, you will have to run for some time, walk for some, even jump over hurdles because that is how we brought CodeStudio into existence.

This was just the first milestone. The content team was scaled to a total of 15-18 interns in just a month’s time and now these new additions with an undying ardour sparked a chain of achievements. Talking about their experiences, one of the interns exclaimed “Honestly no one ever wants to leave such a happy learning environment!”. This string of words is enough to understand how the team was able to give us a perfect end result.

The team, under the guidance of Parikh Jain and Mohammed Afzal worked tirelessly on curating the first 25 Interview Experiences. The leadership by Parikh and Afzal is something that all of us working under them are always in awe of. “You treat them [the team] as humans and not ‘resources’. I respect that in you”, an intern said to Afzal. A team whose contributors are happy and led by individuals with strong visions and empathetic ways is undoubtedly set to bring to its name, a thousand laurels. And it did.

By now, the Interview Experiences Vertical was properly established and set into smooth working. But it was just one aspect of what Coding Ninjas had in mind. Coding Ninjas always wanted to work on free content for aspiring next-generation techies. Anticipating the idea and in pursuit of raising the bar to excellence, we went the extra mile to create a specialized learning track for every category. We named it the Guided Paths!

A Guided Path entails an expert-designed roadmap for every category of Placement Preparation subjects. For example, our Guided Path on Data Structures comprises 18 progressive modules. The path starts with a module on Arrays where you cover all important problems on the topic and also are given notes for better understanding. Eventually, you move to the next modules and by the end of the Guided Path, you would have covered all the topics of Data Structures in an organised and efficient manner.

This eliminates the hassle that students face while figuring out what topics they have left or which ones they are good/weak in. Guided Paths give you a full-fledged roadmap that you can walk through at your own pace. Some of the other Guided Paths we have curated are as follows:

As the team was taking up more and more challenges, it was intuitive to add on to the army. By the end of October 2020, the content team was scaled exponentially to make it a team of 60+ content creators which included 5+ Content Managers and 10+ Problem Reviewers. The two verticals were now two teams with two distinct ways of working but united by one goal – empowering the young generation of techies.

Rahul Lather and Shiv Shankar Das took the lead of the IE vertical and the Guided Path vertical respectively. These two super talented gems joining full time kept the flame alive. With the efforts of Team CodeStudio, we are today live with 650+ Interview Experiences, 15 top coding-questions’ lists with more than 2000+ coding problems and 8+ Guided Paths!

Just as one would think we’re closing the finishing line, Team CodeStudio decided to take up another challenge – the Blogs Vertical​​.

This new challenge was different to the previous two in the sense that we needed individuals who had great writing skills and were also technically sound. Mohammed Afzal took charge of this vertical personally and started the team with three interns who joined as Technical Content Writers – Aanchal Tiwari, Pranchal Agrahari and Dharani Mandala. These three individuals, perfectly amplified their technical skills using their writing abilities to come up with the first three articles of the Blogs Vertical of CodeStudio:

Roadmap For Beginners To Dynamic Programming

These articles went live on Coding Ninjas’ Blogs Section on May 24th, 2021. Now was the time to scale the team and make more amazing articles for the aspiring technologists out there. This point in the article would be a good one to introduce myself, your narrator. On the same day, May 24, I, Khushi Sharma, became the fourth intern to join the Blogs Team of CodeStudio as a technical content writer. Today, three months later, I am leading the Blogs Vertical which has now become a 4-tiered team of 28 members.

Between these two checkpoints, a lot happened.

Under the leadership of Mohammed Afzal, our team expanded with every passing day and so did the quality of the articles that went out. I get overwhelmed when I compare the first article each of us wrote to the one we’re writing today – we all grew so much! The writers were eventually promoted to the designation of Reviewers. Shubham Mongia joined as the manager of the vertical.

His valuable contribution gave a good boost to the team for the coming challenges. However, on getting his full-time offer in another firm, he had to move on from Coding Ninjas. I was then fortunate enough to have been given the opportunity to lead the entire Blogs Vertical for which I will always be grateful, to Afzal who has been an amazing mentor to all of us. He helped me to realise my passion for taking the team forward with a strong vision.

The vision for this vertical is to integrate it entirely with CodeStudio to make it an entirely new product that will suffice all your needs for resources to learn any technical topic in ways that make you look beyond your textbooks and spark your problem-solving skills. Look out for it!

Sixty-one individuals, three teams and immeasurable content – this is where CodeStudio is today. If someone asks, what has worked for us, my simple answer would be the motivation that has been inculcated in each one of us by our leaders in ways that CodeStudio has become a part of all of us.

We strive to make it better every day and we shall keep doing so. With a strong vision, we shall move forward to many more achievements and additions sparked by an undying ardour.

I shall close by quoting Mohammed Afzal,

“Life always takes you to a better place and position, you just have to be patient, trust the time and keep on nurturing all your skillset coz trust me, you are going to apply those when you had least expected them to come in handy”.