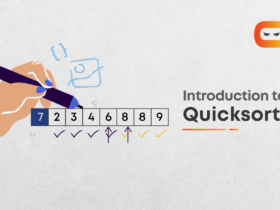 Technology has always been embedded in Indian culture. Today, you can find it in almost all Indian sectors, including food, travel, government, and arts. With time, our nation is marching towards becoming a global leader in the technological world. We have successfully managed to mark our presence on the global platform through exceptionally talented people in tech and their commitment to delivering excellent performance worldwide.

Today, Coding Ninjas is celebrating the 75th Independence Day of India by saluting its tech experts for their hard work, innovation, and dedication. They have consistently proven that Indians have the mettle for being global technology leaders and have been sustaining this reputation for years now. India has transformed digitally over time. Today, it ranks third in the list of highly attractive investment destinations in the global market. Though it was no easy feat with the extreme competition, India’s technologically gifted citizens have helped the nation climb the ladder of success and become a well-established name in tech globally.

Today, we are talking about three Indian names in tech who have developed programming languages, writing the story of success for themselves and many others like them. Let us dive into learning about these commendable Indian computer scientists who have given existing and emerging developers a new, homegrown perspective into coding.

Viral B Shah is a computer scientist born and brought up in India. He is also famously known as the co-creator of the programming language Julia. It is an open-source, high-level, dynamic language, designed mainly to write any application possible with utmost ease. Launched in 2012, Julia began to gradually attain a higher level of competency in the technological world. It is now considered one of the most suitable alternatives to more established languages like Python and MATLAB. Julia is also well-suited for computational science and high-performance numerical analysis, which once used to be highly demanding tasks.

Today, Julia has become the first choice of innumerable developers who wish to develop an application without much chaos. The idea and initial groundwork for Julia took place in 2009. The aim was to develop a programming language that is easy-to-use, free, and high-level at the same time. As per the latest records of 2021, users in more than 10,000 companies have downloaded Julia, with over 29 million downloads. Its latest release was on July 14, 2021.

First introduced in 2010, Kojo is an open-source programming language and an integrated development environment developed by Lalit Pant, a programmer based in Dehradun, India. Pant is a teacher and a computer programmer who considers computers to be his best friend. Gradually, he became a well-known computer scientist who developed Kojo! It comes loaded with a series of exciting features such as exploring, playing, creating, and learning in the field of computers. It also offers features like developing cognitive abilities, interactive maths, art, music, graphics, science, animation, electronics, and games.

Kojo is based upon and written in Scala, another programming language. Here, users begin with a simple subset of languages and process them into steps. Lalit once stated that he chose Scala to be the foundation of Kojo for two reasons: firstly, because of its low barrier to entry and secondly, its potential power.

Due to its popularity and easy access, numerous schools in India and the world use Kojo. As it is an easy language to start with, people all around the globe prefer Kojo for fostering computer-based skill development at an early age. Some of these schools are:

Apart from schooling, Kojo has been used to organize multiple events like Silicon Valley Camp, CoderDojo, Hack The Future, and online meetups.

Pronounced as “visual jay-sharp”, Visual J# was introduced by a team of Indian developers working in Hyderabad-based Microsoft India Development Centre at HITEC. Visual J# was a programming language that would act as a transactional language for Visual J++ and Java programmers. It was introduced in 2002, but unfortunately, did not last very long. It was discontinued in 2007. The final release of the product was supported until October 2017.

If you feel you have it in you to be the next developer known throughout the nation, get in touch with Coding Ninjas today, and give wings to your dreams like no other. Unlike other tech educational platforms, Coding Ninjas aims to continuously innovate how we train the next generation’s developers. First introduced in 2016, Coding Ninjas is successfully bridging the gap between top industries and college-goers through their markable teaching techniques. With its world-class teaching facilities, Coding Ninjas is all set to impart top-notch, competitive tech education.

Soon after independence, Pt. Jawaharlal Nehru initiated reforms to energetically promote technology in India and took measures to improve higher education in the same. Indian Institutes of Technology (IITs) and National Institutes of Technology (NITs) were established to promote technical education and take it a step forward to meet worldwide standards. Along with IITs and NITs, the Soviet Union inaugurated the Indian Space Research Organization that boosted the development of the Indian Space Programme and Nuclear Power in India.

Technology has since then been an inevitable and inseparable part of India and a ticket to development. Therefore, several students aim to become engineers like Lalit Pant and Viral B Shah and global leaders like Sundar Pichai.

New technologies are introduced and also get hijacked every day. With the rise in technological complexities, professionals who can tackle these complex situations are always in demand. Science and technology have thus become two major career options for today’s generation.

If you have the consistency and commitment for exploring all the prospects the tech world offers, time for you to trust Coding Ninjas. This is a one-stop destination for coders and developers, with a series of free and paid online courses taught by faculty from Stanford and IIT. If you’re all set to dive into the professional world, CodeStudio is a pre-interview boot camp that will help you develop the relevant skill set and ace your next big tech interview.

Enrol at Coding Ninjas today, and we will open the door to success for you!