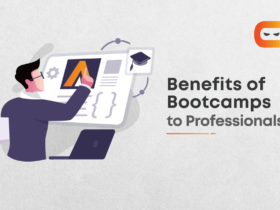 No matter if you’re vegetarian or non-vegetarian, kebabs are a bite almost no one can resist.

I hope I didn’t make you too hungry because now we will understand the idea of string in Python using the example of a kebab.

There are pieces of meat or vegetables in kebabs on a skewer; a string is a sequence of characters. Let’s visualise this analogy with the help of the picture below.

There are pieces of meat or vegetables in kebabs on a skewer; a string is a sequence of characters. Let’s visualise this analogy with the help of the picture below.

Now, as in other programming languages, a string is stored in the computer memory as an array of characters as follows:

Note: It is essential to know that Python does not have any character variable compared to other programming languages. Instead, characters are strings with unit length in Python.

Therefore, on combining the two facts stated above,

Let us learn about the practicability of strings in Python in the article ahead.

The general syntax to create a string variable is:

An example would be,

In Python, strings can contain not only a word but also multiple lines.

The syntax for a multi-line Python string is:

Now that we know how to create strings in Python, we will learn to access their characters.

Remember, the indexing starts from 0 in Python.

Therefore, the general syntax is:

For example, according to the indexing shown below, to access a letter, let’s say, ‘P’ we will use the following syntax:

The negative indexing for the example above is as follows:

Therefore, the letter ‘P’ can also be accessed as follows:

Doing that in Python is easy and is as follows using for loop:

We know that as an English word, slicing means cutting out a small part.

In Python, it means the same too! Therefore slicing a string in Python means getting a small part out of the entire string, i.e., substrings of a string.

The syntax to find substring in Python is as follows:

To understand this better, let us consider the below string again.

The result of the above slicing will be “TEMPTING”, Yes the whole string because it takes the default values of all three.

If we match the snippet with the index, the starting index is 2, the ending index is 8, but it will run till ending_index-1, i.e. 7, and the interval is 2. Thus, it should print every second character, starting from the 2nd index up to the 7th index.

We can do slicing using the negative index as well; let’s see how using the below example:

As shown in the diagram above, The output of the above snippet will be “PTI” because it starts at 3 and goes until endindex-1, i.e., -2-1=3 with an interval of 1.

Example 4: You know we can reverse the string using slicing. Yes, let’s see how!

The above snippet will reverse the whole string and print “GNITPMET”.

Curious about substrings in Python? You can also read more about them, like Python substring after a character here.

We have already learnt a lot about strings, but now the question arises can I reassign letters in strings in Python with a different value?

If you guessed no, you are correct!

Strings in Python are immutable, i.e., we cannot change them.

For example, if we run the following:

We will get a TypeError as shown below:

We can, however, reassign the string variable with an entirely different value like this:

Accessing the elements is not the only thing you can do in Python. Python also offers many built-in methods to process strings and use them, but before seeing some commonly used methods, we should learn about the format( ) method.

What comes to your mind when you hear the word format?

If you’re thinking of a sentence or a paragraph with blanks for you to fill in, you’re on the right track. The format() method formats the specified value(s) and inserts them inside the string’s placeholder.

The placeholder is defined using curly brackets: {}. In simple words, it is used to fill in blanks in a string with some values.

The syntax to use format() method is as follows:

For example, you may want to print the name and age of a few people stored in a list, which can easily be done in a single line as follows:

Now, let us see some other string methods in Python.

These are just a few of the commonly used methods for strings in Python. There are many more left for you to explore while coding.  You can also lookup more built-in string methods in Python’s official documentation.

Do inputs in Python get initialised as a string by default?

Yes, any input taken from the user in Python gets initialised as a string if not mentioned otherwise.

Do the string methods in Python change the initial value of the variable?

No, any string method in Python returns new values and does not change the original string.

Why are strings in Python immutable?

To avoid unnecessary bugs, strings are made immutable so that even by mistake, programmers cannot change the contents of the object.

No, Python strings are not a list, but we can convert them to a list in the following manner:
list(string_name)

How can we sort the letters in a string in alphabetical order?

The letters in a string can be sorted alphabetically following the given syntax:
sorted(string_name)

After reading this article, we know all about strings in Python. We learnt how to create and access strings. We also got to see a couple of commonly used string methods in Python.

Now that we know all of these, we need to put our knowledge to use by practising coding questions. You can find a wide range of interview questions specifically on strings at CodeStudio.

Apart from that, you can also find many DSA questions typically asked in interviews at big MNCs there. This will help you keep efficient coding techniques at your fingertips and provide you with interview experiences from scholars in large product-based organisations.