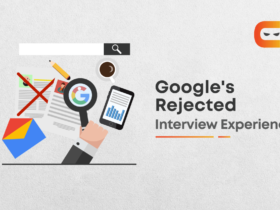 Innovation and ingenuity are always welcome, especially when they make it easy for merchants to operate their business or improve the experience of shoppers. And, Shopify is working in this direction. Its key goal is to introduce merchants to e-commerce and help them to start, run and grow their businesses.

In order to do this as effectively as possible, the massive Candian e-commerce MNC needs the help of skilled app developers for the platform. In order to cater to a wider variety of merchants, different commerce-enabling apps are required.

Shopify has recently introduced its 0% revenue model (up to the first $1,000,000), thus, making it more alluring for app developers to start building on the platform. One can start building Shopify apps directly from the Shopify Developers area.

However, to make things interesting, the e-commerce giant has come up with Shopify App Challenge to incorporate an eight-week program that will provide the necessary guidance to deploy a successful commerce app for the platform.

Last year saw hundreds of developers participate in the challenge. And, with the contest getting reimagined and improved this year, it will simply get more rewarding. Read on to know more…

What is the Shopify App Challenge?

Shopify App Challenge is geared towards bringing in talented developers who are vital for tending to the different needs of each merchant. The challenge also offers the possibility to build in public while collaborating or engaging with other skilled developers using Discord or Twitter.

One can register for this Shopify technical challenge by going to the Shopify Challenge 2021 page and signing up. This is also one of the Shopify challenges that are greatly focused on enabling developers to help merchants fare well during the Black Friday Cyber Monday or BFCM 2021.

Notably, the challenge is not limited or restricted to individuals with certain qualifications or any age group. Anyone who knows how to build, deploy and sustain applications by using Node.js, React, and GraphQL, can participate. One can also choose to use other languages such as Rails or Ruby.

Developers have the freedom to choose between building custom apps for clients and public apps. Builders also get to decide if the app will be server-side rendered, POS embedded, fulfilment integrated or storefront API in nature.

Participants will get a lot of support during the process of building their app from Shopify personnel and the developer community. Besides, you get to deploy an app that will be used by merchants across the world and gain revenue from this as well. Apps built during the challenge have the chance to be featured in the BFCM collection on the Shopify store.

What Kind of Apps Should I Build?

The entire focus of this Shopify challenge is to cater to millions of merchants who are in dire need of e-commerce apps to help run their shops or businesses during the Black Friday/Cyber Monday season. You are advised to focus on building an app that enables merchants to incorporate features such as gifting or personalisation and generate sales.

Both the expectations of consumers and merchants have increased, thus, apps should be built with a creative approach. And, it is always good to introduce new concepts or innovate. Here are some examples of the kind of apps you can build for Shopify.

The 8 Weeks of Challenge

The Shopify challenge has been distributed over eight weeks where developers will get to build apps while learning how to successfully deploy their concept.

You can also additionally join up for the Shopify partner program in order to gain access to a massive amount of resources. Let us check out how exactly each week will be spent during this challenge.

Week 1:  This is the app ideation stage where developers will conceptualise their app based on inspiration from existing apps or by discovering what merchants require.

Week 2: During this stage, developers must get familiar with Shopify’s developer toolbox and the APIs. Applicants must install the Shopify CLI and explore Shopify’s proprietary libraries. Shopify APIs can integrate your services with Shopify to embed Shopify-powered features on any website and admin console.

Week 3: This week is all about designing the UX of your app. Developers should spend this week getting comfortable with the Polaris Design System and learn how to design apps using the Polaris guidelines. You will also learn how to incorporate Polaris components into your app builds.

Week 4: This week will focus on core builds and coding. After designing, it is essential to organise and stabilise your code. You are also advised to learn how to use GraphQL and REST Admin APIs.

Week 6: This week will revolve around preparing for launch and more app testing. You must rigorously test your app on the development store and check your webhook failure rate from the webhooks report.

Week 7: During this week, developers will be busy pricing their app and branding it. Notably, branding and pricing affect how merchants react to your app, thus controlling how many users install it. You can read this to understand more about how to accurately price your app.

Week 8: You will have to submit your app for review during this week. This is the final week of the challenge and you must ensure that your app meets all the requirements of the platform before submitting it. You must also conduct one last system check and search for any remaining bugs.

You can go to the Shopify challenge page and select each of the structures (spacecraft icons) in order to get more information about each week of the contest.

Each of them provides resources and advice regarding the week they represent. Here is a picture of the nine structures incorporated into this Shopify developer challenge.

What is Shopify App Challenge 2021?

This challenge is a Shopify app contest that will allow developers to showcase their app builds.

Who can participate in this year’s challenge?

Everyone with experience in building web apps or working with integrations is welcome to participate in the challenge.

What is the benefit of participating?

Shopify app challenge winners will get a chance to showcase their apps on the Black Friday/Cyber Monday collection in the Shopify store. They will also be gaining revenue from the apps.

What kind of app should I build?

Your Shopify technical challenge submission should be based on what merchants want and their businesses need. You can choose to build an app that tends to the e-commerce needs of Shopify businesses.

Is there any internship opportunity from this challenge?

No, this is purely to encourage developers to deploy their own apps on the Shopify store so that they can earn from each installation.

Is the challenge easy?

The challenge is not very hard, however, it requires 8 weeks of dedication and a good hold over networking, web development and coding.

How customisable are the apps?

As long as you stick to the design, API and build guidelines, you can customise your app as much as you want.

How much commission does Shopify take?

Shopify takes zero commission till your first $1,000,000, following which, Shopify charges a 15% commission.

Is Shopify a good platform to sell apps?

Yes, Shopify is taking off incredibly well. And, it is already used by more than 1.7 million merchants worldwide with thousands of visitors or customers dropping into their Shopify sites. It is a great idea to sell your app on the Shopify platform.

Merchants and customers are still adjusting to modern solutions of e-commerce. And, this is the best time to introduce your apps or services to relevant merchants. Besides, the Shopify challenge is a great opportunity to interact with fellow developers and invest in yourself to become a full-time developer entrepreneur. This is your chance to build apps that have the potential to reach thousands among Shopify’s active 1,700,000+ merchants.