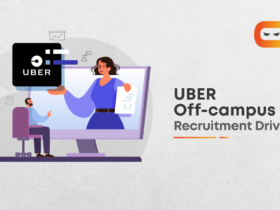 We know every node of the binary tree stores the data value of the node and the address pointers of the left and right children. If a node in a binary tree does not have a left or right child or is a leaf node, then the child node’s absence is represented by a null pointer.

Many nodes present in this tree hold a NULL value in their left or right child pointer (Denoted by sketched fields). The space occupied by these null values can be used to store some kind of valuable information.

One possible way to utilise this space is to have a special pointer that points to nodes higher in the tree (i.e. ancestors). These special pointers are called threads, and the binary tree having such pointers is called a threaded binary tree.

A Threaded Binary Tree is a variant of a normal Binary Tree that facilitates faster tree traversal and does not require a Stack or Recursion. It decreases the memory wastage by setting the null pointers of a leaf node to the in-order predecessor or in-order successor.

What is a Threaded Binary tree?

In a Threaded Binary Tree, the nodes will store the in-order predecessor/successor instead of storing NULL in the left/right child pointers.

One thing to note is that the leftmost and the rightmost child pointer of a tree always points to null as their in-order predecessor and successor do not exist.

To understand this, let’s look at an example of a Threaded Binary Tree.

In the above-given figure, the right pointer of node value 6 points to 9.

The main idea behind setting such a structure is to make the inorder and preorder traversal of a binary tree faster without using any additional data structure (e.g. auxiliary stack) or memory for its traversal.

There are two types of Threaded Binary Trees:

In this type, if a node has a right null pointer, then this right pointer is threaded towards the in-order successor’s node if it exists.

Here, the leftThread and rightThread boolean variables help us to differentiate whether the left/right pointer stores the in-order predecessor/successor or left child/right child.

Let’s look at an example to understand this.

This is how a Double-Threaded Binary Tree looks like. You can observe here that node value 40 have no left and right child. So, its left pointer points to its in-order predecessor (node value 30) and its right pointer points towards its in-order successor (node value 50). Similarly, the other nodes of this tree with a left/right null pointer refers to their in-order predecessor/successor using threads.

To look at the implementation of these trees, refer to our upcoming blogs on it.

Let’s discuss some advantages of a Threaded Binary tree.

Let’s discuss some disadvantages that might create a problem for a programmer using this.

What are binary trees with threads called?

What is the node structure of a threaded binary tree?

What is a fully threaded binary tree?

What is a Threaded Binary Tree?

What does left bit 1 indicate in a threaded binary tree?

Often, while using a binary tree, we come across nodes that have less than two children. The linked list representation of these trees stores NULL for a node’s left/right pointers in such scenarios. To avoid this memory wastage, we introduce the concept of Threaded Binary Trees.