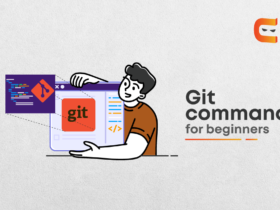 The string is one of the most popular topics in programming job interviews. You will barely face a coding interview where the interviewer asks no string-based questions.

A string is a sequence of characters in computer programming, either as a literal constant or variable.

Today, we’ll go over several approaches, ranging from brute force to optimal, for one of Amazon’s frequently asked questions.- “Find the first non-repeating character in a string.”

Problem Statement: Given a string or stream of characters, find the first non-repeating character, which implies getting the first character that is not occurring more than once in the string.

Why is “k” the first non-repeating character?

Without further ado, let’s get started with the solution. Before that, we recommend you should try it on your own here, champ.

Create a Count array to store the frequency of characters, and wherever you find the value as ‘unity’ the first time, just return that character.

Now traverse the created array, and once you get the frequency as unity, return the character associated to that position. Else, return -1.

Wondering what a hashmap is?

You are now aware of all possible approaches. Don’t forget to submit it to CodeStudio and have it accepted all at once.

How do you find non-repeating characters in a string?

The idea is to create an extra array using a hashmap or creating a count array and simply counting the frequency and returning the first character with frequency as unity.

What is a non-repeating character?

A character that appears a single time in the string is said to be a non-repeating character.

Is string a data structure?

A string is a data type implemented as an array of different characters.

How do you find non-repeating characters in an array?

The idea is you can either use any of the two methods discussed above or even use two loops as- one for the current character and another loop to check whether the character appears again in the array or not.

Why is a string called immutable?

A string is called immutable because if created once, it cannot be changed. In simple words, once a string is created later, you can not change the string object.

The main idea behind solving this problem to find the non-repeating character of the string is to use a count array or a hashmap to solve the problem efficiently. Preparing for the hiring process of big product-based companies from Google to Microsoft requires an endless amount of practising of problems.

These interviews are deemed very hard to crack but hold the dreams of many budding software developers. So here is a compilation of all the must-do coding interview questions sorted topic-wise for your convenience in one place!

Remember to submit them to CodeStudio as well.