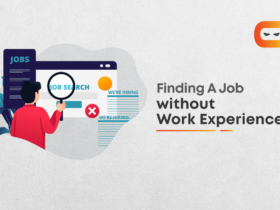 How To Find A Job After A Long Gap With No Work Experiences?

We all have googled ‘which job has the highest salary in India’ and ‘which company pays its software developers the most. The motivation for a large number of students to take up the technological field is the interesting work profile and the good pay that comes along with it.

This article focuses on both product-based and service-based companies providing you with detailed insight into the company, what work it does, how the work culture is, and the pay scale of a software developer in India in that company.

Founded by Sergey Brin and Larry Page in 1998, Google (earlier Google Inc.) handles the majority share of the world’s online search requests. When someone thinks of ‘web browser’ most users have ‘Google Chrome’ in their minds.

Situated in California, Google has its branches across various cities and countries around the world. Google is popularly known to be a search engine, but in reality, it offers much more services and products than that – YouTube being another popular example.

Google is a dream company for a large number of software developers and budding engineers. It is one of the highest-paid companies in India but the motivation of students joining Google is beyond the pay scale.

More than 10 lakh people apply for openings in Google every year which makes it hard to get in but with the right mindset, anyone can work for Google. The work culture that Google possesses is another thing that attracts students to the company.

Employees here get a chance to learn new things and share their ideas which aid in their as well as the company’s development.

The pay scale for Indian software developers ranges between 5 lakhs to 38 lakhs per anum making it one of the highest paying companies in India in 2021.

What is the first software that comes to your mind when you have to edit images, videos and create graphics and quality motion design? Definitely the Adobe Creative Suite. Adobe is a leading producer of software and services that provide people with a chance to bring their creativity to life in digital format.

Adobe offers its employees a good work-life balance, people are extremely appreciative, team building activities and exciting benefits except for the salary.

The pay scale for Indian software developers ranges between 7 lakhs to 14 lakhs per annum after which the increment is around 1.5 times the salary that is offered in the beginning making Adobe one of the highest paying companies in India for freshers.

The company aims to deliver excellence by working with excellent employees furthering the environment of creativity and innovation.  The company not only focuses on creating technological solutions but also takes responsibility for the community.

The pay scale for Indian software developers ranges between 4 lakhs to 23 lakhs per annum making Juniper one of the companies which give the highest salary in India per month.

Microsoft, the creator of Windows – one of the best and user-friendly operating systems is one of the oldest technical giants. Placed at rank 21 in Fortune 500 companies of the world, Microsoft continues to build products and foster innovation all across the globe.

It was founded in 1975 by Bill Gates and Paul Allen and since then it has only continued to grow, experiment, and be one of the best technology companies to work in.

Microsoft is known to have the best work culture in addition to being one of the highest-paying companies in India. The learning curve that Microsoft offers freshers and its employees is something that is even better than the pay the company is offering.

The supervisors and the colleagues are super friendly and are ever-ready to help you when you feel stuck. Working as a developer in Microsoft India is exactly the job you envisioned you would do if you become a software engineer one day. Microsoft employees generally work from 6 to 8 hours hence not overburdening its employees.

To answer the question of which company gives the highest salary to freshers in India, Microsoft definitely stays on the list of top salary paying companies in the world. The pay scale for Indian software developers ranges between 10 lakh per annum to 12 lakh per annum (base salary).

Intel or Intel Corporation is the world’s leading manufacturer of computer circuits utilising semiconductor technology. These days most of our laptops and desktops are powered by Intel at its core. Since its inception in 1968 by Robert Noyce and Gordon Moore, Intel has been in the talks for creating the best hardware solutions and offering the speed and the performance that the user requires.

Intel strongly put forwards its belief in creating technology with a mindset of making humanity’s life easier and better. When working with Intel, developers get a chance to work with a company that is on top of what it does which ultimately results in the overall growth and development of the employee.

Intel’s workplace promotes diversity and inclusivity. In addition to the pay that Intel provides, they offer several other employee benefits which include vacations, stocks, transportation, on-site fitness centres, and much more.

The pay scale for Indian software developers is around 11 lakhs per annum and varies according to the level of the developer.

Cisco is one of the oldest technical giants. Leading the computer networks market, Cisco or Cisco Systems Inc. is situated in over 115 countries across the globe. Cisco’s networking solutions have made communication between users easier across the globe with no consideration of time and place.

Around 85% of the internet’s traffic travels through the systems Cisco created giving us a feeling that it is Cisco that actually created and is upholding the internet.

Named as the Best Workplace in 2019, Cisco leaves no stone unturned to cater to its employee’s needs. In addition to taking care of the one’s working for Cisco, it also allocates a huge amount into the Corporate Social Responsibility events thereby upholding its values of creating a better world.

Cisco rigorously promotes diversity and inclusion and is classified as a safe place for work. Developers get an environment where they can bring new and creative ideas to the table hence fostering world-class innovation.

Symphony corporation is a technological leader providing quality IT solutions for enhancing the healthcare system by utilising the marvels technology has created. Symphony focuses on providing ERP solutions along with maintenance and support, development of clinical applications, and hosting solutions for various healthcare approaches.

In about 20 years, Symphony Corporation has created 65 healthcare systems hence proving its mettle in the field. The pay scale that Symphony Services has set for Indian software developers is 2 lakhs to 5 lakhs per annum.

Infosys is an IT services company that started with $250 in 1981 and is now a venture of $90.25 billion. Infosys has prepared several state-of-the-art technological models and services that established India as a country where the best talent for software services can be found.

Infosys fosters a culture where people are pushed to do more, go beyond their capabilities and bring out the best in themselves and the solution they are creating. Infosys promotes diversity and inclusion which makes the employees explore and discover more together.

The pay scale for Indian software developers is around 4 lakhs to 6 lakhs per annum and varies according to the level of the developer.

Cognizant Technology Solutions Corporation or Cognizant is the world’s leading multinational company that provides business outsourcing solutions. Having its headquarters in Chennai, India, Cognizant is one of the best companies to work for.

The pay scale for Indian software developers is around 3 lakhs to 5 lakhs per annum and varies according to the level of the developer making Cognizant enter the list of highest paying software companies in India in 2021.

Accenture is a services company that is one of the top names to provide digital and technological solutions. The employees have a good experience, work with cutting edge technologies and specialize in the skill they are undertaking. Accenture has its focus on digital, cloud, and security solutions for its clients all over the world.

The pay scale for Indian software developers is around 2 lakhs to 5 lakhs per annum and varies according to the level of the developer.

Which company gives the highest salary?

In India, Google, Adobe, and Microsoft give the highest salaries.

Which job has the highest salary in India in 2020?

In 2020, software development and technological jobs will have the highest salary in India.

Which is the highest paying company for Chartered Accountants?

ICICI Bank and PricewaterhouseCoopers are the companies that have the highest salaries for chartered accountants.

The pay scale is one parameter that should be considered while taking up a job but there are several other factors that need to be kept in mind while choosing a company for your career. Make sure that the work culture is appropriate for you and is in line with your personality.

Create a target in your mind and then work hard for the same. With the right preparation strategies and the right mindset, you will definitely ace and be in the company of your dreams.