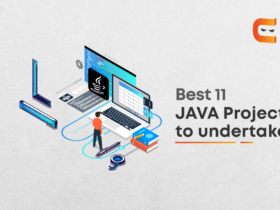 Life is all about making choices. There isn’t a single day that goes by when we don’t have to make a decision.

Some decisions are completely spontaneous and require no thought at all. People do not dwell on decisions such as what to wear to work, what to eat for lunch, or which route to take to work.

Whereas some are significant and have the potential to change the course of your life. For example, what platform should you use to learn Data Structures and Algorithms, or where should you practise interview questions?

What is a Decision-making statement?

Decision making in Java is an essential aspect of learning Java. It allows a program to select multiple execution paths based on the result of an expression or the value of a variable. For a beginner in programming, decision making is considered the first milestone to achieve.

Decision making in Java is divided into the following categories:

This article primarily focuses on the selection statements such as if-else, nested if-else, and switch. Jump statements in Java such as break and continue are covered in the second blog of this series Decision making in Java using Jump Statements | Part 2.

To get a clear understanding of Java’s decision-making, we recommend you read both the articles in this series.

Java supports two types of selection statements: if and switch. These statements allow us to regulate the flow of our program’s execution.

These two statements have a lot of power and versatility. Let’s dig deeper into these statements one by one.

If and else Statement

The if statement in Java is a conditional branch statement. It can be used to direct the execution of a program into two different routes. Here’s the general form of the if statement:

In the above code,

Flowchart for the if-else statement

Some of the essential points regarding if statements are:

1. Most often, the expression used inside if involves the relational operators. However, that is not necessary. It is possible to control the if statement using a boolean variable.

For example, the if block is taking a value rather than an expression having a relational operator in the program below.

Output:
The counter is having a value: 0

2. After the if or else, only one statement can be placed directly under it. To include more statements, we need to create a block of statements. Curly brackets will enclose this block.

For example, In the following program, the if and else block has more than one statement inside it. That’s why the statements are enclosed in curly braces.

The if-else-if ladder is a common programming construct that is based on a series of nested ifs. An if else-if ladder looks like this:

Flowchart for if else-if ladder

Here is a program that uses an if-else-if ladder to determine which months are associated with certain seasons.

When you run the program with month=4 as input, the output will be: The Winter season is there in April. So far, we have discussed decision making statements like If-else, Nested if-else, If else-if ladder.

Are you worrying about crowded if-else statements? Now let’s move on to an effective alternative for these if-else decision making statements in Java.

Some of the essential points regarding the switch statements are:

The switch case works in the following way:

The break statement is used with the switch statement to terminate a case statement.

Flowchart for Switch Case in Java

A switch can also be used inside a case statement. This is referred to as a nested switch. Since a switch statement creates its own block, no conflict will arise between both the switch statements.

The following program shows an example of a nested switch:

As a result, if you need to choose from a large number of options, a switch statement will be substantially faster than a series of if-else statements.

Champ If you’ve made it this far, we recommend you try your hand at the Decision Making in Java problems. Earn points here to boost your confidence.

Also, if you haven’t discovered the benefits of Guided Path yet, go there once, and there will be no turning back.

What is decision making in Java?

Decision making in Java allows a program to select multiple execution paths based on the result of an expression or the value of a variable.

What are the statements used in decision making in Java?

The decision-making statements used in Java are if-else and switch statements.

Are if-else statements faster than switch?

No, the execution of the switch statement is faster, as explained above.

When should we use a switch case?

When you have to compare multiple possible conditions of an expression and the expression itself is non-trivial.

What is a nested switch statement?

This blog answers all the questions that are related to selection statements in Java. From nested if-else statements to nested switch cases, it explains everything.

Decision-making in Java also includes jump statements such as break and continue. To complete learning this topic, let’s move on to the second blog on this series: Decision making in Java using  Jump Statements | Part 2.