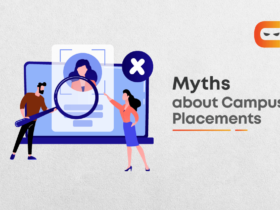 Let’s learn about the Python Keywords and Identifiers in detail.

Keywords are reserved words with a predefined meaning. These words cannot be used as a function name, variable name, class name, etc. They are written in lower case except for True, False, and None and are case-sensitive.

There are 33 keywords in Python. Let’s go through them one by one.

An identifier is a user-defined name used to identify entities like class, functions, variables, etc. They are used to differentiate one entity from another.

The identifier is a combination of characters, digits, and a special symbol underscores. Underscore can be used for multi-word variables like count_one, container_2, etc.

It is advised to give a meaningful name to the identifier to make the code understandable. For example, a variable to store the count of numbers can be named “count” instead of “c.”

Rules to name an identifier

While naming an identifier, a set of rules needs to be followed to have a valid identifier. The rules are:-

If any one of the above rules is violated, the identifier would be invalid, and the following error would occur.

Attempt the MCQ questions on CodeStudio based on Identifier naming.

Example for Python Keywords and Identifiers

Let’s see an example to count the number of even numbers from 1 to 11 and identify the Python Keywords and Identifiers used in it.

Let’s see an example of the isidentifier() method to understand its use.

Differences between Python Keywords and Identifiers

What are Python keywords and identifiers?

Keywords are reserved words with specific meanings. Identifiers are the user-defined names for variables, functions, etc.

Give some examples of identifiers?

Give some examples for keywords?

if, not, assert, yield, etc., are examples for keywords.

What is the difference between an identifier and a variable?

An identifier is a user-defined name used to identify an entity uniquely in a program at execution time. A Variable is a type of identifier. It is the name given to a memory location that holds a value.

Don’t stop here. Check out our Python guided path to learn Python from Scratch. We hope you found this blog useful. Feel free to let us know your thoughts in the comments section.