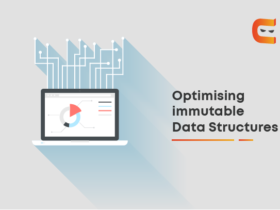 How Immutable Data Structures is Optimised?

Today almost everything is being automated and programmed; right from banking applications to automatic attendance monitoring systems, everything is being governed by Computers. No wonder the number of software developers is expected to reach 28.7 million by 2024 (Source: Statista).

In this blog, the three programming languages will be discussed along with their features, advantages, what they are best suited for and the important differences between C++ vs Java vs Python are being discussed. Read out the blog for more details.

History: C++ was developed by Bjarne Stroustrup along with Dennis Ritchie (creator of C) in Bell Laboratory during the 1970s. C++ was created as an extension of C, adding object-oriented features.

Some statistics showing the popularity of C++

C++ is widely used among programmers as it supports Object-oriented programming as well as gives access to hardware.  Using C++, many high-level end-user applications can be developed:

Java was developed in the early 1990s by James Gosling as an object-oriented language. The principles for creating Java were, “Simple, Robust, Portable, Platform-Independent, Secured, High-Performance, Multithreaded, Architecture Neutral and Dynamic”.

Popularity wise, Java is the third most popular programming language right after five years of its release till now (even after two decades).

History: Python was designed by Guido van Rossum in the 1990s as a side project and developed by Python Software Foundation. It was named after the BBC’s TV show – “Monty Python’s Flying Circus”.

Python focussed on developer experience and is highly productive, simple, and yet very powerful and is incredibly popular. TIOBE has ranked Python as the third most popular programming language.

C++ Vs Java Vs Python

The following table summarizes the significant differences between C++ vs. Java vs Python.

There is an endless debate regarding the best programming language, C++ vs Java vs Python. In general, there cannot be a single winner. Each programming language is designed to address a particular problem and is well-suited to address that issue. So, it is important to first list down all the requirements and the priorities and then decide which path to choose

As you now have a clear overview of the three popular programming languages and the differences between C++ vs Java vs Python, let’s have a look at which one to choose in different situations and different requirements.

Again the above categorisation is just for reference, the programming language to choose more or less depends on the requirements. So it is crucial to first understand all the requirements, and then choose the one between C++ vs Java vs Python which can do the most without presenting many issues.

Is Python better than C++?

As far as language simplicity is concerned, Python is better than C++. Also, Python has huge built-in library support and is extensively used in Data Science and Machine Learning. While C++ is quite faster in terms of speed of execution.
So overall it depends on the requirements if the target is to do Machine Learning, then go for Python. If the target is to do system programming, then go for C++.

Which is better C++ or Java?

Both C++ and Java are high-level languages, and both have their pros and cons. C++ is known for high-performance, speed, and memory management. While Java is known for platform independence.
Overall, C++ is a simple language and is much easier to write code in C++ than in Java. C++ provides a vast library (Standard Template Library) and resources needed for competitive programming. While Java is extensively used for development purposes.

What’s the difference between Java C++ and Python?

Is Java closer to C++ or Python?

Java is closer to C++ than Python. Both Java and C++ are compiled programming languages and strictly use syntax norms.

What is Python not good for?

Python is not good in terms of speed of execution and Memory Consumption.
Speed of Execution: Python is an interpreted language and is slower than Java and C++.
Memory Consumption: Due to the inflexibility of data types, Python memory consumption is too high. Therefore it’s not suitable for memory-intensive tasks

Is C++ or Python better for games?

C++ is closer to hardware and allows the management of the memory directly and is thus extremely popular for gaming. On the other hand, building games in Python requires less time and Python’s PyGame and Pyglet ( top game development modules) make Python good for simple 2D games.

This blog attempted to give a brief overview of the three most popular programming languages, C++, Java, and Python, along with their use-cases. Important differences between C++ vs Java vs Python are also being discussed. You can also check out the video by our mentors.

Once you have understood and made up your mind to learn a programming language, make sure to check out the Guided Paths available on CodeStudio for free. These Guided Paths are designed to give an overall understanding and to equip you with the necessary knowledge.