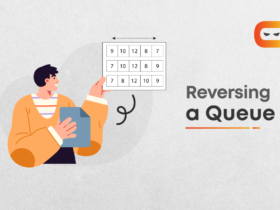 You may be familiar with the terms like int, char, and so on. What exactly are these? They’re known as data types. How are they put to use? What about some other data types?

Stay with us, and this article will resolve all such queries around Java Data types and Identifier.

In simple words, to store a liquid material, we cannot use sacks. Similarly, for storing data, we need to understand its type. Once the type is known, we can put it in an appropriate container. So, to define the type of data, the concept of data type came into the picture.

What are Strongly-Typed Languages?

All the modern programming languages can be classified into two categories:

Strongly-Typed languages are the programming languages in which:

In layman’s terms, if a language specification vigorously enforces its typing rules. Allowing only those automatic type conversions in which no information is lost. This type of language is referred to as Strongly-typed. And if not, it is referred to as Weakly typed.

Java programming language is a strongly typed language. It means that every variable must have a declared type. It is an essential factor that contributes to the safety and robustness of Java.

The diagram below shows the various categories and subcategories of data types in Java:

Data types in Java are categorised as primitive and non-primitive. Let’s get to know the primitive data types first.

In Java, every data must be declared with a type before it is used. In simpler words, we must declare what type of data is to be stored, before assigning the value.

A primitive type can be defined as:

Declaration: boolean var;
Size: 1 bit
Range of Values: either 0 or 1

byte data type is an 8-bit signed integer. It is used in place of the int data type when we need to save memory.

short data type is a 16-bit signed integer. Similar to bytes, short is also used to save memory in large arrays.

When a program needs to store large integer values. Values that are out of the range of int, then a long data type is used. The default value of long data type in Java is 0.

This data type is used to store floating-point numbers associated with the single-precision 32-bit IEEE 754 values. The default value of the float data type is 0.0.

This data type is used to store floating-point numbers associated with the double-precision 64-bit IEEE 754 values. The default value of the double data type is 0.0.

Note: The precision of a floating-point value indicates the number of digits a value can have after the decimal point.

Program to demonstrate the use of int, long, short, float, double.

The char data type is used to store a single character, letter or ASCII value. The character must be inside single quotes, like ‘A’ or ‘X’.

Typecasting is the process of assigning a value of one primitive data type to another type.

In Java, typecasting is of two types:

Converting higher data types into lower data types is called narrowing casting. Loss of information may occur. It must be done manually by specifying the type in parentheses in front of the value.

Tokens are the smallest units in a program that the compiler recognises. Tokens are divided into five categories in the Java language:

This blog will discuss keywords and identifiers.

A class name, method name, variable name, or label is known as identifiers in Java. Identifiers are used to identify names in programming languages.

Identifiers present in the given program are

A valid java identifier must follow specific guidelines. If we don’t follow these guidelines, we’ll get a compile-time error. These rules apply to other languages as well, such as C and C++.

Keywords are known as reserved words in programming languages. They are used to indicate predefined terms and actions in a program. As a result, these words are not permissible to be used as variable names or objects.

Java contains a list of keywords which includes the following:

Difference between Keywords and identifiers

Some of the differences between keywords and identifiers are given in the table below:

What are variables and identifiers in Java?

A variable is a container to store various types of data. And identifiers are used to identify names in programming languages. A class name, method name, variable name, or label is known as identifiers in Java.

What are data types in Java?

Data types are used to specify the type of data in programming languages.

What are the types of identifiers in Java?

Identifiers can be the name of any user-defined or built-in class, methods, variables in a program.

What are data types and variables?

Data types are used to specify the type of data stored in a variable or the parameter passed inside a function and the return value of methods in a program.

How can data be classified?

The two main categories of data types in Java are primitive or pre-defined and non-primitive or user-defined.

What are the three types of variables?

The three types of variables in Java are: Local variable, instance variable and static variable.

This article covers the basic tokens or building blocks of any programming language. Keywords, Identifiers, and Data types are the essential components of Java.

Having read this blog on Java Data types and Identifier, you can learn more about various keywords such as static keywords or super keywords in Java.