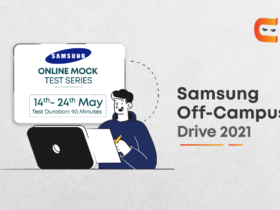 Life is all about making choices. There isn’t a single day that goes by when we don’t have to make a decision. Some decisions are completely spontaneous and require no thought at all. People do not dwell on decisions such as what to wear to work, what to eat for lunch, or which route to take to work.

Whereas some are significant and have the potential to change the course of your life.

For example, what platform should you use to learn Data Structures and Algorithms, or where should you practice interview questions?

What is a Decision-making statement?

Decision-making will be with you from the beginning to the end of your programming journey. The decision-making statement is used to regulate the flow of program execution based on the condition.

Decision-making statements are also known as conditional statements because they specify conditions with boolean expressions evaluated to a true or false boolean value.

This article will go through the syntax, flowchart, and functioning of each of these Python decision-making statements in depth.

Without further ado, let’s get started.

The if statement is the most straightforward decision-making statement. It is used to determine whether or not a specific statement or block of statements will be executed.

If a particular condition is true, then a block of statements is executed, otherwise not. Python, as we all know, uses indentation to identify a block. As a result, the block within an if statement will be identified, as shown in the following syntax:

A flowchart is a diagrammatic representation illustrating a solution to a given problem.

Missed out on the basics of flowcharts or looking to revisit the fundamental concepts, don’t worry! Coding Ninjas has got you covered with its free content on Learn Flowcharts.

When you run the program with input 11, the output will be:

When you run the program with input num1 equals 5 and num2 equals 9, the output will be:

Because the condition num1==num2 was False, the print statement within if was not executed. The statement that is not inside the if block is executed.

Python if else statement

Python if else syntax

Python if else flowchart

Program to illustrate Python if else statement.

When you run the program with input -1, the output will be:

In the above example, num equals -1, the if test expression is False. The programme continues to the else body and prints the Negative numbers.

It would be best to try running the code with different numbers, such as -5,0,1, to better understand how Python if else works. Now let’s look at nested-if statements.

They come in handy when we have to make a series of decisions. Indentation is the only way to determine the level of nesting. They can be confusing, so avoid them unless necessary.

When you run the program with input 0, the output will be:

Assume the user entered 0 as input into the above programme. As a result, num equals 0. The first if condition will be checked, and since num>=0, the execution will proceed to the nested if statement.

Now that num==0 is True, it enters the nested if statement body and prints Zero.

It would be best to test the code with different numbers such as 10 and -1 to understand Nested-if statements better.

Are you worrying about crowded if statements? Don’t forget to take a look at the Python Switch Case Function Implementation.

Switch case statement introduces control flow in our programme and ensures that our code is not cluttered by multiple ‘if’ statements.

A user can select from a variety of options in the if-elif ladder.

When you run the program with input 3, the output will be:

Assume the user entered 3 as input into the above programme. As a result, num equals 3. The first if condition will be checked, and since num is not equal to 1.

Now the elif condition will be checked. Again num is not equal to 2. The second elif condition is now checked, and because the num is 3, the elif body is entered, and Three is printed.

Don’t forget to execute this code with other inputs, such as 5,1,9, to understand the if-elif ladder better.

If you’re wondering how to get started preparing for coding interviews, a Guided Path is your go-to resource for practising and testing your problem-solving abilities.

Here, You can also practise and earn points on decision-making statements such as Python if else, Nested if, if-elif, and so on. Without further hesitation, let’s get started with Conditional statements in Python.

Shorthand if can be used when only a single statement has to be processed inside the if block. The if statement and the statement can be on the same line.

When you run the program with input 50, the output will be:

When there is only one statement to be performed in both the if and else blocks, shorthand if-else can be used to write the statements in a single line.

When you run the program with input 99, the output will be:

What is the syntax of Python if else?

What is the use of Python if else statement?

How does Elif work in Python?

Are nested if else allowed in Python?

Yes, nested if else is allowed in Python.

What does == mean in Python?

Can you have more than 1 Elif?

Yes, There can be multiple ‘elif’ blocks. However, the ‘else’ block is allowed only once.

Can you have multiple IF statements in Python?

This article describes the various decision-making statements such as Python if else, if-elif ladder, Nested if else statement, shorthand if, and if-else statements in detail.

We went over the syntax, flowchart, and python programmes for each decision-making statement in depth.

If you’re a beginner who wants to learn Python programming but doesn’t know how to run python code. Don’t worry. We’ll teach you how to run Python in the terminal.

The Python Programming Language is robust, well-known, and used by beginners and professional data scientists. Many people take Python classes even as qualified data analysts to use its libraries. Learning the fundamentals of Python is the most effective way to learn Python in a matter of weeks.

Coding Ninjas has introduced ten expert-led free courses in the latest technologies. So, whether you are a college student or a working professional, it doesn’t matter. These free courses are for anyone who wishes to learn a new skill and level up their learning.

What are you waiting for? Check out all the Free courses offered by Coding Ninjas!

Give a boost to your interest in programming today!