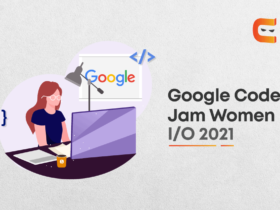 How to Prepare For Google Code Jam Women I/O 2021?

APIs are a set of protocols or definitions that help build and then integrate applications or software. Fundamentally, APIs allow services to communicate to other services without being explicitly specified how exactly they will interact or be implemented. REST APIs allow clients or other applications to interact with the server over the internet using protocols such as HTTP.

Without a well-designed REST API, integrations might not be stable and end-users may experience functional errors or glitches when using client-side applications such as browser applications or mobile applications. REST provides us with the promise that client applications would eventually evolve from static HTML display engines into fully-fledged web applications.

Let us take a look at the REST API best practices.

Representational State Transfer or REST architecture was developed by Roy Fielding during his PhD dissertation alongside developing HTTP 1.1. HTTP and the Apache HTTP Server project took off immensely during the end of the last century and alongside them, REST started seeing more light in Network-based software architectures.

For a lot of users, REST translates to a server that communicates through JSON documents with clients using only HTTP, however, that is not true. REST is not bound to JSON or HTTP, even though it is mostly always used alongside them. ‘JSON REST’ APIs are the most common.

Twitter’s API was based on REST and was first released in 2006. The REST API allowed clients to read, write or access data from Twitter after authentication. In Twitter’s implementation of REST, JSON format was used for the responses. Google’s Youtube Data API is also a REST and JSON example that is a token-based REST API using JSON format for returning responses.

Through this complex REST API, Youtube functions could be added to applications such as analysing demographics and searching content. Facebook has its Graph API that allows users to create, delete and update objects through HTTP requests using specific nodes.

Tokens can be used to perform functions or create functions after authentication. For example, publish_actions allows the applications to post on behalf of the user.

What are the Constraints in REST Architecture?

There are certain attributes we must be aware of, including the development practices we must maintain in order to not compromise the structural integrity of the APIs.

Here are some constraints in the REST architecture that are also the advantages of this system and can be easily worked around to make application interaction much more efficient.

What are the Characteristics of a Good REST API Design?

Let us check what the characteristics of a really well-designed REST API are:

As important as it is to name resources properly, there are multiple other things that developers can do to design a stable, well-performing REST API. Let us check some REST API best practices.

1. Using nouns and not verbs for resources and naming.

REST approaches are resource-based and the best REST frameworks are dependent on the proper allocation of collections. HTTP methods (CRUD operations) such as GET, POST, DELETE, PUT and PATCH should be only used for changing the states of the resources and nothing else.

During the naming of resources, verbs should not be used and nouns should be used instead. Maintaining proper endpoint URL etiquettes is one of the best practices a REST API developer should have.

Here are some correct examples of using resources and HTTP methods:

And here are some of the Incorrect ways of using resources and CRUD operations.

Many clients or services interact with REST APIs through request libraries and rely on this header value to accurately decode responses. Developers can verify the Content-Type value from the response easily through browsers such as Firefox.

End-users might try retrieving items that fulfil specific requirements or might wish to access small amounts in order to improve performance. This is why filtering and pagination are important. With filtering, users can identify the properties that the items that have been returned should possess.

Meanwhile, pagination allows the retrieval of small fractions from data sets. For example, pagination by page numbers is determined by page_size and the page.

4. Error details should be descriptive and accurate.

In case of errors, details should be mentioned in the body of the response. It is much more convenient for the users when debugging if they receive errors handled by API servers. It is even better to explicitly mention which fields have been affected due to the errors.

Here is an example:

Here are some popular status codes that will be recognised globally:

Care should be taken that incorrect status codes do not come back as a response. One must always use relevant and accurate status codes that describe the error properly.

For example, instead of this:

Status codes should go beyond just declaring the state and should isolate the actual error. So instead of the error message above, this should be used:

5. Building concrete APIs instead of abstract ones

Concrete is better than abstract for REST APIs. This is due to APIs that clearly set foundations being more descriptive. For example, it is better to have /elements, /pages, and /blogs instead of just /objects.

When building endpoints for REST APIs, developers must group the ones that are related or possess associated attributes. When objects contain other objects, the endpoints should be designed to reflect that. However, mirroring the database structure should be avoided in order to prevent data from being compromised or misuse of information.

REST does not really deal with security frameworks, however, maintaining standard security principles such as always using HTTPS is very important. REST depends on authentication and thus this is highly required. Alongside HTTPS, SSL or TLS should always be used for encrypting API communications. Logging requests and using timestamps are very good practices as well.

What makes a good REST API?

A good REST API must have a good naming strategy that allows the API to use the resources effectively.

What are REST API standards?

Using JSON, XML as formats and protocols such as HTTP are REST API standards.

Is the REST API dying?

No, REST API will never die like formats such as XML. REST API is instead finding more use in the API deployments of various web applications.

How do I practice RESTful API?

RESTful APIs must practise the server-communication implementations and stateless principles that are the foundations of REST architecture.

What is a REST API example?

What is the difference between REST API and normal API?

REST APIs are stateless and resource-based as compared to normal APIs. The way REST APIs interact with clients and data is also different.

What are REST naming conventions?

REST APIs are mostly structured in a hierarchical order. These are known as naming conventions. These involve using forward slashes to navigate and maintain the left-to-right principles.

What happens if REST APIs are poorly designed?

Poorly designed APIs can compromise many factors such as authentication, security and token generation.

How are the frontend and the backend treated in REST?

These two components are independent and can be improved or updated individually. This allows developers to isolate issues in any component easily.

REST has remained the same and the tools available have simply adjusted to become more integrated with REST architecture and not vice-versa. There are also REST principles and design constraints of this architectural system that we must take into account when building APIs based on REST.

This is why good design practices are important when working on REST API best practices and RESTful API designs. Poorly designed APIs can compromise many factors such as authentication, security, functional stability and token generation.