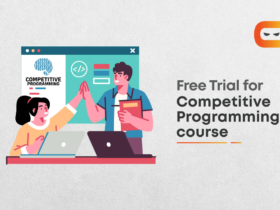 Often AWT is mistaken for Swing by Java developers and backend-science aspirants and vice-versa, the two terms are distinct and have an extensively broad meaning.

Although the field of AWT is analogous to that of Swing, yet there is a wide chain of differences between the two.

First, let’s understand the meaning of the two terms and their implications individually, then we shall discuss their differences on various bases to get more clarity on AWT and Swing.

AWT is the standard abbreviation for Abstract Window Toolkit. It is a platform-dependent API for developing GUI (Graphical User Interface) or window-based applications using Java. It was devised by Sun Microsystems in 1995.

It is a heavy-weight API as it is usually generated by the system’s host operating system. It comes with a significantly high number of classes and methods, primarily created for designing and managing GUI.

A component is an object with a graphical representation that can be displayed on the screen and is allowed to interact with the user. The Component class is the abstract parent of the non-menu-related AWT components. The prime AWT Components are:

Checkboxes have two states, namely on and off. The state of the button is returned as the Object argument when a Checkbox event occurs. To find out the state of a checkbox object we can use getState() that returns a true or false value. We can also get the label of the checkbox using getLabel() that returns a String object.

It is a group of checkboxes, where only one of the items in the group can be selected at a time.

Similar to a radio button, where we are allowed to make a selection, however, it requires less space and allows us to add items to the menu dynamically using the addItem() method.

Used for adding a text description to a point on the applet or application.

Swing is another Java toolkit which is a lightweight graphical user interface (GUI), used for creating various Java applications. The Swing components are platform-independent. It allows designers to create buttons and scroll bars.

The prime 13 AWT Components are:

1. ImageIcon: The ImageIcon component is used for creating an icon sized-image from an image residing at the source URL.

2. JButton: JButton class is used for creating a push-button on the UI. The button can contain some display text or images. It generates an event when clicked or double-clicked.

3. JLabel: JLabel class is used for rendering a read-only text label or images on the UI. It does not generate any events.

4. JTextField: JTextField renders an editable single-line text box. A user is allowed to input non-formatted text in the box.

6. JPasswordField: JPasswordField is a subclass of JTextField class. It renders a text box that masks the user input text with bullet points. This is used for inserting passwords into the application.

7. JCheckBox: JCheckBox renders a check-box with a label. The check-box has two states – on/off. When selected, the state is on and a small tick is displayed in the box.

8. JRadioButton: JRadioButton is used to render a group of radio buttons in the UI. A designer can select one choice from the group.

9. JList: JList component Renders a scrollable list of elements. A designer can select a value or multiple values from the list. This select behaviour is defined in the code by the developer.

10. JComboBox: JComboBox class is used to render a dropdown of the list of options.

11. JFileChooser: JFileChooser class renders a file selection utility. This component allows a designer to select a file from the local system.

13. JSlider: The JSlider component displays a slider which the designer can drag to change its value. The constructor takes three arguments – minimum value, maximum value, an initial value.

A head-to-head difference between AWT and Swing

Difference Between AWT and Swing

Are Swing and AWT the same?

AWT and Swing are both parts of a group of Java class libraries called the Java Foundation Classes (JFC). But, they are not the same. They have different functionalities and execution times.

What is the difference between Java and Java Swing?

AWT and Swing are the two toolkits for building interactive Graphical User Interfaces (GUI). The key difference between AWT and Swing in Java is that AWT is Java’s conventional platform-dependent, graphics and user interface widget toolkit whereas Swing is a GUI widget toolkit for Java which is an extension of AWT.

No, it is not dead. But you may consider Java Swing to be a zombie, as it is still available and in use in its contemporary development state, but doesn’t make any progress with respect to innovations.

Is Java swing better than JavaFX?

Swing has a better collection of GUI components, while JavaFX has a simple number of UI components available which is quite low than what Swing provides.

Which is easier: JavaFX or swing?

JavaFX UI is usually quite a lot easier than the Swing UI, as it requires lesser lines of code. (LOC)

Is Java Swing good for games?

The Java Swing is quite feasible for elementary games, but if you intend to develop a high-performance redrawing game, you must go for any of the frameworks based on OpenGL.

Finally, after understanding both these terms we can conclude that both AWT and Swing go hand in hand. AWT and Swing are both in use, but their implementation is decided on the basis of the platform dependency criteria, MVC pattern, execution time, and other functionalities. However, both of them are unique and separate entities, each comes with its own components and cons and specific business use cases.

If you are thinking of building a career in Java Development or Programming with AWT or Swing you can learn about a few software technologies including Spring, Hibernate, and so on, this will help you in dealing with servers better and devising the algorithms efficiently.

Before getting enrolled in any course understand the technical terms distinctly, so that you get to learn exactly what you have been looking for.

You can check out our courses on Java Development if you wish to build a few Java projects on your own under the guidance of our Mentors.