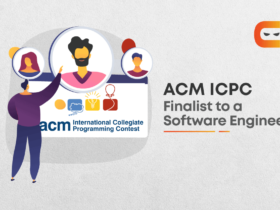 One google search on ‘famous women in technology, and numerous lists of women who have contributed to the tech world get stacked up. Many of us must have looked through these lists at some point but a few would’ve noticed one thing. I looked at a list of “The 10 most influential women in tech right now”. Here are some quotes from women on this list.

“Tech is an incredible force that will change our world in ways we can’t anticipate. If that force is only 20 to 30% women, that is a problem.” – Susan Wojcicki, CEO of YouTube

“I didn’t want my daughter to feel culturally isolated in the pursuit of her studies as I had as a young girl. I didn’t want her to give up on her passions just because she didn’t see anyone else like her in the classroom.” – Kimberly Bryant, founder, and CEO of Black Girls Code

Each of these women has had points in their lives when they have been told to take a foot back for being a woman. One might see all these women doing well in tech, or how companies are advertising the diversity in their workforces and think that we’re progressing towards a world without any gender bias but if you look closer, you’ll realize what the hard truth is.

Let’s start the discussion with some statistics.

If these figures did not stir you away from believing we are progressing towards a better world, here’s one more fact – women software engineer hires have only increased by two over the last 21 years. This trend shows that women are severely underrepresented in this industry.

These facts are often justified as a “pipeline problem” in saying that not enough women are skilled enough to be employed in the tech industry. But let me put across yet another number. A report by Girls Who Code states that about 74 percent of young girls express interest in STEM fields and computer science. But when it comes to making a decision about where to start their careers, something happens.

Now the question is – what is this “something”?

Now that we know that the gender gap in the technology industry is more than just a pipeline problem, let us evaluate some of the other reasons that factor into such poor statistics when it comes to women in technology.

By now, we have understood that the current scenario is not an ideal one. Even though it will be difficult, this state makes it even more important for each one of us to take a step towards reducing the gender bias for women in technology. Here are some of the many things that need to be done if we want a more inclusive world where women in technology feel safe and at par with their male counterparts.

What percentage of women work in technology?

Women comprise 14% of the total workforce in software engineering and 25% of that in computer science-related jobs. Only 34% of STEM graduates are women.

What per cent of programmers are female?

Women comprise 14% of the total workforce in software engineering.

What is the ratio of men to women in tech?

The ratio of men to women in technology is a whopping 4:1.

What percentage of engineers are female?

Only 13% of engineers are female.

The statistics of women in technology do not show this world to be what it should be. As UN Chief Antonio Guterres once said “ [Gender inequality] should shame us all in the 21st century because it is not only unacceptable, it is stupid”.

The underrepresentation of women in technology is not only an issue of women. It is hampering the growth of the world as a whole and must be addressed for technology to take the leaps and bounds it is set to take. Without the involvement of women, the industry is set to take the graph down.

For bringing change, it has to be tackled right from the root level. Right from the households where children need to be made aware of the situation and given the resources to change the scenario. It is a change in our minds that can only lead to change in the world.