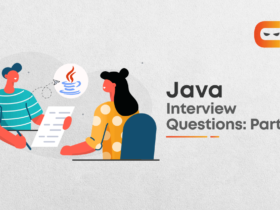 Facebook developed React, one of the most recent technologies in the area of web development. React has recently grown in popularity among front-end developers.

For those who are new to the world of React, React is, quite simply, a Javascript framework that employs a component-based approach to building sophisticated and dynamic online and mobile user interfaces. It’s also used to create reusable user interface components.

Looking to crack an interview for a React JS developer position? Here are the top 15 most asked questions with their answers to help you with your React JS interview.

If you are asked questions on ES6, JSX, Babel, Package manager, basic javascript, or other fundamental concepts, you may feel stumped throughout the interview. We’ll go over some essential skills that you should be familiar with before diving into React. These fundamental principles will also help you in learning additional javascript frameworks and libraries in the future.

No front-end developer is unfamiliar with HTML and CSS. Every organisation requires the capacity to deal with and create user interfaces.

Git is a must-have tool in any developer’s toolbox for storing projects on services such as GitHub, Bitbucket, and GitLab.

React developers must have a firm grasp of the npm registry. It may seem strange, but that is exactly what npm is: a cloud storage service for packages known as dependencies.

JSX is a level of abstraction that sits on top of React.createElement() API. One of the reasons it is critical to the library — and why the React team selected it in the first place — is that the API would be too difficult to use in terms of scalability. Although React.createElement() might be used to construct a complete application, it would be no more efficient than using HTML directly.

Props are React’s abbreviation for Properties. They are read-only components that must be maintained as pure as possible. Throughout the software, these components are handed down from the parent to the child. The prop cannot be returned to the parent component by a child component. This may aid in the preservation of unidirectional data flow and is used to display dynamically produced data.

2. What does it mean to mount a component in React?

It is linked to a matching element generated in the DOM.

Because React is a small library focused on creating UI components, it is unavoidably distinct from many other JavaScript frameworks.

4. What are the distinctions between a class and a functional component?

Class components enable us to utilise extra features such as local state and lifecycle hooks. In addition, they provide the component direct access to store and retain its state. When the component only accepts the props and renders them to the page, it is referred to as being a  ‘stateless component,’ where a pure function may be utilised. These are also known as presentational components or dumb components.

Based on the preceding question, we may conclude that the Booklist component is functional and stateless. The BookListContainer component, on the other hand, is a class component.

5. What is the definition of a Higher-Order Component?

Higher-order components are essentially functions that accept a component and return a new component. HOCs enable you to reuse code, logic, and bootstrap abstraction. HOCs are popular in third-party React libraries.

6. What is the difference between a Controlled and an Uncontrolled component in React?

A Controlled Component receives its current value through props and communicates changes using callbacks such as onChange. A parent component “controls” it by processing the callback, maintaining its state, and sending the updated values to the controlled component as props. This is also known as a “dumb component.”

An Uncontrolled Component maintains its own state internally and uses a ref to query the DOM to get its current value as needed. This is more akin to conventional HTML.

Refs are a React function that can be used for the following purposes:

Flux is an architectural pattern that ensures unidirectional data flow; its primary goal is to manage derived data so that many components may interact with it without polluting it.

The Flux pattern is general; it is not exclusive to React apps and is not needed to create one. Flux is popular among React developers, though, since React components are declarative – the displayed UI (View) is just a function of the state (Store data).

9. What is the purpose of Redux Thunk?

Redux thunk is a middleware that enables us to create action creators that return a function rather than an action. If a particular condition is fulfilled, the thunk may be used to postpone the execution of an action. This enables us to manage asynchronous action dispatching. The storage methods dispatch and getState are sent as arguments to the internal procedure.

10. What do you make of the statement “In React, everything is a component?”

11. What are Hooks in React interview questions?

Hooks are a brand-new component in React 16.8. They allow you to utilise state and other React capabilities without having to write a class. Hooks allow you to isolate stateful logic from a component so that it may be tested and reused independently.

12. What is the purpose of Redux in ReactJS?

React Redux, being the official React Redux binding, is maintained up to date with any API changes from either library, ensuring that your React components function as anticipated. Its intended use follows the React design principles of creating declarative components.

13. What is the meaning of Babel in react?

Babel is a JavaScript interpreter. Babel is a toolchain that is mostly used to transform ECMAScript 2015+ code into a backwards-compatible version of JavaScript that can be used in both current and previous browsers or environments.

The virtual DOM (VDOM) is a programming concept in which an ideal, or “virtual,” version of a user interface (UI) is stored in memory and synchronized with the “real” DOM using a library such as ReactDOM. They may also be regarded as a component of React’s “virtual DOM” implementation

15. Why is setState in react asynchronously?

This is because setState changes the state and triggers reconfiguring. This may be a costly process, and making it synchronous may cause the browser to become unresponsive. As a result, setState calls are both asynchronous and batch-processed for improved UI experience and performance.

What should I study for React interview?

The right strategy to study for the React interview once you learn React basic interview questions is to keep up with React. Other than that, these are the React JS concepts that you should be familiar with.

1. The lifecycle of a component
2. Components of a higher-order
3. React State and setState()
4. React Context

What is React JS interview questions?

React JS interview questions are the questions you will be asked when you sit for the interview to test your skills and knowledge. Some questions that you can prepare in advance are:

1. Distinguish between real and virtual DOM.
2. What are the characteristics of React?
3. What are React’s limitations?
4. Why can’t browsers understand JSX?
5. How does React’s ES6 syntax vary from ES5 syntax?
6. What distinguishes React from Angular?
7. How would you describe a React JS project in an interview?

In such Reactjs interview questions for two years of experience, you should choose the project that you are most proud of and describe it confidently. Begin by defining the project’s issue statement. Explain the whole method through which you came up with the solution. Also, describe the roadblocks you encountered and how you overcame them.

How do I prepare for a React code interview?

Keep in mind that the interviewer may ask you to describe what React is, what its major features are, what component, state, props, and JSX are. The goal is to see how well you can communicate these ideas to someone else. It’s a good idea to speak them out loud while you’re preparing.

What is REST API interview questions?

How do you React to an interview?

1. Make a match: As you respond to interview questions, try to keep your attention on the job and how you are a good fit for it. When replying, do your best to match your skills to the job description.

2. Don’t ramble: Your answers to interview questions should be concise and to the point. Don’t ramble or go off subject.

Is it simple to learn React JS?

HTML and CSS are essential components of every web development project. If you already have these abilities, learning React should be an effortless task. It has its own set of difficulties, but it’s a great tool to have if you’re looking to start or further your career as a web developer. 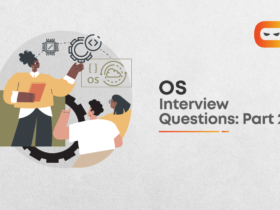