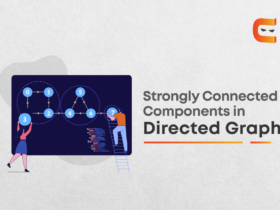 Structures and unions are user-defined data types that are commonly used when programming in C. While unions understandably work better with data items that are unknown (unknown data types), structures are more extensively used to combine data types of variable nature.

Sometimes, using structures can pose certain challenges for the user as the variables or members that are contained in the structure individually require allocated memory.

This is due to structures utilising the total memory occupied by all its components or members, meanwhile, unions occupy only the memory required by their largest member. However, structures are much more versatile.

Structures offer procedural functionalities such as being able to initialize or load several components simultaneously.

Let’s check what the difference between structures and unions are, their advantages, drawbacks, and differences.

Structures are data types that combine data items that have a logical relationship. Structures are capable of containing multiple members that are of different data types under a single name. Structures can also locate and access individual components in parallel at the same time.

Thus, being able to initialise multiple members concurrently. This is due to all the elements in the structure being stored at contiguous memory allocations.

Struct is used to define structures. Here is an example of how “struct” is used to incorporate different members.

Let us check how to define a structure we will name, “student”.

When accessing structure members, we must use dot operators between the names and the members of the structure. For instance, in the student structure, we must use: “student.student_firstname”.

Here is an example of using structures in C:

Unions are also data types that combine data items of various sizes and attributes. Unions only allocate the memory required to contain the largest member of the union and allow the other data items to share this same memory location.

They are generally used where memory is an important determinant and a union overwrites the older memory allocation when new data items are initialised. Unions can be readily defined with multiple members including unknown data types, however, unions can only access and use a single member at a time.

Union is used to define unions and defining unions is similar to defining structures. Let us check how to define a union known as “student”.

We can then use “Student newStudent” to declare the function and dot operators are also used when trying to reach different data types.

Here is an example of using unions in C where the output gets corrupted due to the memory location being shared by all the member data types:

Difference Between Structure And Union In C

Fundamentally, both structure and union allow users to combine different data types to process or allow functions; however, unions are highly preferred in C due to the option of containing every data type in order to process more memory-intensive tasks.

Structures, however, are more stable and can parallelly incorporate multiple members to pass functions. Here lies the main difference between structure and union, unions being massively prone to failing due to every member sharing the same memory location. Let us discuss some more important differences between union and structure in C.

Drawbacks Of Structure Vs Union In C

Structures and unions both have their own set of drawbacks. Using unions sometimes can cause massive errors in functions due to the nature of combining every single member when passing a function.

Meanwhile, structures pose a problem for scalability and they become harder to manage when projects become complex, requiring much more storage as well.

Let us learn the different disadvantages that we face when working with each one of them.

What is structure and union in C?

Unions and structures are user-defined data types that can be used for combining multiple data items with various attributes and passing functions through incorporating these data items.

Which is better, union or structure?

Structures are convenient but not made for large projects. Structure and union differences in c can be easily noticed when working with different data types possessing various attributes or when there are a huge number of data items.

Why is union used in C?

Unions are used in C to define functions for multiple data items, which are of different data types. Unions are highly used especially when data types are unknown.

What is the advantage of a union in C?

Unions consume lesser memory and are more scalable in nature. Unions provide a solution for utilising data types that are unknown by containing every possible data type.

What are the two types of unions?

What is the disadvantage of union in C?

Unions are only able to use a single member at any given time and cannot initialise multiple members simultaneously. Unions also allocate a common memory location to all their members, fundamentally causing them to get incorporated into the functions in a way that is not accurate (though logical), leading to the reason behind the function not being fulfilled or failing.

What is the relationship between structures and arrays?

Like there are arrays of other data types, there can be arrays of structures as well. Similarly, structures can contain arrays as well. Structures and arrays can also be used together to create a nested representation when dealing with arbitrary levels of complexity.

What are the different keywords used when defining structures, unions and enumerations?

Struct, union and enum are used when defining a structure, a union or an enumeration respectively.

Enumerations provide data types with sets of values and are used when recording arithmetic or relational expressions. Unlike structure-union differences that are easy to notice, enumerations cannot be compared with the two. Enumerations work with numeric declarations more effectively and generally are used to automatically assign values.

Both structures and unions offer their own set of benefits and disadvantages. It really comes down to a matter of preference and the scale of the program (or project) when deciding if one should use structures or unions. While structures are more adaptive, versatile, and capable of accessing multiple objects parallelly, unions are much more portable and easy to debug.

Deciding which data type to use in C depends on the type of data items that will be used and how they are related to each other. Unions are the best when using data types that are unknown, while structures are best for working with objects (data) with different attributes.