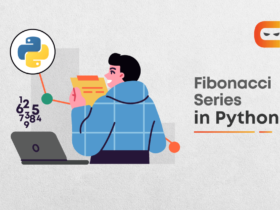 Sysadmin, a short-form for “System administrator”, plays an essential role in the company’s IT department.  They often cover a broad range of technical support. For example, sysadmin tasks may range from installing and deploying servers to troubleshooting and technical support for projects.

A regular thing to do, especially for a sysadmin, is to execute shell commands. Routine tasks like system health monitoring, backup & disaster recovery etc., are performed using shell commands.

Execution of shell commands typically ends up in a bash or batch file. Luckily, it can also be done with Python.

It’s reasonable to think: why use python for shell?

Following are the few reasons which showcase the usefulness of executing shell commands with python:

Since python is powerful and fast, this article will explain various ways to execute shell commands with python.

What is a shell?

Shell is a term, which is often used and misunderstood. In computing, a shell is software that provides an interface for accessing the operating system’s functionalities.

Shell in the operating system can be either a GUI (Graphical User Interface) or a CLI (Command Line Interface) based on the functionality and essential operation of the device.

In windows, the shell is software that allows you to interact with the operating system via a “command line”, also known as a terminal in Linux and Mac.

You can open a command line in windows using Windows+R » type cmd » Enter.

Python offers convenient modules to interact with the operating system, such as

You’ll see here how to execute shell commands with python using the most used os and subprocess modules.

The naive approach to run a shell command is by using os.system():

You can find how the subprocess module can replace the older modules and functions in the python official documentation subprocess-replacements section.

Let’s go through the functionalities in the subprocess module for executing shell commands:

1. The suggested approach to invoke subprocesses is to use the run() function. This method runs a command and returns a ‘CompletedProcess’ instance after completion.

Below syntax shows the full run() function signature, i.e. the number and types of arguments we can pass.

args:  This may be a list or a string.

Note: The highlighted parts are explained separately below the codes to give you a more clear understanding.

An exit status of 0 indicates that it ran successfully, and any other number means an error.

Run the command described by args. Wait for the command to complete, then return a CompletedProcess instance, i.e. the return value from run(), representing a finished process.

2. Now, if you want to provide input to a command, the subprocess.run() allows this by its input argument.

For more advanced functionalities, we can explore the subprocess.Popen() class. Below syntax shows the full Popen() function signature, i.e. the number and types of arguments we can pass.

args can be a list, a single string or a path-like object.

The following python code will print the stdout,stderr part of the subprocess:

Now, suppose we don’t want to wait for the complete execution of the process, then

Popen.poll() comes into the picture.

Now, after exploring the core idea behind these modules, you must be wondering about the ideal conditions to use each one of them.

Don’t worry. The table below shows some differences to facilitate your decision depending upon usage:

Can we run a shell script in Python?

How do I run an external program in python?

You can use the os.system and subprocess.run() module to run an external program in python.

How do I run a python from the command line?

How do I run a python file in cmd?

After successfully opening the command prompt, type the word cd followed by the path to your script file or python file and press Enter. Then write filename.py now press Enter again, and You are Done!! The screen will display the output.

Does python wait for os.system() to finish?

Yes, the os.system() waits for its process to complete before returning.

This article starts with a basic introduction to python shell commands and why one should use them. Further, it explains three main methods to execute shell commands with python: