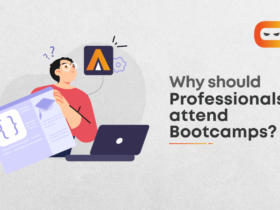 What are the Benefits of Attending an Online Coding Bootcamp for Professionals?

Have you ever wondered how the memory in computers works?

Or how the variables are stored in the memory?

There are some types of storage classes available in every programming language. So today, we will discuss Storage Classes in C.

There are four scope rules in C:

Now we have just a rough idea about the variable’s scope, but how is this related to storage classes? Let’s explore them.

What are Storage Classes?

A storage class of variable tells us four things:

Storage Classes are used to describe the features of a variable/function. A storage class defines the scope (visibility) and a lifetime of variables or functions within a C Program. These help to trace the existence of a particular variable during the runtime of a program. They precede the type that they modify.

We have four different storage classes in a C program:

The features of Automatic variables are:

Automatic variables are local to the function in which they are declared. Therefore, these values cannot be accessed by any other function. The keyword used is “auto.”

As Automatic variables are permitted within the block, the values of variables inside a particular block have been printed.

The features of external variables are:

A static variable is initialized only once and can never be re-initialised. The value of the static variable persists at each call, and the last change made in the variable remains throughout the program execution. The keyword used to declare these variables is “static.”

The features of a static variable are:

As the static variables store the value, they don’t get initialised to ‘1’ for every function call. So the output increments whenever we call the function from main.

We cannot use the register class for all types of variables. The CPU registers in the microcomputer are 16-bit registers. The data types float and double need space of more than 16 bits. If we define any variable of these types with the register class, no errors will be shown, but the compiler treats them as auto variables.

The features of register variables are:

The register variables work only in the particular block, so the value doesn’t change until the block expires.

What do you mean by storage class?

Storage Classes are used to describe the features of a variable/function. These features include the scope, visibility, and lifetime, which help us trace a particular variable’s existence during the runtime of a program.

Is Typedef a storage class?

In C, typedef is considered a storage class like any other storage classes (auto, register, static and extern). Nevertheless, the purpose of typedef is to assign alternative names to existing types.

What are arrays in C?

What are the functions in C?

A function is a group of statements that together perform a task. Every C program has at least one function, which is main(), and all the most trivial programs can define additional functions.