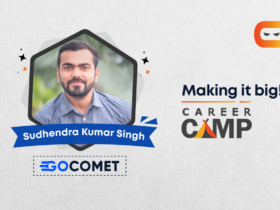 As a Linux user, you must have struggled with remembering all the important commands at some point in time.

Don’t fret! Most of us have.

There are thousands of Linux commands. Though those Linux commands satisfy different use cases and improve user convenience, It is difficult to remember all those commands at the same time.

The brighter side is that a majority of Linux users accomplish their work by just using a set of most commonly used Linux commands. Even so, having a Linux commands cheat sheet is an industry best practice you should adopt.

Here’s a cheat sheet for you.

LINUX is an operating system or kernel that is freely available under an open-source license. Its feature set is quite similar to that of UNIX. It was initially used for computers, but its use later on expanded to underpin systems for phones, cars, web servers, and even networking gear.

Following are some of the features of the Linux operating system:

Linux-based operating systems have made their way into a variety of linked devices, from our homes and vehicles to our workplaces, due to their open-source nature and the possibility for minimal OS footprint. Evolution does not have to be a straight line, as Linux developers have shown over and over again.

Over the next several decades, Linux may evolve into something entirely new, becoming the operating system of choice for an array of products and services that we can’t even envision presently.

What is a Linux cheat sheet?

A cheat sheet is a concise collection of notes to aid memory through a quick reference. A Linux cheat sheet contains a list of useful Linux commands that every Linux user can use and keep handy.

What are Linux commands?

Linux provides a text-based terminal interface for users to interact with it. Linux commands enable a user to accomplish several simple and advanced tasks through the Linux terminal by executing such commands.

How do I get a list of commands in Linux?

You can list all the commands using the compgen shell built-in.

What are 10 Linux Commands you can use every day?

The most common commands one can use every day are as follows:

What are terminal commands?

A terminal is a text-based interface that users can utilise to work on a computer. It is also known as a command line or a console in different technical jargons. Any command that can be executed on such an interface is called a terminal command.

What is a symbol called in Linux?

Linux uses a lot of symbols to communicate different meanings. Here’s a list of special characters used in Linux along with their meaning.

Wish to build a bright future in Coding? Enrol in our Premium Courses!