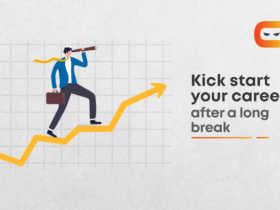 Resuming Work After A Career Break

Logic building skills are essential for programmes and if one wishes to be a programmer, he or she needs to keep getting better at developing logic. Complex and sophisticated algorithms require advanced logic in order for programmers to work with them.

Programming languages are important and crucial, however, one must also learn about data structures, algorithms and programming paradigms. Another requisite for acquiring logic building skills is being comfortable with solving problems daily.

Effectively programming does not necessarily require using sophisticated algorithms and code. Rather, clean code allows one to effectively use lesser logic, thus being a more efficient programmer. Here are some tips to improve the logic in your programs and effectively write better code.

1. Practice writing a lot of code

Practising is vital when trying to improve logic building skills. Solving problems every day and rigorously challenging oneself is a great way to become capable of building superior logic. Programmers must practise working with different algorithms extensively and thus make way for a deeper understanding of program logic.

Building logic over and over again allows developers to build logic more effectively over time. Programmers must keep on vigorously coding or writing solutions to problems and hone their application of logic on a daily basis. To be a good programmer, one needs to write hours and hours of code, practising the same problems and algorithms over and over again.

Only this can lead to true perfection. Building great logic for programs require a lot of dedication and time from the programmer’s end. And, with time, programmers will be rewarded with crucial logic building skills.

2. Check solutions by other people

Checking for solutions is probably the most important method of learning how to handle programming challenges. Especially when it comes to logic, solutions provided in communities and by other programmers help explain how the logic is built and why.

The “why” is very important here as building superior logic is not possible without a clear understanding of how a program’s logic functions and affects the programming. One must not shy away from looking at resources, books or GitHub to search for solutions when stuck at a certain problem.

There is no point in wasting your time stuck in a problem, it is simply better to check the solution out, learn from it and then implement it. Programmers can simply test themselves after a few days to see if they are able to recollect the solution.

The best way to build logic is by understanding how others build it, ensuring you can re-enact the process when required.

3. Use a pen and paper to work out solutions

It is a great idea to pen down solutions, models and strategies. Humans tend to remember things they write down much more efficiently. Also, jotting down strategies and solutions is a great way to understand how they function and can be implemented.

Using computers to program logic is great, but working on logic using pen and paper allows much more advanced insight. Breaking down solutions and thinking about them is much easier when programmers write them down.

Trial and error methodologies are much easier to implement on paper as well before applying the final solutions through computers.

Programmers must never get stuck on one topic or keep repeating themselves over and over again. It is great to ensure that one knows the topic thoroughly by solving multiple problems from a given topic. However, one must also know when to move on.

Programmers must expand their knowledge and logic building skills by tackling new topics and challenges. Delving into unknown territory is highly suggested and one can always look up solutions from other places if he or she feels confused or stuck.

One must always aim to try new problems, algorithms and the different variations of logic that can be applied to programs. Only by stepping into new advanced topics can programmers get better at logic building skills.

Even if one is not completely confident about the current topic he or she is at, it is advised that he or she practises as much as possible and then move on to other topics, eventually coming back to the older topics later on.

Programmers must be consistent. This is applicable to programming in general and not just logic building. One must practise building solutions to problems daily. This does not just mean randomly selecting problems and trying to solve them but requires a consistent step-by-step path where every topic is covered extensively and dozens of problems of the same nature are practised. One must be consistent with the field of interest as well as the topics of interest.

A good study plan also involves using selective resources and not jumping from resources or study materials randomly. This is a waste of time and also affects the continuity of the process. Jumping from course to course confuses programmers and one must be really careful when choosing the paths to follow as it is advised to see them through or follow them till the end.

Learning from a single source or solving problems from a single set increases productivity and allows programmers to progress effectively. Being consistent also means that programmers should not keep any gap between practising. Programming for a few days and then taking the next few days off is a bad idea.

When practising solutions or dealing with challenges, programmers will definitely encounter confusing topics or problems which are very complex. One must not give up or lose confidence in himself or herself when facing this kind of situation.

Instead, he or she must actively try solving it by referring to solutions and books. There will be many problems which are produced in the interviews of companies such as Google or Amazon which might look truly challenging. However, problems are there to be solved and developers must focus on ensuring that they figure out solutions for those.

Programmers are meant to face difficulties when tackling advanced programs but this is supposed to be taken as a learning opportunity instead of a hurdle in one’s path. Facing problems as they come is the way to get better at building logic architectures.

Facing problems when building logic should not be a demotivating factor. Logic is important and key to programming effectively. So, no matter what, one has to get at building logic regardless of the reason.

Acquiring logic building skills is vital to a successful career as a programmer, thus requiring programmers to get better at it by default. This must not be seen as a personal shortcoming but a requirement that must be fulfilled. Without enough experience or practice, no one is supposed to be great at logic building skills.

Learning from others and their solutions while practising daily is the only way any programmer can get better at building logic. Programming productively daily is required out of everyone and is a determining factor in logic building skills and a developer’s total skills.

Facing problems when using logic in programming should not affect the determination of programmers but instead motivate them to push harder, thus learning more and acquiring enhanced skills. The only way to get better at building logic is through experience and a deep understanding of how logic functions.

Finding out the factorial of a number using Python

Finding out the factorial of a number using C

Some Additional Tips to Build Better Logic When Programming

Other than the points mentioned above, here are some more tips that can help sharpen your logic building skills and empower you to become a better programmer in general:

How can I improve my logic building skills?

Programmers can improve their logic building skills by practising often and learning as much as possible from examples or resources. Developers should also stay motivated and consistent and always aim to acquire more knowledge.

Logic building skills are also heavily influenced by the understanding of data structures and algorithms. One must place heavy importance on practising how to implement models, thereby understanding how they work as well. This makes way for the better implementation of logic in the future and better logic building abilities.

How can I improve my Java logic?

One can practise improving Java logic by using debuggers and splitting solutions into smaller chunks so that the logic is easier to analyse, understand and effectively reproduce. Java is a bit more complex than Python and requires a modular analysis in order to understand how parent codes effectively govern logic.

How does Python improve logic?

Python is a very clean and easy way to program solutions. Python offers a clean coding experience with minimal complications, thus allowing programmers to easily divide codes into components and understand them. Python also promotes an easy programming experience that allows programmers to focus on logic building while they are coding. Locating parent classes and other sub-classes are also easier through Python.

How do you develop logic for competitive programming?

Can I learn coding in a month?

It matters on your perception of coding. One can definitely learn the fundamentals of coding in a month and build simple mathematical programs. However, if one wishes to truly learn coding, it would take some more time. It also depends on how much the learner understands computing fundamentals and mathematical concepts.

How do you master coding skills?

Coding can be mastered only through consistent practise and by focusing on different data structures or algorithms. One cannot master coding without dedicating time and effort to programming. Improving logic building skills also contribute to mastering coding.

Should you use multiple books and resources?

No, definitely not. It is a waste of time and it also leads to decreased focus. One should properly plan out the resources he or she wishes to use and to learn what. This study plan should be followed without changes and resources must be carefully selected so that they can tend to every requirement along the study month. Resources and books with multiple problems and solutions are ideal.

Does logic change across programming languages?

No, logic simply declares the rules and facts which allow the computer to use reasoning. Logic does not change across programming languages, however, implementations can change across language and even in the same language.

Logic can be used in various sets or methods when programming. Logic greatly depends on the code that is written through, and variations of code can greatly impact the logic that needs to be used and how the logic is used.

Is logic important for programming?

Without logic building skills, one cannot be a full-fledged developer. Programming requires logic and complex algorithms. And, problems cannot be faced without superior logic.

Learning how to effectively build logic is one of the prerequisites of a good programmer. Good programmes are not just built on excellent codes but also require effective logic that is behind the system. Logic allows computers to justify and make sense of functions and reasoning.

It also allows programs to be able to figure out solutions to problems. Without effective logic, programmes can never be laid out. Logic is the building block of rules or facts that the programs follow. And, superior logic is of utmost importance when trying to solve real-world challenges or sophisticated complex problems.