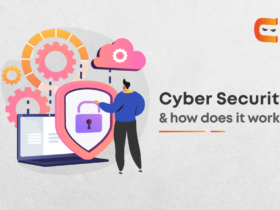 What is Cyber Security and How Does it Work?

Want to know the steps to join as an intern at Microsoft? Here is your Microsoft Interview Preparation guide if want to join as an employee. Are you anxious about the kind of interview question that would be asked?. Worried if you would be able to crack all interview rounds even if you don’t have a computer science background?

Then this blog is just for you. This blog contains all answers to your concerns that might arise if you are aspiring to get into Microsoft. We have an intern and an employee working at Microsoft to share their experience and Microsoft Interview Preparation guide with us.

To join as an employee, the recruiter may approach you through networking sites such as LinkedIn or you can apply for a job directly to the Microsoft website. To join as an intern, attend an online coding test after completion of the second year of under graduation.

How and when to start Microsoft interview preparation?

Microsoft interview preparation guide can be started from college days itself, by participating and being active in competitive programming contests and attending coding competitions such as ICPC (International Collegiate Programming Contest). You should have a thorough understanding of database concepts and data structure and algorithm concepts.

Understanding these concepts is a very important step in cracking Microsoft interviews especially if you are not from a Computer Science background. Do rigorous practice to improve coding skills and try out various problem-solving questions. Try to do more projects that could improve your resume. Be familiar with the possible questions that would be asked based on the project you have done.

Given below are the various stages of the interview for both employment and internship. Along with it, for example, questions that are expected to be asked in each stage of the interview are given that would help you during your Microsoft Interview Preparation guide. It also gives insight on which topic should be given more importance in different stages.

A recruiter would inform you about various interview drives through sites like LinkedIn. About 15-20 candidates would be called to attend the drive.

After successful completion of all these rounds results would be announced after a few hours.

Microsoft, like other companies, asks questions from data structures and algorithms for coding interviews. Below are some of the most commonly asked questions by Microsoft. You can practise all these questions as well as other questions asked by Microsoft from CodeStudio.

These questions will surely help you with your Microsoft Interview Preparation guide.

Would it be difficult to crack a Microsoft interview without a Computer Science background?

Make sure to include them during your Microsoft interview preparation guide. A candidate with an electronics background or branches similar to it can crack this interview if they have enough knowledge and willingness to explore through Computer Science related concepts.

Some tips that can help you are as follows:

What should I expect at a Microsoft interview?

Most levels of the Microsoft interview are about asking questions related to data structure and algorithms which are to be solved in whiteboards or notepads. They might also ask questions to understand your view and behaviour, coding skills, other topics related to computers, and also about skills mentioned in the resume.

How difficult is the Microsoft interview?

Microsoft interviews are difficult and highly competitive. A candidate with a computer science background is more likely to get employed, but candidates from other backgrounds such as Electronics can also get recruited if they have enough knowledge and coding skills.

How can I prepare for the Microsoft interview?

Preparation for Microsoft interviews should ideally be started from college days by participating in competitive programming and attending coding competitions. You should have good knowledge and skills in topics such as data structures and algorithms. You should also create a good LinkedIn profile.

How many interview rounds are there in Microsoft?

What is the starting pay at Microsoft?

The average pay is $124,653 per year. For positions like senior project manager, senior leader, solutions architect etc more pay can be expected.

What are the five stages of an interview?

The five stages of an interview are mentioned below:

1. Introduction
2. Portfolio brief
3. Technical round
4. Past projects
5. HR round

Getting a job in Microsoft both as an intern or as an employee deals with cracking through various stages of the interview process which mostly is about problem-solving related to database and OOPs concept. It is not always a person with a computer science background who gets in. With good interview preparation and with the willingness to explore new concepts it would be easy to ace all the interviews.