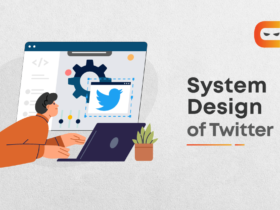 Coding, not long ago, was seen as an odd hobby, with geeks working against computers with probably no resultant value. But the field gradually evolved into a critical career skill urging employers to pay premium salaries for candidates with coding and programming abilities.

Teja’s journey to his dream career

Teja Vardhan recently got his dream job at Google and is living the dream! Having already represented India in the ICPC finals, the bright student is also a Grandmaster at CodeForces. An alumnus of IIT Madras, he holds a B.Tech in Computer Science.

IIT-Madras is also where he began his competitive programming journey, which eventually led him to the ICPC. During the third year of this education, he interned at Google and then got absorbed full time as a Software Engineer. He works alongside the Google Pay team in Hyderabad.

He studied in an ICSE school where he chose computer programming as one of the subjects, even before he knew that ‘competitive’ programming existed. He started with very basic JAVA programming, which he enjoyed.

As he got out of school, he prepared and cracked the JEE to get into IIT Madras. Here, he interacted with a senior who motivated him to explore programming as a career.

Even as he followed this only for a month, he seemed to imbibe a lot from the experience. But it was not until his second semester when he laid his hands on CodeForces that he began participating in contests. His rankings and ratings both gradually started climbing. Besides being motivated by a bunch of seniors, he saw that he earned actual results out of CodeForces, which finally led him to take up competitive programming.

Always focused on getting into the top ranks in India, he sought guidance from senior entrants who had already attended ACM ICPC. Finally, in the fourth year of engineering, Teja got the opportunity to participate in the ICPC competition. For Teja, competitive programming was his gateway to a Dream Job at Google, which looks at the candidate’s GPA scores for algorithm courses in college.

Coding is a very important skill that should add to your resume. There are wide-ranging benefits of coding.

One of the strongest draws of coding is its earning potential. According to the Bureau of Labor Statistics (BLS), United States (2017), the annual median salary for those in programming and coding professions was around $86,550 for computer programmers and $107,510 for software developers. Careers involving programming, scripting, and coding skills tend to come with higher salaries.

Coding-related jobs are still in demand

There are plenty of opportunities available in the coding arena. Again, BLS projects employment growth for software developers at a whopping 21%. Coding is out-pacing several other careers and even evolving into hybrid positions in the workforce.

In a rapidly shifting economy, learning to code opens up new areas of opportunity, making candidates highly flexible. Individuals can tackle some of the most complex programming challenges when they learn to code.

Coding comes with an inadvertent and positive effect on thinking. Most of us are accustomed to solving problems emotionally. But coding inculcates reasoning skills, thus helping you approach an issue logically.

Logic-heavy and methodical approaches are used in coding where highly complex tasks are broken down into a series of smaller operations to resolve them. This way, you can quickly identify the problem area where you can focus first.

For those who are curious as to what goes on having a Dream Job at Google, here are some insights.

What does a software engineer at Google do?

Google is regarded as an engineering company that hires people with a broad set of technical skills. It primarily looks for people who can face some of the most complex challenges of technology that can impact billions of users.

The typical responsibilities of a software engineer at Google involve designing, developing, and deploying software, besides maintaining and improving it. Several individual project priorities need to be fulfilled besides designing and implementing new features for Google’s vast array of products.

The role also involves:
1. Client-side coding for applications based out of the web
2. Create quick, easy-to-use high-volume applications
3. Develop prototypes
4. Maximise the speed and scale of web applications

Is it hard to become a software engineer at Google?

Google’s quality standards are rather high and they receive a huge number of applications each year. It was reported by INC that Google receives at least 2 million applications every year, making it even more competitive than Harvard.

However, we must warn you that when you are applying for a job at the company you will be pitted against the best of the best. These are the creamiest layer of people emerging out of technology companies, such as Microsoft, Facebook, Tesla, etc. There are some impressive educational backgrounds to compete against, as well.

Most of them do not succeed on their first try. It is persistence that can even let you walk through the gates of the company. Of course, one of the absolute minimum qualifications to become a software engineer at Google is to learn to code.

If so, then which programming language should I learn first?

You can pick either Python or JavaScript but then it also depends upon your interests. Teja advises that you should explore every available option to identify your niche. You may also want to learn all about data structures and algorithms. Teja also advises that Google interviews get very easy if a student learns and adapts to competitive programming.

How Coding Ninjas can help you achieve your dream career?

Founded in 2016, Coding Ninjas closes the gap between industry and skills through a suite of advanced courses meant to take your career to the next level. Teaching more than 17 programming courses, we also conduct regular career camps aimed at providing learners with the right channels to a career. Coding Ninjas employs a world-class faculty that teaches hands-on skills, key technologies, and even how to create your own server.

Teja’s journey into a dream career was supported by his basic knowledge of coding to get a Dream Job at Google. Learning to code indeed makes you stand out from the crowd when it comes to career opportunities. In many cases, you even land high-level non-coding jobs when you learn to code! So, reach out to our counsellors at Coding Ninjas who will help you sketch your career path for you.