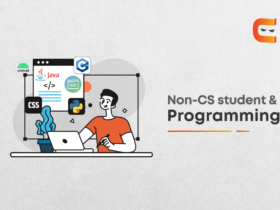 In Computer Science, the concepts of master graph theory are different from what we have studied in our schools. A graph is considered a pictorial representation of heterogeneous objects having definitive meaning with interlinks or connections.

When you have to go shopping or to a restaurant, remember how you put your location and destination, and google map quickly shows you the shortest possible route from your place to the restaurant. It also redirects when you take the wrong turn.

You can see how Google Maps shows all the possible routes from Vaishali(Delhi) to V-3S Mall(Delhi) and highlights the shortest path in the above snap.

Well, no magic there. It all works on the principle of graph algorithms! Graphs are the ultimate thought for many real-world problems, and today, technology exists that can use them as such.

In this blog, we will address the essential terminologies, the representation, and the traversals of the graph, accompanied by some advanced algorithms. One must know to outshine technical interviews and excel in competitive programming.

A Graph is a non-linear data structure that represents a relationship between various objects. It is a collection of two primary components: VERTEX AND EDGE.

Suppose there is a road network in a country with many states and union territories.

Some states are not connected by other states or union territories like Andaman and Nicobar Islands in India. These Islands are accessed by air and waterways only.

If we consider states or union territories as nodes and roads as links, Andaman and Nicobar will not be linked with anyone, so this structure seems to be non-uniform, so we can’t use trees to store them. In such cases, the graph comes to the rescue.

Refer to the illustration below for a better understanding.

Let’s proceed to know the prerequisites to enter the world of graph data structures.

Firstly you should have a solid knowledge of Recursion, Stack, and Queue data structures- as they will help in graph traversals. Don’t bother; we will discuss graph traversals in brief as we move further.

Finally, a good grasp of Tree Data Structure in a master graph. Why? Because there exists a relationship between graphs and trees.

So this is some of the pre-learning you require before getting a deep understanding of graph concepts.

Before moving ahead, let’s get familiar with some basic terminologies of graphs.

Suppose the graph is as follows:

There are the following ways to implement a graph:

For the above graph, the adjacency matrix looks as follows:

We will create an array of vertices, but this time, each vertex will have its list of edges connecting this vertex to another vertex. The key advantages of using an adjacency list are:

Note: The major disadvantage of using the adjacency matrix:

Traversing a graph means examining the nodes and edges of the graph. There are two standard methods of graph traversal, which we will discuss in this section. These two methods are:

Where Green Colour shows the current node and White shows the unvisited node.

Since this article primarily focuses on the basic terminologies and the algorithms one must know to master graphs, we are not going into depth about BFS and DFS implementation. Still, you can study it from the guided path of Coding Ninjas created by our experts in data structures and algorithms.

(The shortest path is in terms of the minimum number of moves required to visit v from u or vice-versa).

In most technical interviews, the questions of graphs mostly revolve around BFS and DFS or their applications, but it’s not always true, so to be prepared for the most challenging. We will further see the advanced algorithms in graphs, which will help you crack the tough interview questions and outshine competitive programming.

If we are given an undirected and connected graph, a spanning tree is a tree that contains all the vertices(V) of the graph and |V|-1 edges. For a given graph, we can have multiple spanning trees.

Refer to the example below for a better understanding of spanning trees.

Refer to the image below for better understanding, where the edges marked in bold represent the edges of the spanning tree.

This algorithm is used to find the shortest distance between any two vertices in a weighted non-cyclic graph. Dijkstra’s Algorithm is also known as the Minimum Cost Path. It is one of the most favourite algorithms of interviewers of big-tech companies like Amazon, Google, Adobe, etc.

The Bellman-Ford algorithm is an algorithm that measures the shortest path from a single source vertex to all of the other vertices in a weighted graph. It is slower than Dijkstra’s Algorithm but more versatile as it can detect negative cycles also.

It is an algorithm for finding the shortest paths in a directed weighted graph with positive or negative edge weights but with no negative cycles.

A Directed Acyclic Graph (DAG) is a directed graph that contains no cycles.

We have already seen that the adjacency matrix is one of the representations of a graph. Now we should try our hands on some problems of Graphs in Matrix given below:

Other Algorithms for Competitive Programming

Here we are listing some algorithms and problems falling under the tricky category, which will help you recognise and apply creative ideation problem-solving techniques in competitive programming and challenging technical interviews.

If you have read this far, you will master graphs too.

Like any other data structure, this demands your perseverance and practice, maybe a little more than others, but in the end, You’ll not regret it, and it’ll all be worth it. Just build a good grasp on pre-requisites, then learn and practice the questions given above, and you will be one step closer to your dream company.

What is a graph in coding?

A Graph is a non-linear data structure that represents a relationship between various objects. It is a collection of two primary components: Vertex and Edge.

How do you master a graph in data structure?

If you want to master graph data structure, then you are on the right page.
Follow the comprehensive guide given above by our experts and then practice plenty of questions on CodeStudio created by the next generation of product engineers from Microsoft, Google and Amazon, which provides you hassle-free, and excelling online courses, practice questions, blogs, and mentors’ support. Trust me; you won’t regret exploring it once.

How difficult is graph theory?

Graph theory is not difficult if you have a solid fundamental knowledge of Recursion, Stack, Queue, and Tree. The best way to understand something is to understand its applications, so you are provided with several applications that you can practice in this article.

How is graph theory used in real life?

Graph theory is used in many real-life applications. For example, all roads and motorways also form an extensive network of navigation services like Google Maps when working out the shortest route between two given points.

What is the difference between tree and graph?

Graph and Tree both are non-linear data structures in the master graph. A tree is a graph with N vertices and precisely N-1 edges that do not have any cycles, while a graph may have cycles.

What are some of the top graph algorithms?

Some of the top graph algorithms are mentioned below.

This article summarises graph data structures, but it highlights pre-learning like Recursion, Stack, Queues, and Trees before going into depth.

It also addresses the essential terminologies like vertex, edges, types of graphs followed by the representations of graph and graph traversal techniques with its applications.

Then we further specify the advanced graph-algorithms like Minimum Spanning Trees, Dijkstra, Graph in Matrix, etc. That will help in cracking technical interviews and excelling in competitive programming.

Programming is like sport. The more you spend your time on the field, the more you become an expert. Likewise, in programming, the more you practice, the more you learn. So keep on practising various problems. You should check out CodeStudio – A platform developed by aspiring enthusiasts and working professionals who have experience in companies like Google, Amazon, Microsoft, Adobe etc.

At CodeStudio, you will get interview problems, experiences, and practice problems that can help you to land your dream job.