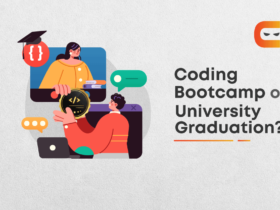 Data Structures in computer science are specialised formats to store data efficiently and organised. It also enables the easy access and modification of data.

Data Structures are not language-dependent, but today we will discuss two of the implicit data structures supported by Python – List and Tuples.

Remember how you use a well-organised to-do list to keep your life clearer and less complicated. These data structures work on the same principle. They support sequential access, i.e., A user can only visit the values they contain in one particular order.

Let’s get deeper into the primary definition of two constructs and then we will discuss their salient features and analyse how they are different from each other.

A list in Python programming is one of the most practiced and dominant data structures.

Unlike other programming languages like C++ or Java having a static array that stores values of the same type, Python has a more flexible and dynamic array known as a “list,” which automatically scales up or down on adding and deleting elements.

Programmers use this versatile data structure to store heterogeneous data sequentially. Data is separated by commas (,) and stored within the square brackets  [ ]. It is a powerful tool embedded with indexing and various other features that provide easy access, modification, and deletion of elements.

A tuple is another most used data structure in Python, and it also supports the specialty of storing multiple elements, i.e., heterogeneous data in a single variable, just like List.

A tuple is created by placing all the elements inside parentheses (), separated by commas. The parentheses are optional. However, it is a good practice to use them.

Till now, we just had an overview of the fundamentals of the list and tuple. Let’s drill more into the salient features of each and compare the parameters on which these are similar and dissimilar from each other.

Let’s start with the similarities first.

After looking at the similarities in List and Tuple so far, now we will shed light on the parameters that make Tuple vs List different from each other.

We have already discussed this in the primary definition of tuple vs list. The list is created by putting different values of multiple types within the square brackets[ ], whereas Tuple uses parenthesis ( ).

Mutability is the most significant difference between List and Tuple.

Whereas Tuples are immutable, elements of a tuple cannot be modified once assigned.

TypeError shows that tuple is immutable and it does not change its allocated memory space once assigned.

ValueError shows that the required element is not present in the list or tuple.

Since we have covered every aspect of the list and tuples and learned how similar and different they are in various contexts, let’s create a table between them for quick reference.

If you are looking for structured content to learn the basics of python, you may check the Guided Path on the Basics of Python.

Guided Path is one of the verticals under CodeStudio. It is a platform developed by some aspiring enthusiasts and working professionals who have experience in companies like Google, Amazon, Microsoft. At CodeStudio you get interview problems, interview experiences, and practice problems that can help you to land your dream job.

What is the difference between a Python tuple and a list?

Tuple and List are ordered collections of different data items in a single variable, but the key difference is that lists are mutable, whereas tuples are immutable.

Tuples are faster than lists.

Why is a tuple faster than a list in Python?

Tuples are faster because Python allocates memory to tuples in a single and small space, whereas, for lists, the memory is allocated in different chunks linked by pointers.

No, tuples are immutable, so their content cannot be changed.

List and Tuples both are the most used and versatile data structures of Python.

Here, This article briefly explains the key similarities and dissimilarities between tuple vs list in different contexts. So, We started with the fundamental definitions and learned syntax for creating a list and tuple.

We then discussed similar features like types of elements stored in both, easy access of data, etc., followed by the vital differences in mutability, memory usage, and built-in methods.

In the end, a table is created for a quick reference and recap to revise all the key points discussed in the article.