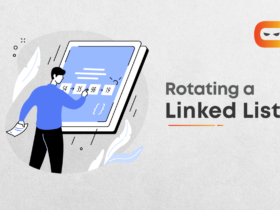 Java is an object-oriented programming language developed by James Gosling under Sun Microsystems and released in 1995. It is one of the most versatile programming languages present on the fact that Java code is platform-independent due to its property of converting compiled code into byte code.

This byte code is platform-independent and can be readily reused, moved, and scaled. There are multiple domains of use of Java. Some of the most popular applications that we use in our daily lives are built on Java.

It is supported by billions of devices at this moment and paves a way to develop highly reliable, scalable, production-ready applications with utmost ease.

Some of the most popular applications that are based on Java are – Wikipedia Search, Hadoop (for big data), Minecraft (most popular game of 2009), Twitter, Square, Eclipse IDE, Intellij, Gmail.

Let’s get into the very basics of the Java programming language.

These are contiguous memory allocation data structures that store elements linearly. Arrays are generally stored in stack memory although the new keyword can be used to store them in the heap. The basic syntax is given as:

As Java is an Object-Oriented programming language it is more based on data. Java treats data as an object or entity which is defined by the structure of a class. A class is a block that encapsulates data members, methods and helps to realize an object.

The basic class declaration can be given as:

These are elements that store data in memory locations. There can be the following types of variables supported in Java.

These are the statements that are used to perform some task according to the conditions that are applied to the methods. There are 3 types of conditional statements present in Java:

Every OOP language contains the main four features of OOPs i.e., Polymorphism, Abstraction, Inheritance, Encapsulation. These form the basics of any OOP language.

It is defined as the property by which the same entity can be used in different forms. The methods can be used for different tasks. Polymorphism is achieved by the concept of method overloading and method overriding.

This is the property of any class to inherit methods and functions from the superclass(another class from which it is deriving). There can be multiple forms of inheritance like:

The concept of showing only the important information rather than the minute complicated details is known as abstraction. In Java abstraction is achieved by using Abstract classes.

Abstract Class: These are the classes that are generally shared among its subclass but the definitions of methods inside these classes are not necessary. Each of the subclasses can now implement the methods of the superclass. The abstract class may have some methods defined also. In such cases, the defined methods can be overridden.

An interface is a class that is fully abstracted which means all the methods in the Interface class are not defined. These methods can be inherited by various subclasses and hence multiple inheritances can also be supported. Variables inside Interfaces are public, final, static, although the classes inheriting interface methods can also have their methods.

It refers to the concept of wrapping up the data members and methods into a class and that can be accessed using the instances of the class being created as required. The whole concept of classes and objects revolves around this encapsulation and it provides better security too.

Strings in Java are treated as non-primitive data types that store a sequence of characters. In java, there are two main classes to handle strings – String Buffer, String Builder.

Java provides a wide range of techniques to handle errors and abnormality. It has exception handling classes that throw an error whenever encountered and also provides the message for the error. It also supports the use of a try-catch block which catches the most fault-prone block of code and can simply move over it by moving to the catch block. It also uses the Finally keyword to handle exceptions and this statement is always executed no matter if the error is caught or not.

Java has this really useful support of advanced data structures through the Collections framework which has interfaces of the most useful data structures and these can be implemented using proper classes. These include ArrayList, HashMaps, Set, Queue, sorted map, etc.

In hashmap, there can be three main types of implementations:

What is a cheat sheet in Java?

This cheat sheet in java provides a roadmap and a brief intro to every important topic in Java.

What are the Java commands?

Java commands are the very basic commands used to know about the version, components of the java installed in a particular machine like java –version.

Java is a widely used language that provides support for various domains of technology. Most of the legacy code of popular applications is written in Java as it is highly scalable and reliable.

What is useful Java?

Java is platform-independent due to its compiled code of byte code which can be executed in any machine with the help of Java Virtual Machine.

Due to its platform-independent nature, Java is preferred for enterprise-level application development, server-side development, etc. If you are someone who is on the journey of learning this amazing language then keep this cheat sheet handy for easy and fast reference.

Hope this Java cheat sheet helps you to get a reference of the important concepts in the Java programming language.