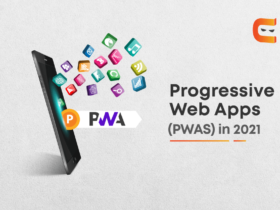 Many of you might be new to software development or have just learned HTML, CSS, and Javascript – looking to get into a framework and have heard about Angular but have little to no idea on the topic. So let me start off with what is Angular?

Angular is a front-end framework and is used to develop single-page applications. What I mean by single page browsers here is that one page gets loaded on your website and basically handles everything.

Now the next question that generally comes to our mind is whether or not learning Angular is important? Is it worth it? Like I mentioned above, Angular is a Javascript framework that is used to build single-page applications (SPA’s).

These SPAs are responsible for communications with the back-end servers without refreshing the full webpage and hence provide a better user experience. So if you don’t like waiting too long for a full webpage to reload, then yes angular is absolutely worth learning!

The demand of Angular and different job roles

Javascript framework Angular is one of the most in-demand skills in the IT industry in 2021. Some very popular websites that use the Angular framework are Netflix, PayPal, The Guardian, Lego, JetBlue, Freelancer, Weather, and many more.

If you follow the stats, you would know that Angular has been the most popular front end framework to create dynamic web pages for a long time now. Javascript has been the top used language on GitHub and StackOverflow and one of the main reasons for this is its popular framework Angular.

If such a vast majority of developers are using this framework, there must definitely be a reason behind it. And the reason is the high app performance, cleaner code, reusability of code, easy updates and cross-platform compatibility of Angular framework.

Coming to job stats, a lot of companies like Microsoft, Facebook, SAP, KPMG, Cognizant, Uber often ask Angular in interviews. The different job roles that you can aim in these companies are

Since, we have got it pretty clear by now that learning Angular can prove to be a turning point in our career and open a floodgate to many opportunities, let’s see some of the most asked Angular interview questions and their answers.

1. What is data binding?

Data Binding is an important concept in Angular that helps in defining the communications between a web page component and a DOM.

Data Binding is a process by which an internet user can manipulate the web page elements using a web browser. Mostly Data binding is used in web pages that contain interactive components like games, calculators, forms and tutorials.

In simpler terms, Data binding keeps your web page up to date based on the state of your application.

2. What is the difference between AngularJS and Angular?

Also, AngularJS is difficult to manage because of an increase in source code size, Angular is well structured, easier to create, and manages bigger applications.

3. What are templates in Angular?

The prerequisites to learning template syntax is that you should be familiar with – HTML, CSS, and Javascript.

With Angular syntax in your templates, you can extend the HTML vocabulary of the applications that you are building. One of the features is that Angular enables you to get and set DOM (Document Object Model ) values dynamically with features such as built-in template functions, variables, and data binding.

4. What are directives in Angular?

Directives are attributes that allow the user to write new HTML syntax specific to the applications. These directives execute whenever the Angular compiler finds them in the DOM.

The following command is used to create an attribute directive:

Example of built-in directives in action:

*ngIf is used to check a boolean value and if it’s truthy,the div element will be displayed.

5. What are annotations in Angular?

Note that they are different from Decorators. Annotations and Decorators are two very different, competing and incompatible language features to compile the @symbols that we often see attached to the angular components.

6. Explain the difference between one-way binding and two-way binding?

It has a default structure as shown below:

8. How can you perform error handling?

If the request fails to reach the server or fails on the server, then in this case HTTPclient will return an error object instead of a successful response. To handle this issue, we need to pass the error object as the second callback to the subscribe() method.

Also, it is always useful and a best practice to give the user some meaningful feedback instead of a raw error message that is returned by the HTTPclient.

AOT stands for Ahead of time. It is a type of compilation that compiles your application at build time. For AOT compilation, we need to include the –aot option with the ng build or ng serve command.

10. What are the advantages of AOT?

AOT has a lot of benefits as mentioned below:

11. Can arrow functions be used in AOT?

No, arrow functions cannot be used in AOT. Here is an example of a code snippet that is invalid:

We can fix this as follows:

12. How can we inject dynamic script in Angular?

We can inject dynamic HTML, script, URL in angular by using DomSanitizer.

13. What are workspace APIs?

Workspace APIs to make it easier for developers to read and modify the angular.json file instead of manually modifying it. We can enable or add optimisation build target as mentioned below:

14. Can you explain router imports?

The Angular Router which represents a particular component view for a given URL is not part of Angular Core. It is available in a library named @angular/writer to import required router components. For example, we import them in-app module as below:

The AOT compiler supports macros in the form of functions or static methods that return an expression in a single return expression.

How do I prepare for an Angular Interview?

From an interview preparation point of view, firstly clear all the basic concepts of the Angular framework. A lot of questions asked in the interview test your basic understanding of the framework.

Second, Practice! Don’t just keep going through the theory but apply the angular framework in your applications. The more you use it, the better you will understand its concepts and various uses.
Third, go through the Angular Interview Questions on the framework by the company that you are interviewing for.

Should I build an application using Angular framework?

Yes, definitely! Not only will that look good on your resume and LinkedIn, but because of this the interviewer will also know that you have practical knowledge on how to build applications using angular.
It will give you an edge over other candidates with just Angular written in their resume. Also, you can work as a freelancer, build applications and earn at the same time!

Is angular still relevant in 2021?

Angular is a good choice while preparing for any company interview or for the purpose of building an application for yourself. It is one of the most mature of the frameworks – a complete framework to develop front end applications.

Also, going by the facts, angular has been chosen as the second most popular technology by a survey conducted by stack overflow. This framework is being used by almost 40% (that is a lot! ) of the developers to create the user interface. So overall yes, if you want to develop a front end application, angular is a great choice.

What are the most asked interview questions in Angular?

These were some of the most commonly and frequently asked conceptual Angular Interview Questions that every candidate must know before going to sit in an interview. So how many of these questions did you already knew? Doesn’t matter, what matters is that now you know them and will be able to answer and explain the concepts fluently to the interviewer!

Angular is a fun framework and you can have so much fun and discover so many new things while working on this. We understand that preparing for interviews can be nerve-wracking and hope these Angular Interview Questions will help you during your interviews and you learn and grow in your role!