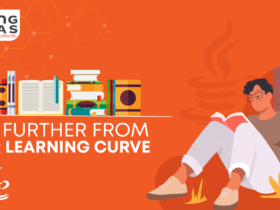 Have you at any point stuck in the circle of dreams called Fake Awakeness where you think you emerged from a plan?

However, you’re not last; you come out when you have a stun or complex issue in a dream.

This is what recursion means! You need to iterate through the loops until the condition fails. As a result, recursion has been a hot topic commonly asked in most top companies Flipkart, Google, Snapdeal, Walmart, and many more.

In programming, recursion is a method for handling an issue where the plan depends upon answers for more minor events of comparative cases.

Such matters can be addressed by cycle; however, these requirements recognize and file the more minor circumstances at programming time.

The methodology can apply to numerous kinds of issues, and recursion is one of the focal thoughts of software engineering.

The force of recursion lies in the chance of characterizing a boundless arrangement of articles by a limited assertion.

Additionally, a restricted recursive program can portray an infinite number of calculations, regardless of whether this program contains no express reiterations.

This recursiveness in a capacity or idea is firmly identified with the strategy known as numerical acceptance and is principal of significance in rationale and science.

We have another Exciting chapter on your way to relate recursion that is mathematical induction (PMI).

We can categorise the recursion into two types as

When in the body of a method, there is a call to the same way, we say that the technique is directly recursive. Factorial and Fibonacci Series are the best examples of direct recursion.

We have three types of Direct Recursion. They are

Linear recursion starts by testing for many base cases; there ought to be at least one base case or base condition in the function call.

Factorials can be built by a number by each number under it. Then, the interaction is utilized, and other things to track down the quantity of “n” items can be organized. Moreover, a factorial can be a recursive capacity as we can ascertain more huge numbers by computing factorials of lower numbers.

Ex: To calculate 5’s factorial, we have to multiply the natural numbers between 1 and 5, including. Which essentially means multiplying the literals(1 to 5) five times.

Did I just say “CodeStudio”? Probably, I need to explain this a little more.

So this platform is developed by highly talented people who have demonstrated work experience in different companies like Google, Microsoft, Amazon. CodeStudio contains high-quality content for people preparing for tech interviews to get into product-based companies as Software Development Engineer(SDE1).

The many Fibonacci succession is a progression of numbers where a number is expanding the last two numbers, beginning with 0 and 1.The Fibonacci Sequence: 0, 1, 1, 2, 3, 5, 8, 13, 21 … Written generally speaking, the articulation is: Yn = Yn-1 + Yn-2. All of the squares portray the space of the accompanying number in progression.

The Fibonacci turning is then drawn inside the squares by interfacing the edges of the compartments. The squares fit together impeccably because the proportion between the numbers in the Fibonacci succession is extremely near the brilliant proportion, which is around 1.61803…

The bigger the numbers in the Fibonacci arrangement, the nearer the proportion is to the brilliant proportion.  The twisting and coming about square shape are otherwise called the Golden Rectangle. Some of the top questions asked by leading companies on basic recursive are The nth term of GP and Tower of Hanoi.

In Arrays, we have various kinds of arranging procedures like quicksort, mergesort, selection sort. We likewise have other looking through techniques like a Linear Search, and Binary Search is the vast majority of the sharp ear flavouring.

Strings have various issues like removing a substring, adding and removing characters, reversing a string, removing duplicates, converting string to integer, and many more.

Data Structures are the core of developers to reduce the solution of huge linked lists, trees, Binary search trees, and significantly more in backtracking like sudoku, N-Queens, Paths in the maze, etc., and so forth.

Recursion is generally helpful in Data Structures. First, we break them into more modest aggregates and afterwards apply recursion to address the large one to tackle complex issues.

The above picture is one example of merge sort where we use the divide and conquer method. Merge sort is used to sort the array elements.

For example, sort a given list of n natural numbers, split it into two lists of about n/2 numbers each, sort each of them in turn, and interleave both results appropriately to obtain the sorted version of the given list.

These questions are the toughest of recursion and frequently asked in product-based companies like Google, Microsoft, Amazon, etc.

What are the topmost applications of recursion?

Recursion has its vast applications, but it helps calculate the agile score as agile is core for most software companies.

Does return statements are compulsory in recursion?

Can we solve every problem using recursion?

No, recursion makes solving problems easier by breaking them into smaller sub-problems, making issues easier to understand. As such, not all problems can be broken down into smaller subproblems to be solved recursively.

What is the base condition in recursion?

The base condition is the possible minor problem in a significant issue that doesn’t require any functions to solve.

We have also discussed a brief path to master recursion and different problems to practice on Arrays, Strings, Linked lists, trees, and top questions asked by different product-based companies like Google, Microsoft, and Snapdeal.

To practice more sums on competitive coding, Interview problems, and guided paths for programming languages, Data Structures, and core subjects of Computer science at CodeStudio, you can refer to this document for customized problems.