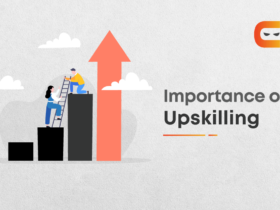 Why is it Important For Working Professionals to Constantly Upskill in Coding?

Android is a touch screen mobile operating system built on a revamped version of the Linux kernel and other open-source applications, developed specifically for smartphones and tablets. Android is created by a developer partnership known as the Open Handset Alliance and is financially supported by Google. It was first announced in November 2007, and the first commercial Android smartphone was released in September 2008.

Android is currently the most common and powerful mobile operating system on the market. Before we get started with the tutorial, let’s look at why Android is such a good platform for app development.

What is the best Android development tutorial?

Android is now one of the most widely used operating systems on the planet. As a result, many young developers are eager to learn how to programme and build Android applications.

There are many Android development tutorials available on the Internet. Aspiring Android developers will benefit from these tutorials, which will teach them how to programme and create applications for Android devices.

Whether you’ve never programmed before or are new to mobile development, this is where you can begin by joining various Android development tutorials. There are various online tutorials where you can get expert guidance, visually informative examples of deep concepts, screencasts and code challenges to test yourself and mark your development.

There are several Android development tutorials with Kotlin that will teach you how to use the right software and technology to create user-friendly apps from scratch effortlessly. Through the specialised database and databases, you can learn the fundamentals of types, menus, intents, tasks, and testings.

You’ll discover how to work best with the lifecycle of Android operations. You will be able to develop an Android app in Kotlin successfully and will have a strong understanding of the foundations of Android app development in Kotlin.

Learn how to Develop Android with tutorials on Coding Ninjas and upgrade your skills to a professional level.

What language is used for Android app development?

The first step in developing Android apps is to choose a language. The distinctions between the different Android programming languages can be very subtle.

The following are some of the languages you may want to learn for Android development:

●  Kotlin: Another official Android language is Kotlin. It is similar to Java in several respects, but it is a bit easier to grasp. It is now Google’s favourite language, but it is not as commonly used outside Android Studio. This may make it less attractive to those looking to work as developers on several projects.

●  C++: Android Studio supports C++ as well, thanks to the Java NDK. This enables native coding applications, useful for stuff like sports. C++, on the other hand, is more difficult, and this alternative would mostly cater to big, experienced teams. Unreal Engine also supports C++.

There are absolutely no limitations on what users can do on an Android smartphone. But have you ever considered the developer’s perspective on the Android OS? If not, you should be aware that the Android OS, while popular among consumers, is not popular among developers for various reasons.

An Android developer faces many difficulties and while using Android apps is easy, creating and designing them is difficult. The design of Android software is very complicated.

However, to achieve high-quality results for Android users, an Android developer must overcome these difficulties and uncertainties. These complexities are discussed below:

Is Python good for mobile apps?

You may use Python for mobile apps. It is now possible. Thanks to the Kivy framework, which was published in 2011. It enables cross-platform software creation for PC and mobile devices. This architecture employs a unique collection of UI instruments that engage the same control elements across platforms.

But is it possible to build native mobile applications in Python? It is. BeeWare, another system, will assist you with this.

How can I learn Android development?

If you want to study mobile development as a passion or create an app for your organisation that focuses on showcasing content rather than complex functionality, you can start by learning one of the cross-platform frameworks. If you want to work as a programmer and increase your chances of being hired, you should first lay a solid foundation by learning native Android creation.

It is not really like you’ll have to start from scratch later because you choose the wrong starting language or forum by mistake. Understanding the basic logic, data types, and design habits in code written by yourself and others allows you to develop software engineering skills that extend outside the language or platform you’re working on.

So choose something and stick to it for as long since you’re a beginner. You also need to watch the Android Development tutorials mentioned above to get started.

Coding Ninjas CodeStudio is a dedicated boot camp program that helps you advance your learning tips and increases your chances of getting selected for your dream job. Grab the opportunity! Prepare for your dream job with us!

Is it possible to learn Android without learning Java?

No, it is not. There is no way to learn programming in Android without first learning Java.

What is the perfect programming language for Android?

Java is the most well-known and widely-used programming language for Android app creation. However, Kotlin is now supplanting conventional Java, which was previously used to power Android programming.

How long does it take to become a Google Accredited Professional?

It usually takes around 22 hours in all. Level 1 training lasts 12 hours, while level 2 training lasts about 10 hours. Once you’ve completed all stages, you’ll be a Google accredited professional.

Can you develop native mobile apps in Python?

Yes, it is possible to build native mobile applications in Python. BeeWare, another system, will assist you with this.

Do I need to learn databases to develop Android apps?

Yes, you need to learn databases and SQL to organise your data in the app.

What is the importance of XML in the development of Android Apps?

Java and XML are two major skills to learn for Android app development. XML will help you to build a robust app.

Which IDE can I use to develop android apps?

Android App studio or Eclipse can be used to develop Android Apps. You can also learn Apache Maven and Gradle.

Which fundamentals of Java are used in Android App Development?

In general, the best way to learn to programme is to create your projects, study each phase and learn from the online Android development tutorial. However, if you’re just starting out, you probably don’t know where to go.

Perhaps you don’t even know how to build an IDE (an “Integrated Development Environment,” the programme under which you write code) like Android Studio. We suggest that you master the fundamentals with a nice, well-structured beginner Android Development tutorial.