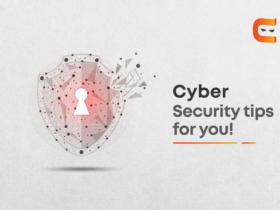 Data analytics, analysis, and statistics play a huge role in Data Science. It can be considered to be one of the most important fields of data science which is heavily required for most Data-centric processes or services. R in Data Science is a known name and highly preferred by both data scientists and statisticians.

For instance, ranging from Machine Learning to analysing trends in data to predict outcomes or for statistical analysis, R is heavily relied upon by data scientists and projects. This is why R is a great choice for data scientists, it is a high-level interpreted language highly suitable for data-backed projects and research.

R is built by statisticians for statistical analysis and other statistical purposes, being especially adept in working with data. R is a great addition to a data scientist’s toolbox and this article will delve deeper into the value R adds to IT and other processes.

An Introduction to R

R offers an open-source software environment, highly useful for statistical and graphical purposes. R is used by statisticians, researchers, scholars and data miners to facilitate the many functions that Data Science has to offer.

R is being maintained by the R Foundation for Statistical Computing. R is one of the most preferred choices when it comes to Data Science and analytical tasks. With an environment and language built primarily to power statistical analysis, working with massive amounts of data or datasets seems incredibly easy using R, especially when tasked with finding out predictive values or results.

R is a high-level programming language that does not require compiling and is based on S, its predecessor. R has seen a lot of development since the time of S-PLUS, the commercial version of S. However, most of the codes in S-PLUS are not altered and can still be observed being executed in R.

The official stable beta of R was first released by 2000. As of 2021, R is one of the most popular programming languages globally. R’s official software environments are GNU packages and are primarily written in R, Fortran and C.

Being written in R itself, it is a bit self-hosting in nature. R promotes object-oriented programming which has strong statistical computing standards and also supports the usage of Python, C++ or Fortran codes for manipulation and during computationally intensive tasks.

R offers many advantages to data scientists and statisticians, here are some of the main benefits of using R.

Applications of R in Data Science

R has many applications in Data Science, it assists in powering many valuable components of Data Science and offers the benefits that modern Data Science has to offer to businesses and services. When talking about R in Data Science, it is extensively used in many fields to make services and processes more effective alongside data scientists and analysts to increase profit and use resources more efficiently.

Here are some of the important fields where R is used to power tasks that fall under Data Science and direct uses of R in Data Science.

R is highly used in R&D as it is great at working with massive amounts of data to promote analysis and breakthroughs in research. R helps find required values or predictive values from data which further can assist in development.

R can be useful for just research or development backed by research, as well as by assisting with valuable strategies and working with the variables to figure out the required course of action. It also helps reproduce the results later on.

R can help in dividing work among human assets by effectively assigning time and tasks to employees. This also helps in workspace management as well as human resources.

R helps both large and small businesses by conducting statistical analysis and analysing business trends to predict future challenges, opportunities of growth as well as help curb down immediate risks and loss.

R helps companies take better business decisions with predictive insights and visual representations through graphs by extracting valuable information from historic and business data. These are some of the most important and highly observed uses of R in Data Science.

R is one of the most preferred options for financial services and companies. R offers a huge range of statistical tools that power various financial functions such as risk measurement, credit-risk modelling and market analysis. R also helps produce interactive visualisations and graphs for financial reports. R is used alongside Hadoop to promise customer analysis and segmentation as well.

R powers many functions in the fields of Medical Research, Genetics, Epidemiology, Bioinformatics and medicine. From empowering patient and disease analysis to chemical discoveries, R is extensively used to perform exploratory analysis during pre-clinical trials and for effectively working with drug-safety data. R also assists in analysing genomic data or for modelling epidemiological requirements.

From its uses in social media data mining to customer behaviour analysis, R has a wide range of uses in Social Media and advertising. Most of the data in social media are unstructured. Hence R is heavily used to target, extract and analyse this data to promote social media analytics for various functions like customer segmentation, audience targeting and building relational graphs, thus helping with effective marketing or advertising.

Which companies are using R real-life?

There are many companies that depend on R to make way for various services and to support valuable functions. This also translates to a promising future for skilled data scientists who wish to work with R.

Learning R opens up many opportunities for great data scientist careers in many big and smaller corporations. Here are some of the big organisations that use R in their daily processes.

Why should you learn R?

R can be learnt for learning how to use statistical analysis for various functions and building incredible graphs for various business and research purposes. Other than developers and data scientists, scholars, statisticians and researchers can also opt to learn R to work more effectively.

Why is R good for data science?

R is good for data science as it was specifically built to facilitate the use of statistical methodologies which are necessary to support data science and the fundamental components of data science.

Should I learn R for data science?

Yes, R is a great choice for budding data scientists and interested statisticians. Learning R opens up a gateway to many new things and possibilities that Data Science has to offer.

What is R for data science?

After acquiring the required knowledge of syntaxes and going through the fundamentals of R, R becomes relatively easy. Unlike Python, which is easy for beginners to learn, R is comparably more complex to pick up, however, once budding data scientists are determined enough, R can be easily learnt and used effectively.

Is R better than Python?

Python is more versatile and has more uses than R, however, R specialises in statistical analysis and working with data, while Python is great at building applications and software, R is the best and most preferred choice for data-centric projects and statistically powered tasks.

Do you need programming knowledge for R?

Yes, one needs to know fundamental computing and have basic knowledge of programming and Integrated Development Environments in order to learn R. However, it will be much easier for statisticians who have computing knowledge to learn R as R uses its own statistically inclined language.

Which is the best Integrated Development Environment for R?

RStudio is one of the best Integrated Development Environments for R. It consists of a great console and a syntax-highlighting editor that is capable of executing code directly. RStudio also contains tools for debugging, plotting and workspace management.

What is the future of R?

The future of R is great with the advent of Data Science and the dire requirement of Data Science tools and technologies to power most of the services and companies we see today. R has immense potential and Data Science enthusiasts who wish to learn R can experience incredible growth and opportunities through R.

There are many applications of R in Data Science and the incredible value it brings to data scientists and many Data Science supported processes is immeasurable. R is a highly recommended option to work with for future data scientists, and interested individuals can definitely invest some time in R to learn more about this language and tool.

Have a doubt in mind? Get it resolved from our free video or mentors!

R is very resourceful, allowing extensive manipulation and expansion of its already large list of services, thus, effectively future-proofing it and establishing its value even more. It is advisable for both beginners and skilled developers to learn R, as it opens the gateway to many new possibilities when working with data and when conducting complex analytics. R can be used for a variety of functions and tasks; it is definitely one of the best programming languages out there.