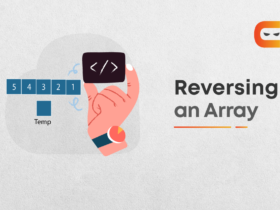 Historically, before the introduction of JS Map, objects were used to carry out the functionalities of maps. Maps are similar to objects, as both let users assign keys to values, allowing the retrieval of those values. However, JS Map can remember the original order of insertion of the keys, removing the chances of the initial order being jumbled.

Fundamentally, using the JavaScript .map function allows the iteration of an array, allowing the modification of its elements using callback functions. Callback functions are then implemented in a loop on every element inside the array. Using JS Map while coding allows developers to work much more effectively and consume less time.

The map is a class that allows users to effectively map values, object and array classes are not especially great at this task. JS Map allows users to avoid spending extra time adding additional codes and approach operations more directly in JavaScript.

What is a JS Map?

In JavaScript, a map can be defined as a class that contains elements with designated keys while their primitive value is stored. JS Map also allows users to effectively map two values. The map function creates a new array from the original elements in given arrays. JS Map uses the array.app method to implement functions on the elements contained in the array such as multiplication, division and combinations.

The .map function allows the iteration of an array, allowing its elements to be manipulated using callback functions. Callback functions are then implemented in a loop on every element inside the array. Fundamentally, JS Map creates the arrays by calling specific functions from all the elements the parent arrays contain.

Here are some popular properties and methods which can be used in JS Map:

Let us check how maps can be used with different elements and values inside JavaScript.

Using array.map on a Javascript array,

How to Use a JS Map?

Here is how one can use JS Map to effectively get faster results while coding.

Here is an example of how the .set method can be used for storing data in the map:

Here are some fundamental advantages that the Map function offers:

Read about, “How does online JavaScript Compiler work?”

Here are some examples of using JS Map to help working with various arrays, sets of information and functions. JS Map can be used to effectively map the keys with each other and with key-value pairs for various functional, operation and mathematical tasks.

What is a JS Map?

JS Map is a class that can contain elements and assign them keys while storing their pre-existing values to assist in the implementation of functions.

Is JavaScript Map a HashMap?

Yes, JS Map is a HashMap and comes native in JavaScript. HashMap is referred to by this term as it is powered by a method known as Hashing, which is a technique involving the conversion of large strings to smaller strings that fundamentally represents the same values and the same string.

What is new map JavaScript?

New Map is used when a JS Map is created and allows users to create new maps either pre-determined values or new values.

How do you map an object?

What are the parameters in the array.map method?

There are two main parameters in the array.map method, function and thisValue. The function parameter consists of three parameters, currentValue, Index and arr. The thisValue parameter is optional and contains the value passed for the function.

How do you group an array in JavaScript?

An array of objects can be grouped using the reduce method which executes the reducer function which is applied to the elements of the array. This results in a single value during output.

Can I map an array inside an array?

Yes, one can map an array inside an array by using maps to create a two-dimensional array where every element in the array is an array consisting of two items, the key and the value.

Yes, maps can prove to be highly useful when there is a requirement of iteration or implementation of functions inside arrays using the elements inside.

Is JS Map easy to learn and use?

Yes, it can be easily learnt and is very easy to use. One can easily use maps for lookup and dictionary related tasks. Maps are incredibly easy to use with values, arrays and objects, being simple to effectively use for mapping values and keys or when functions are being stated.

Map class is supported by the latest editions of Google Chrome, Microsoft Edge, Opera, Mozilla Firefox, Safari, Internet Explorer and other browsers, including mobile browsers such as Samsung Internet and Node.Js.

Using maps makes developing in JavaScript faster, versatile and allows users to acquire the results they want with accuracy. JS Map is a very useful class that can be used instead of objects and other classes to implement various functions and tasks.

Have a doubt in mind? Get it resolved from our video or mentors!